Children across the world have enjoyed playing with a simple mechanical toy that uses a twisted rubber band to give propulsion to a winged aircraft, yet not many realise that it was the French inventor Alphonse Pénaud who first used twisted rubber to power a flying model in 1870 and adopt its successful propulsion effect to make a lasting impact on the future of aviation.

The principle of a helicopter was not new – Launoy and Bienvenu had presented an ingenious toy made from feathers and string to the French Academy of Sciences in 1784 - but Pénaud’s idea of the twisted rubber band was to go on to influence many experimental, heavier-than-air, aircraft designs. Pénaud himself developed this idea to create his Planophore in 1871, a monoplane model which was able to self-stabilise due to its curved wing tips providing a dihedral effect and its rear-mounted stabiliser, allowing flights for up to an impressive 60 metres. The name Planophore derives from the Greek terms Plano meaning capable of movement, and Phore meaning bearer.

The 15-gram model plane was officially demonstrated on 18 August 1871 for the Société Aéronautique de France in Paris, in the gardens of the burnt-out ruins of the Tuileries Palace, just three months after the dramatic ‘Bloody Week’ that brought the Paris Commune reign to an end. Against this backdrop of social and industrial revolution, how many of the onlookers were predicting that 150 years later, the city would be home to two airports serving millions of passengers from across the globe?

In the Tuileries gardens that day, Pénaud’s aircraft made a successful flight of 40 metres in 11 seconds. Humankind was one step closer to commercial air travel. 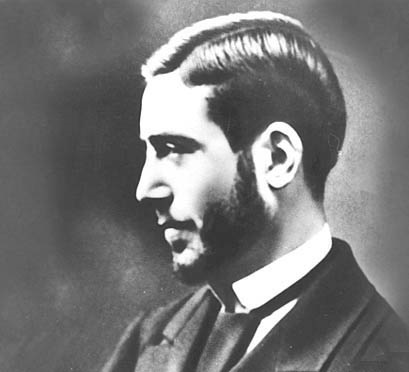 Pénaud’s work was integral to the rapidly developing mechanics of aviation in the late 19th Century. Inspired by revolutionary new designs such as George Cayley’s Coachman glider, Henson and Stringfellow’s steam-powered monoplanes and Félix du Temple’s clockwork and steam-powered craft, engineers, inventors and enthusiasts bred and shared ideas as they sought ever more elaborate ways of giving humans the power of flight.

Supported by new organisations such as the Société Aérostatique et Météorologique de France and the Aeronautical Society of Great Britain, Pénaud and his fellow inventors made the designs and patents that would give lift off to the aviation era, and at the start of the 20th Century in 1905, led to the creation of the FAI which continues to support aeromodelling and experimental aircraft to this day.

Still brimming with ideas, Pénaud continued to research and create aircraft: the ornithopter became a successful toy, and in collaboration with engineer Paul Gauchot, designs for a full-size aeroplane took shape, with innovative features such as a retractable undercarriage, centralised controls, electrically operated elevators and a pair of propellors working in opposite directions to avoid torque. Designed to be propulsed by steam power - although steam engines in existence at the time were thought to be too heavy for it to be successful – it was submitted for a patent in 1876. 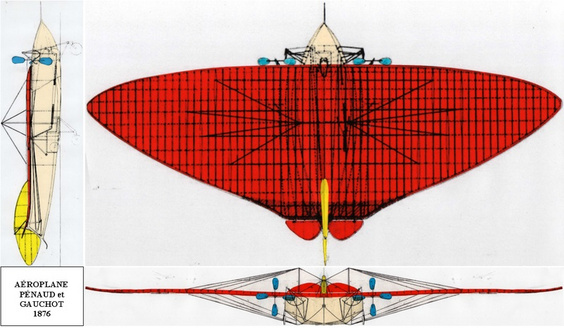 Very sadly, dismayed by the lack of interest in the funding of his idea and after separating from the Société Aéronautique de France, Pénaud took his own life in 1880 aged just 30. His ideas however, have lived on beyond his short life, with aviators such as Octave Chanute including his positive reflections on Pénaud’s aircraft in his publication Progress of Flying Machines in 1894.

Pénaud’s twisted rubber band toy even made its way across the Atlantic, and into the home of two young children named Wilbur and Orville Wright. The rest, as they say, is history…