In 100 days, the 61st Coupe Aéronautique Gordon Bennett, the FAI World Long Distance Gas Balloon Championship, will take off on 8 – 10 September 2017 from the airfield in Gruyères (SUI).

The Coupe Aéronautique Gordon Bennett, the FAI World Long Distance Gas Balloon Championship, is the oldest and most prestigious event in aviation and the ultimate challenge for the pilots. The goal is to fly the furthest non-stop distance from the launch site. The international competition was initiated by adventurer and newspaper tycoon James Gordon Bennett, Jr. in 1906. Little did he know that this race was to continue until today.

This year’s 61st edition of the Coupe Aéronautique Gordon Bennett will be hosted in Gruyères, Canton of Fribourg (SUI), and will take off on 8 September 2017 from the airfield in Gruyères (SUI), with the well-known scenic Gruyères Castle as a spectacular backdrop. The international competition brings together 22 teams from 13 countries. They will vie to fly the greatest distance, measured in a straight line from the launch site to the landing site, with no time limit. It is a story full of adventures: the greatest distance ever flown in the history of the Coupe was 3400 km (2005); the longest time spent in a basket was 92h11m (1995).

The Coupe will assembles the “crème de la crème” - the world’s finest gas balloon pilots - including the current world champions from 2016 and 2015, Team SUI01 of Kurt Frieden and Pascal Witprächtiger, that will race against the local Team SUI02 of Nicolas Tièche and Laurent Sciboz, runner-up pilots in 2016. Team SUI03, composed of Walter Gschwendtner and Max Krebs are the third Swiss crew; they have respectively participated in seven and sixteen Coupes.

Teams to watch for are Team FRA01 led by Vincent Leÿs who has been victorious in the event an epic eight times; no pilot ever in the history of the Coupe has won so many race editions. Also watch for Matthias Zenge (GER03), long-time race-partner of Wilhelm Eimers who has flown the Coupe a historic record number of 26 times; winning four times.

This competition, the World’s Number 1 Balloon Challenge, draws the best of the best pilots in the world. Competition is going to be fierce, and with each team pursuing its own strategy, any of them could make it to the podium.

The balloons are scheduled to take off on Friday, 8 September in twilight just before sunset. Spectators will gaze in awe when the silent giants gently soar into the night.

Visitors to the event will have the opportunity to discover air sports during the whole weekend, both on the ground and in the air.

Gas balloon enthusiasts are invited to follow the competition “live” on www.gordonbennett.aero. GPS-devices transmit their positions in real time and will bring the tension right at your screen. Regular updates from the Race Headquarters and expert comments from legend Brian Jones are available via the web and social media channels. 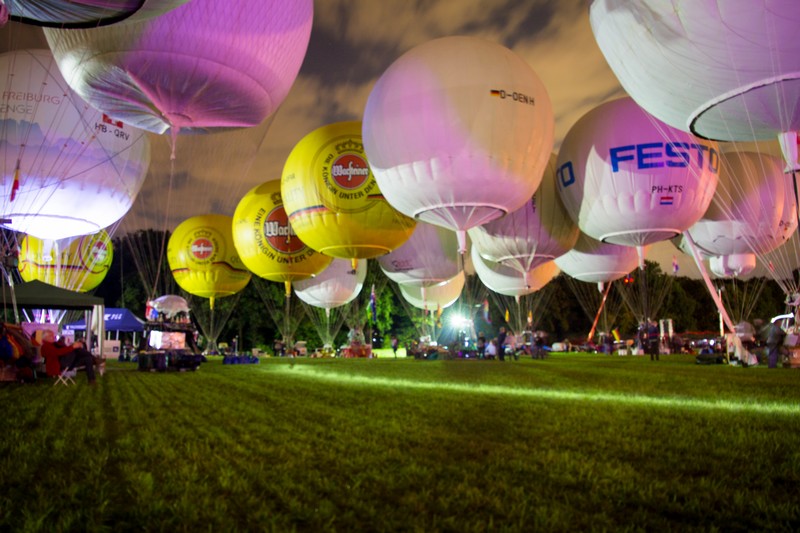