It finally happened! 17th Paragliding Worlds will color the blue skies of Argentina. The event will take place from October 31 to November 13, 2021. It is organized by Aconquija Club de Vuelo led by Matias Fortini and Aventura Loma Bola Parapente headed by Sergio Bujazha. Argentina NAC  - Confederación de Entidades Aerodeportivas - has given full support to the event.

This is a far more notable achievement, as this year the history of the PG Worlds celebrates its 30-years-anniversary. In 1991 Robbie Whittal was crowned as the first-ever Paragliding World Champion. Paragliding World Championships are the top of the top events of the sport. They are held once in 2 years. To be allowed to compete the pilots shall be selected by their NAC and moreover be included in 500 top-ranked pilots in the World or get at least 40 points in a Category 2 event - i.e. participate and win in the CIVL events throughout the last 3 years. Only certified equipment - wings, harnesses, and flight instruments - is allowed. CIVL regularly publishes the news on equipment updates. The decision to hold an event is taken by CIVL Plenary 3 years in advance. The organiser wishing to host an event presents a bid - a complete sport and financial plan of the championship. This time however it was completely different. The championship was scheduled to take place in France, in May 2021, but was canceled due to COVID. The restrictions over the EU were hard at that time. Then CIVL was approached by the Loma Bola organisers, who said that their location will allow hosting the event later in November when the pandemic was supposed to go down. The clubs have already had the experience of hosting FAI Category 1 event - Pan American Paragliding Championship in 2014. Having evaluated the risks the CIVL Bureau took the decision to give it a try.

It was a tough event to organize - on top of all the regular works the organisers had to convince the country's government to allow the entry of the international sportsmen. Argentina still has a ban on international tourist travel. So every competitor entering the country was granted special permission from the Ministry of Foreign affairs of Argentina. Not speaking of the travel problems. South Korea has so far won all the medals for spending the most time in the air to get here: 120 hours each. Hopefully, after a change of aircraft, their next stop will be the team podium. The pilots from the United States hold the record for the most canceled flights. Wingtips crossed, their flights over the next two weeks will all take off on schedule.

Despite all the bureaucratic and travel difficulties the event is full - 150  participants came to compete in Tucuman. 37 Nations presented. Not all the nations were able to arrive in Argentina. Each national team consists of a maximum of 5 pilots including 1 female but only 2 best will count for the National team ranking. There are nations that sent more pilots who will compete only in the individual ranking.

Three South American teams stand out as being contenders for the podium. Argentina is a clear favorite with a very thermic team and a lot of local knowledge. Brazil and Colombia are also fielding full teams with a lot of very current pilots. From Europe, France, Austria, the Czech Republic, Hungary, Poland, and Switzerland are all fielding full teams of four male and one female pilot. They have taken part in a lot of the World Cups which have restarted recently in Europe. There are a lot of smaller, but perfectly formed teams, which will also be well worth watching, North Macedonia and Serbia to mention but two. From Asia, teams Japan and Philippines are here and hungry for more medals.

The French team is a favorite, but Loma Bola is very different from the Alpine conditions which many of their team players are used to. Team Germany has an essential ingredient; some of the most experienced pilots and veterans of this competition. A team competition often relies on tactics and knowledge of how to work as team players, rather than just individuals. 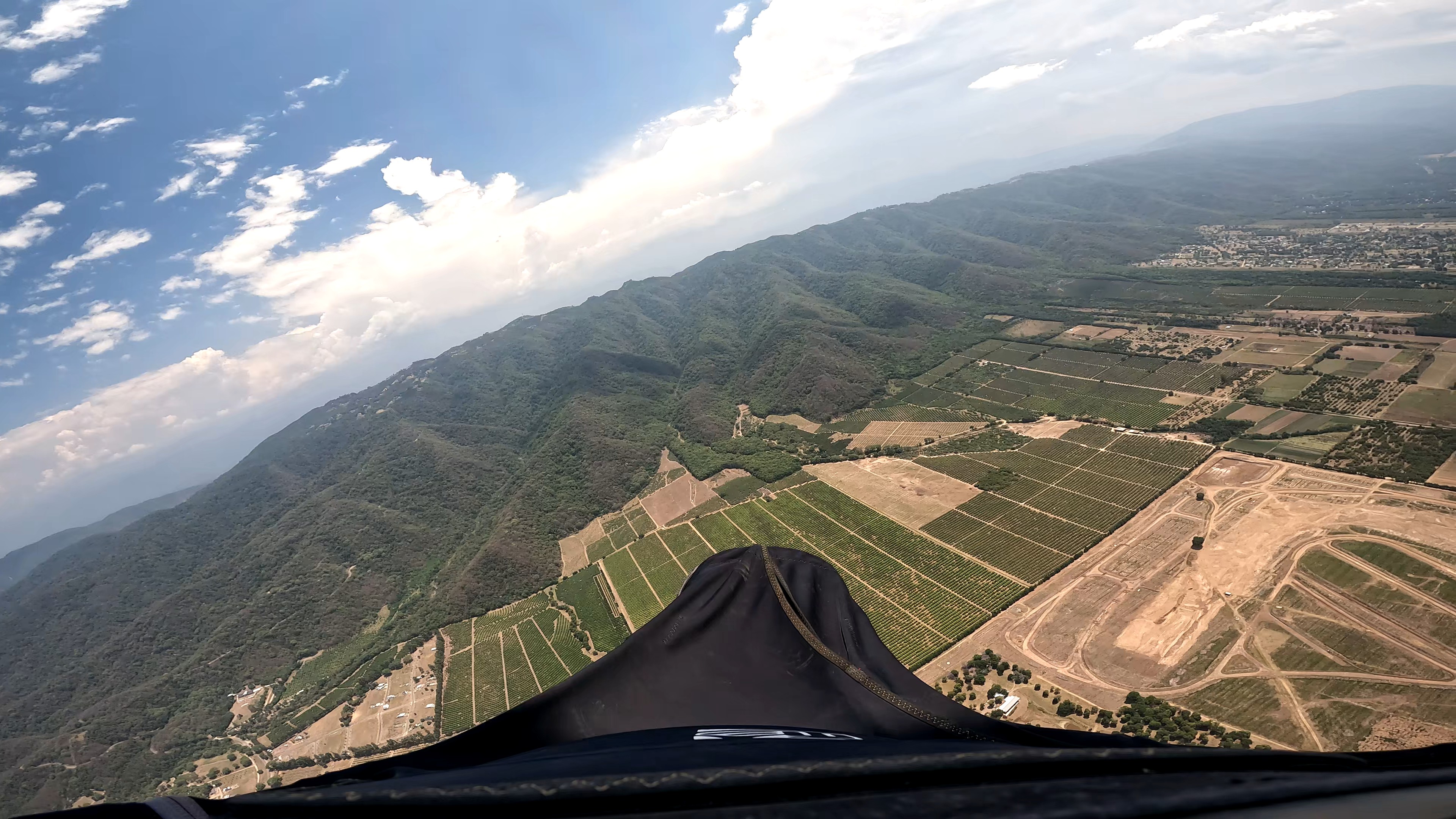 The competition is being held close to the town of San Miguel de Tucumán in northern Argentina, 1,250km northwest of Buenos Aires.  The take-off, Loma Bola, is a mountain sports center, focused primarily on paragliders for over 20 years.  Loma Bola Take off - 1350 m ASL (-26.82263, -65.36873) 26º49’21.48’’ S – 65º22’07.41’’ W It features great amenities such as bar, parking, bathrooms, Internet access, etc. It has enough space for 5 - 6 pilots to take off simultaneously. The entire surface has a very comfortable lawn sloping to cancel a takeoff at the last minute without consequences. It has a height of 800 m and spring ceilings of about 1200 m above takeoff are achieved. Prevailing winds 5 to 18 km / h are from the South - Southeast and usually at this time of year fly between cumuluses that show the way. The CRT area International Airport is about 10 km east of the launch, on the plain.  While flying the pilot will experience different landscapes, from the mountain ridge of Yungas forest to the flats through citrus and strawberry plantations or large fields of sugar cane. The flat area has a lot of access routes or locations for easy rescue landings. The pilots will be flying tasks over flat farmland out in front, creeper-covered slopes, and arid flat lands to the north.

How it will go on

Competition flying days are November 2-12. The prize-giving and closing ceremony will be on November 13, 2021. We will regularly inform you about the flying conditions and the course of the event. During the preceding training days, the conditions were mild wind about 10 km/h, and thermals of 1,5 m/c. You can watch the event live. Please find the live tracking links below.

As far as the scoring is concerned, each pilot’s score is comprised of three parts: Distance points, Time points, and Leading points. Each day is scored out of a maximum of 1000 points. The route the race will take, an explanation of the scoring, and an insight into the pilots taking part will be given in the live commentary every day.

The live commentary, tracking, leader board, and scores on Airtribune

Flymaster live tracking of the event

A gallery of photos that the pilots will be adding to throughout the competition  (Please mention the author and FAI CIVL as the source.)