We have a new World Hot Air Balloon Champion!

Stefan Zeberli of Switzerland has been crowned World Hot Air Balloon Champion 2022, under a beautiful blue sky in Musrka Sobata, Slovenia. The pilot was already a name to watch out for, having moved from 3rd place in Saga, 2016 up to silver medal position in 2018, but was behind Fujita at the start of the 2022 competition. Zeberli was handed the trophy by previous champion, British pilot Dominic Bareford.

Silver and bronze medallists Yudai Fujita and Nicholas Schwartz did very well, moving up the rankings from 16th and 19th respectively in 2018’s competition. Schwartz came close to the podium in 2016, taking 4th place. 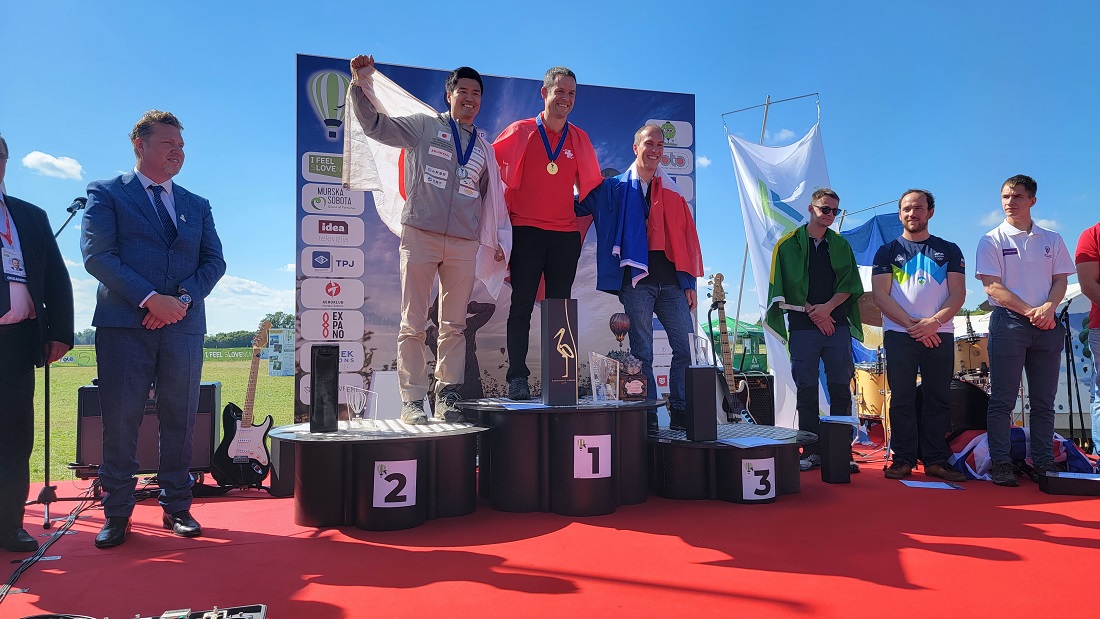 A total of 32 countries were represented in this much-anticipated championships, which had been postponed since the Covid-19 pandemic. The competition itself was challenging at times, with some windy days for the tasks, which included the Hesitation Waltz, Max Distance Double Drop, Watership Down and the Gordon Bennett Memorial. The audience were able to track the competition results via Watch Me Fly and watch videos via the Hot Air Balloons 2022 Facebook channel. 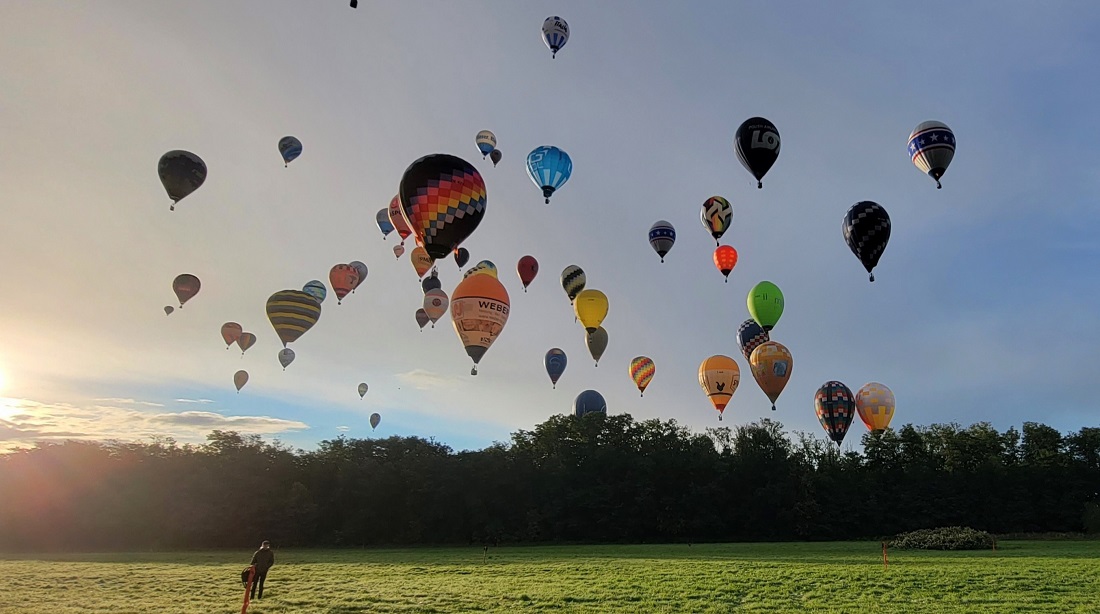