FAI has received the following both World and European Paragliding record claims of Speed over a triangular course of 50 km - 38,8 km/h made by Primož Suša (Slovenia) in Tolmin (Slovenija) on Ozone Enzo 3. We have contacted Primož to find out more. 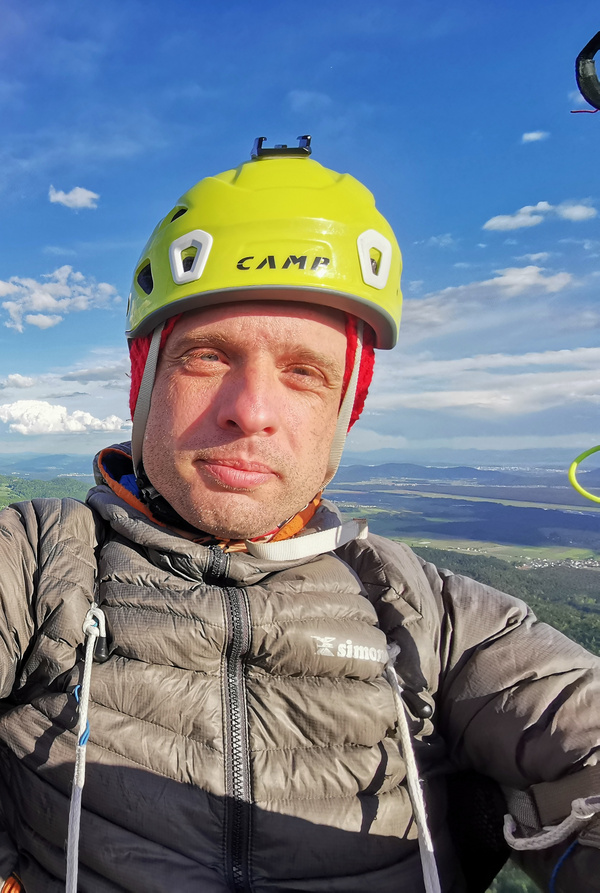 I have always wanted to fly and finally, my flying friend Andrej Erznožnik introduced me to Stanislav Rus, my instructor. When I first became airborne like 1m above the ground, that was it!

Where did you learn to fly? (Schools or trainers or club)

I learned to fly in my local flying club KLV Klub Letalcev Vrhnika. My instructor was Stanislav Rus which I still consider the best possible instructor for me. But since the beginning, I was lucky to have really good pilots from all over Slovenia always around me. We were all the time competing and learning from each other.

There are always many people, you are always a mixture of all who are in your contact one way or the other. Suša Germana, Andrej Erznožnik, Stanislav Rus, Andolšek Gregor, Jurij Vidic, Marko Novak and others. The list would be too long.

What are your achievements, titles before breaking a record?

I did 8 other world records, flew 500km, Won many competitions and XC leagues. I was twice an XContest vice-champion. Which is the same as being vice XC champion of the world. Unfortunately not yet the FAI category.

I have just checked what is the current status of different records and what I could do in my backyard. I wanted to do it here in Slovenia.  I found this nice 50km speed triangle. And draw about 10 versions of it all over the country.

The conditions were not anything special for Tolmin area. It was just an average good local day. It was the day for short fast flying. There was a good thermal breeze on the valleys and a bit of north wind higher up. There was a nice thermal activity with a bit of overcasting. But all around the conditions were not suitable for long-distance because of too much overcasting.

How long have you been flying in this area?

About 23 years. My first time inTolmin was about 2 years after I started to fly. And I remember I did not fly that day. :)

Preparation including waiting for the right conditions took me about a month. Maybe a month and a half. I draw myself 10 options and then I was just following the weather and thinking which one to take.

I had two failed attempts. The first time the conditions were not good. The second time when I was in the area I did it 2x in a row. On both flights, I was fast enough but during the first flight, I lost too much altitude on the final glide. So I was out of the height limit window. On the second flight, I was 2 minutes faster and in the altitude window.

Who worked with you during preparation?

I discussed the options with my friends and I was presenting the options to NAC observer.

Have you launched alone or in a company? How far have your companions managed to fly?

I was launched with some friends but we had different plans so I was flying alone. We were all flying locally.

Tell us about the flight, launch method, your speed, wind speed, thermal strength (from-to), lowest point, the highest point. If possible provide a link to replay.

My best thermal was 2.4m/s but on the whole task, I did 2 turns on the first go. And only 1 turn on the second flight. The best altitude was 2387m but only after takeoff. The best altitude during the task flight was about 2290m. Speed was 38.8km/h the second time. The average glide speed was 44.2km/h

You can see the flights here:

Finishing in the start-finish altitude limit 1000m. The first time my final glide was basically to the ground. I finished the task at about 100m above ground but I started the task at 1923m. The second time I started at 1710m and finished at 1340m. The flight was also a bit slower because of this limit. At the beginning of the final glide, I was not going full speed because I was worrying I will not make it again.

What was the most difficult part of the flight?

Pushing a lot of bar on the ridge in a not-really-laminar breeze and this altitude difference.

No. I did it 2x and probably would go the third time if it would not work.

My friends on the official landing. Waiting with a goal beer.

I will probably pick another on the list. But probably some distance this time.

I wanted to do 40+km/h. It was surprisingly harder to me than it looked. And even that I did only one turn it was not necessary. In the evening I noticed a lot where I could improve my speed. But it's always easier to be general after the battle. I should try it more often.

So this could be the advice. Try more often! 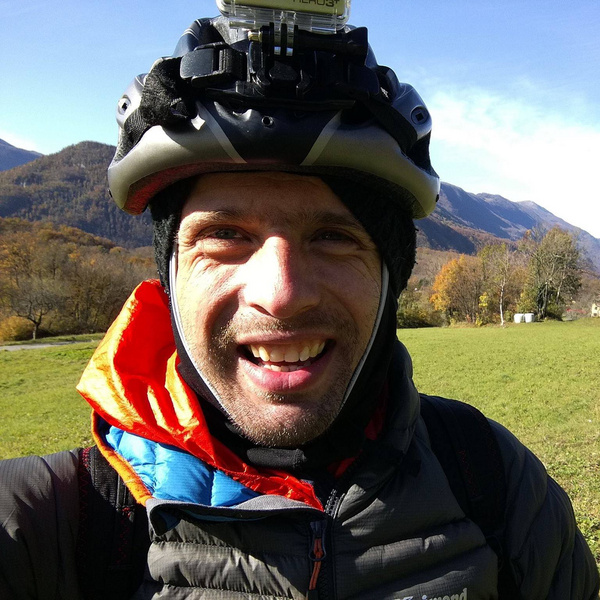