40 Years Ago Today: Eldon Joersz became the fastest man in the world – a record that still stands today

On this day in history Eldon W Joersz officially became the fastest man in the world, when he flew his US Air Force Blackbird plane at an astonishing 3,529.56km/h (2,194 mph).

Perhaps even more astonishingly, the record still stands today – 40 years after the record was set at 80,600ft above Southern California (Read full interview).

Flying with George Morgan as reconnaissance systems officer, Joersz hit an incredible 3,529.56km/h (2,193.64mph) over a steady 25km straight-line course. Covering almost 1km every second, and at 80,600ft, the pair flew at Mach 3.3 above Edwards Air Force Base in Southern California.

They were flying the legendary SR-71 Lockheed Blackbird, a long-range strategic reconnaissance aircraft operated by the US Air Force for three decades. In service from 1966 to 1998 only 32 were ever built – and only 135 pilots ever qualified to fly one.

Speaking from his home near Dallas in the week before the anniversary, General Joersz (retired), 72, said: “I’m honoured to help remember this great airplane and the men who flew her, designed her, built her, and those who maintained and supported her.”

He added: “The visionary for these records was Wing Commander John Storrie. And the other guy was Jim Sullivan, squadron commander at the time. Jim Sullivan was the SR-71 pilot that flew New York to London in 1hr54mins in 1974.”

In 1976 the decision was made by Storrie and Sullivan to set the world absolute speed record.

Flying three times faster than sound at Mach 3.3 and with an engine temperature approaching 427-degrees Celsius, Joersz and Morgan had to fly a straight-line 25km-long course high above Edwards Air Base. Their speed was measured by highly sophisticated radar. 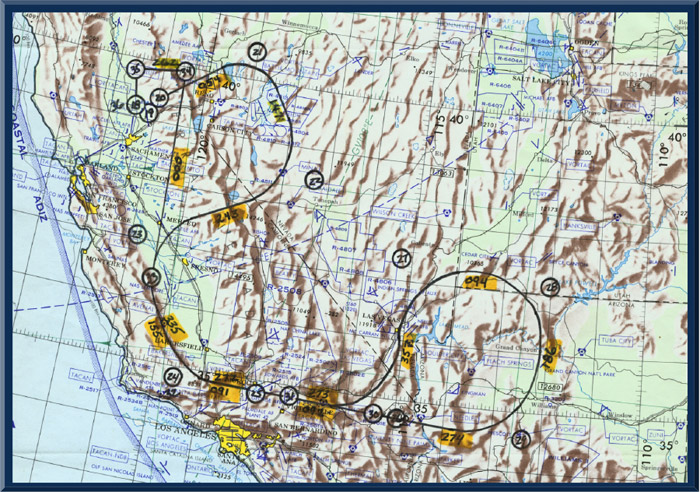 Once through the box, they had to turn and complete another run through the box at the same altitude. An average of the two speeds was taken, and that was the record speed.

“After we went through the second time, after a minute or two, control came up and said, 'Unofficially, the record is 2,194mph’. They knew what it was right away,” Joersz said.

Inside the cockpit they were elated – although a little disappointed they hadn’t gone even faster.

“Our informal goal between the two of us was for 2,200 mph. So actually, we were quietly a little disappointed that we'd missed it by 7 mph!”

Forty years on General Joersz is still asked to speak about setting the FAI Absolute World Record for Speed. He will be appearing at the Aviation Museum in Georgia, USA to mark the 40th anniversary of the record flight, and is due to be interviewed by CNN.

At the time however, Joersz had no idea his morning’s work would still be of interest four decades later.

“Truthfully, for us at the time it was just a fun thing to do. We just felt really fortunate to be the guys getting to fly the airplane.”