From 5 to 12 September 2015, twenty amongst the best gliding pilots in the world will battle out to win the 6th FAI World Sailplane Grand Prix Championship at Calcinate Del Pesce Airport in Varese, Italy. This exciting competition, which can be followed live online, is the finale of a series of seven qualifying races that took place during the course of the year in different places around the world.

The line-up of the competition is impressive: fresh from his victory at the 18th FAI European Gliding Championships in July, multiple FAI Sailplane Grand Prix Champion Sebastian Kawa from Poland will try to gain back the title lost to Didier Hauss from France at the 2014 Finale in Sisteron. This year he will certainly want to make sure that he doesn’t let the gold medal slip through his fingers.

Among other favourites are Giorgio Galetto from Italy, who will have the advantage of flying with detailed knowledge of the competition area, Cristof Ruch from France and Roman Mracek from the Czech Republic, while Rasmus Orskov from Denmark may create a surprise after his great second place in the Polish Qualifying FAI Sailplane Grand Prix. In total, five of the pilots who made their way to this finale are in the top 20 of the World Ranking List.

The format of the competition, which is designed to be media and spectator-friendly, will allow the general public to see most of the races just as they would in a yacht race. They will also be able to follow the race at the airfield, next to lake Varese and at the Volandia Museum on giant screens set up for the occasion. A series of animations on aviation including seaplanes, model aircraft, hot air balloons and a glider simulator are planned to provide a good insight into different air sports. 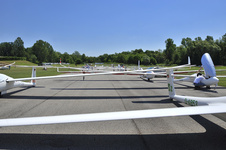 A 3D video representing the flight both graphically and accurately will be streamed directly via the web to the public site www.sgp.aero/final2015, thanks to an electronic tracking device fitted in the glider and which transmits its position in real time. Regular updates will also be made on the dedicated Facebook page and Twitter account. Videos will be also published on the SGP Youtube Channel.

Interestingly, the pilots will be competing e in a place full of gliding history and tradition: Calcinate Del Pesce Airport is in fact one of most important gliding centres in the world. It owes a lot to the famous pilot Adele Orsi Mazzucchelli and her family who not only founded it, but also relentlessly strove to develop the gliding culture in the Alps and worldwide.

About the FAI Sailplane Grand Prix

The FAI Sailplane Grand Prix makes the sport of gliding more accessible and physically visible to the general public while the scoring system allows spectators to easily see who has won, as the first sailplane crosses the line in front of them.

A series of qualifying events is run in different countries over a period of approximately a year and as the finale features the top two from each qualifier, it is truly a test of champions. Entries are usually limited to 20 participants, since everyone starts at the same time and may fly round and arrive very close together and very fast. Races may be routed over or close to the airfield more than once to give spectators the chance to see the race played out before their eyes. During the time the gliders are away from sight, tracking equipment carried in the gliders enables a real-time film of their positions and the ground they are covering to be sent back onto giant screens or computers at the airfield and on internet, therefore truly involving the maximum number of people in the excitement.

The winner is the pilot who, over the period of a week’s competition, has amassed the highest number of points overall. He becomes the FAI Sailplane Grand Prix World Champion. 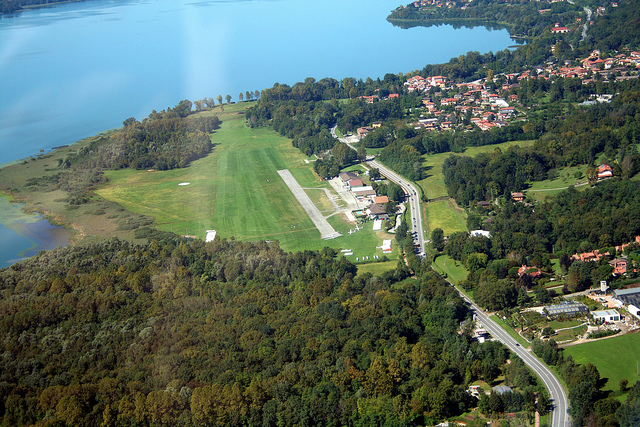