Flying 1120km to a Belgian National Record & a Montgolfier Diploma

David Spildooren, a Belgian hot air ballon pilot, shares pictures and stories from the 2021 flight that resulted in him making a new Belgian National Record. At the 2022 meeting of the FAI International Ballooning Commission, he was awarded the Montgolfier Diploma for the Best Performance in a Hot Air Balloon in 2021. 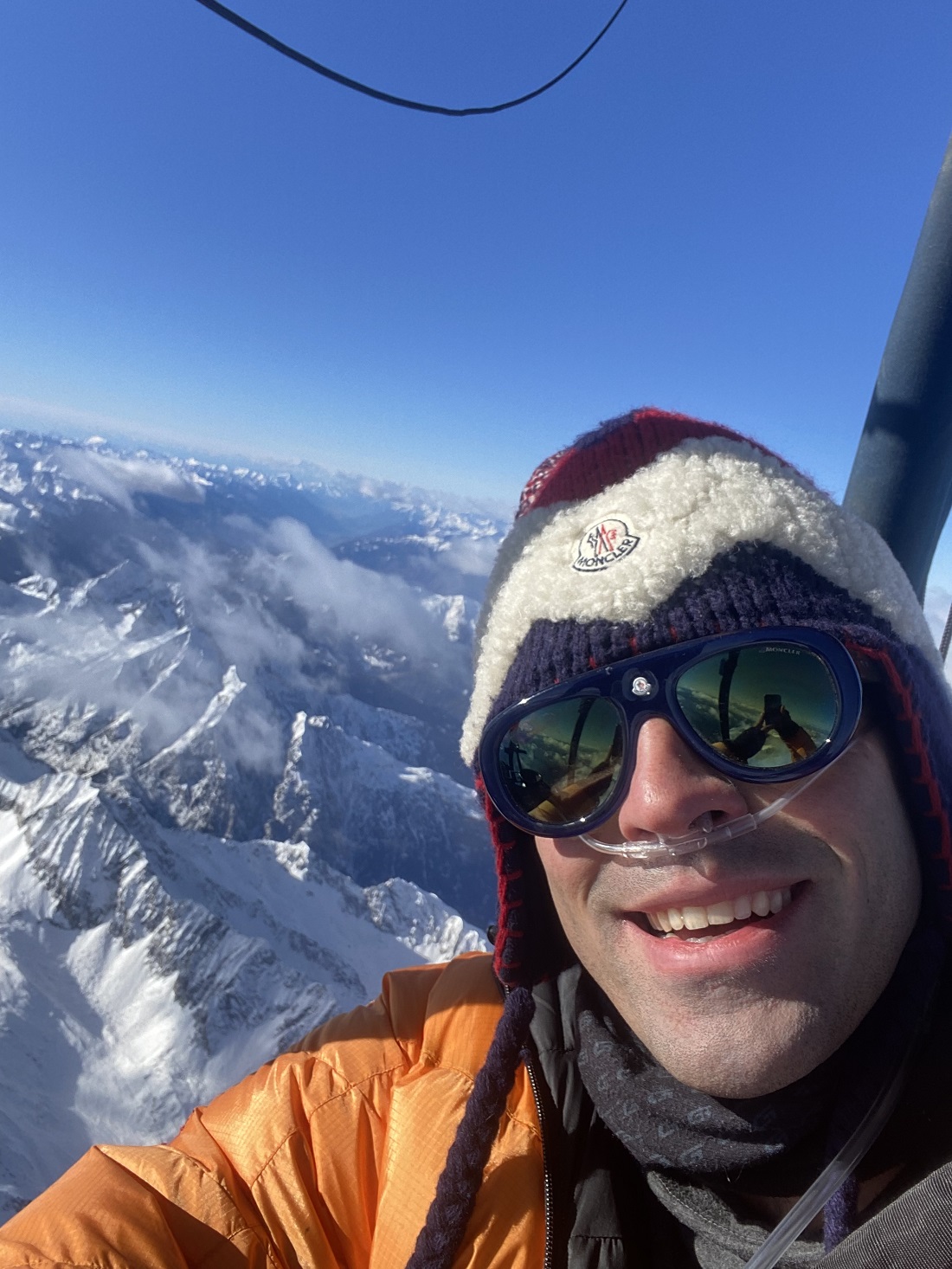 FAI extends warm congratulations to David, recipient of the 2022 Montgolfier Diploma, for his extraordinary 2021 flight.

For many years, I thought that it would be a nice idea to cross the Alps from Belgium. I had registered for a German competition (DUDI cup), in which you are allowed to make two flights, one endurance and one distance. After following the metrological conditions closely during the winter, I had found the perfect window on the night of 7 December 2021. This window allowed me to fly a nice result in the DUDI cup as well as to break the Belgian distance record. I decided to do this with a 3400m³ standard hot air balloon.

It was also important that in terms of airspace I tried to avoid Milan and Zurich. This made me want to enter Italy nicely in the middle. In terms of meteorological conditions, it was the perfect day. The only thing I had to take into account was turbulence after crossing the Alps and possible snow showers on the North side of the Alps.

My plan was to stay low for the first two hours in order to move up enough to the East and then climb on to FL 180. Using oxygen, of course, as this was the altitude where I was predicted to have a nice speed of 85 knots. After submitting my flight plan and studying the weather and airspace I was ready. I just had to inform my crew and sport commissioner that I wanted to meet at 03:50 to get airborne around 05:00. 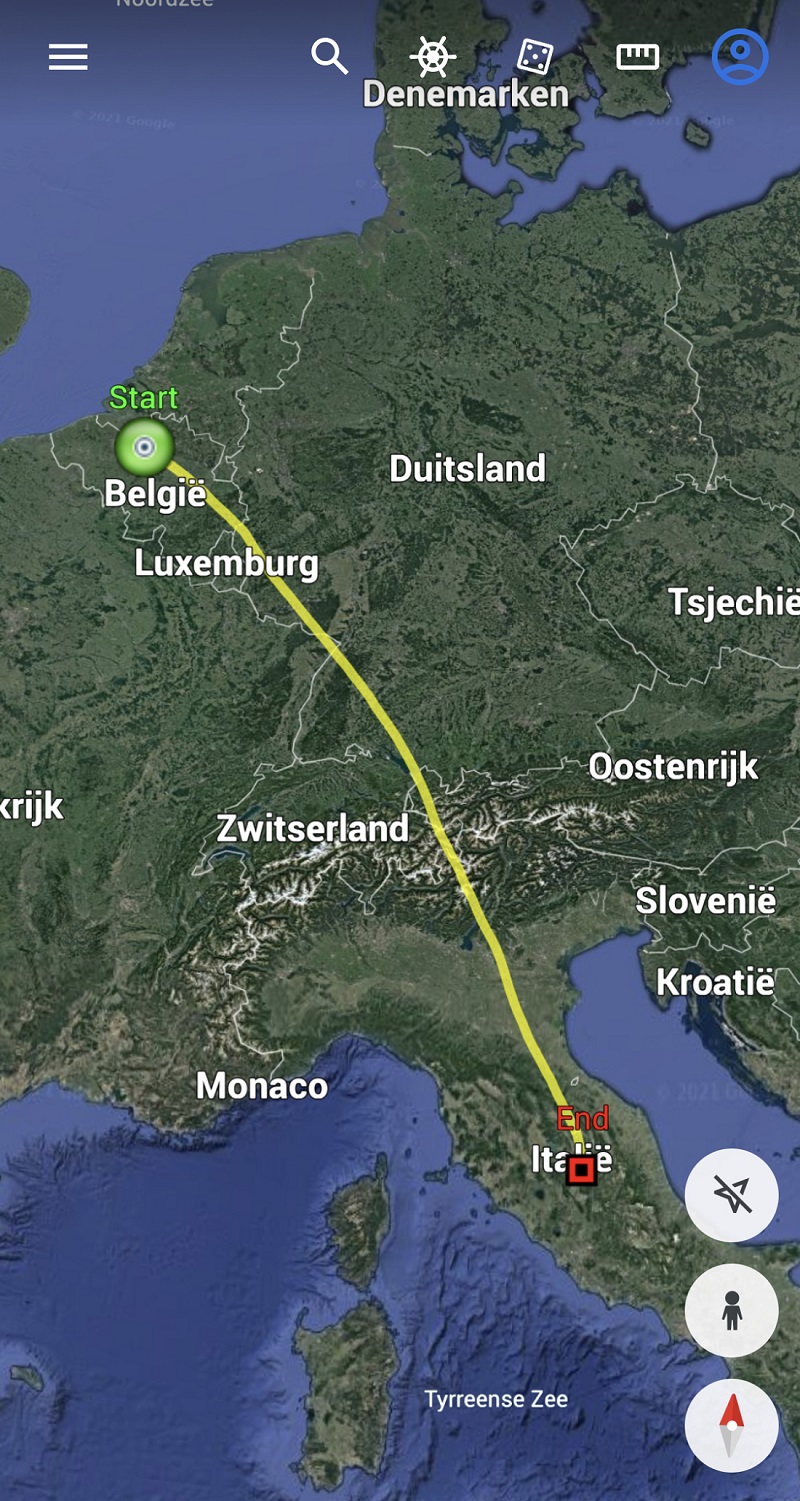 After a short night in which I did not sleep much, we arrived at 03:50 at the take-off site in Waasmunster (North/NW of Brussels). Of course, I wanted to take my time to prepare everything properly. Just before my departure I started to get a bit stressed, but at launch, I was completely ready. 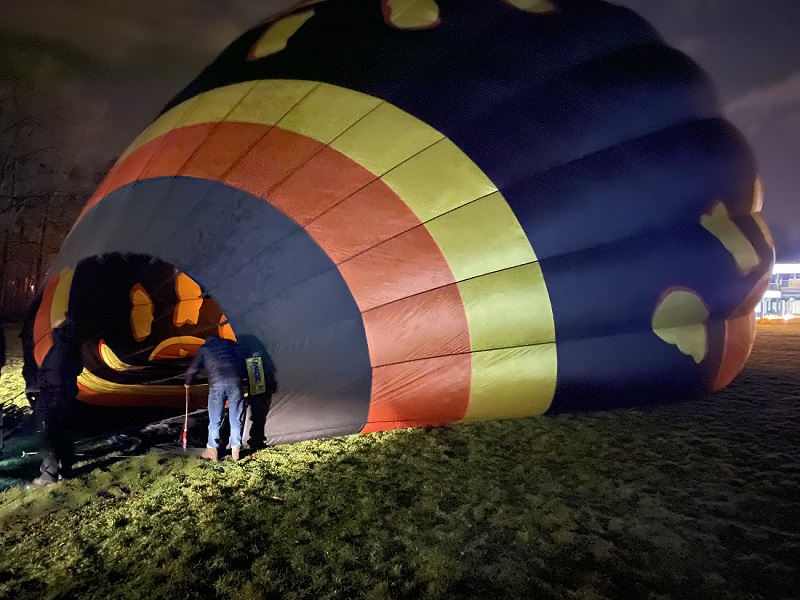 After my departure at 05:05, I climbed up to maximum 3000 feet. I had a nice track here that took me north of Brussels Airport. After one hour of flying, I crossed the Final Approach of 25R and 25L in Brussels. Brussels then asked if I could continue to climb to 4000 feet. The moment I reached 4000 feet two planes passed underneath me.

Around 07:00 I decided to keep on climbing with a maximum of 1.5 m/s. I didn’t want to climb any faster to keep the consumption as low as possible. At this vertical speed, it would take me about 45 minutes to climb from 4000 feet to 18000 feet. 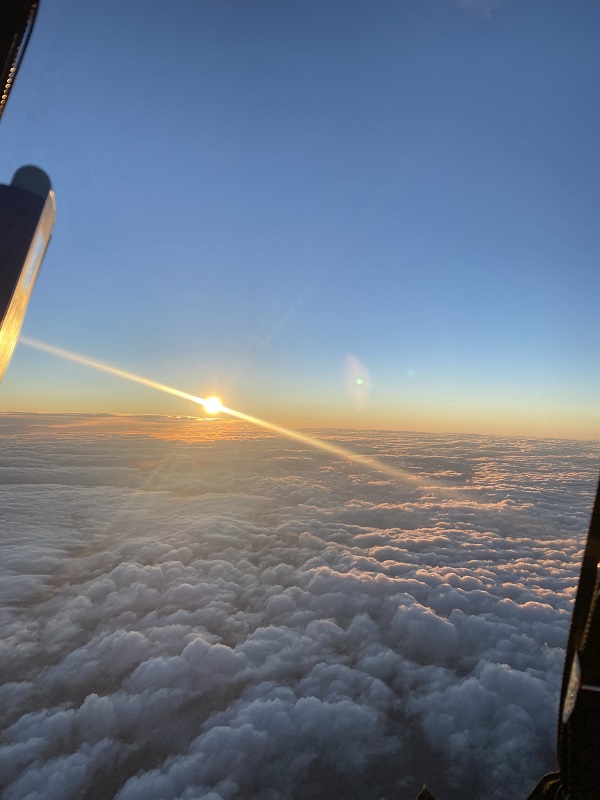 The moment I got to 16000 feet I had the perfect wind speed and direction, so decided to stay here for a while. After arriving in German air space, I approached a military zone which was active and which I had to avoid. Flying on was not an option. I had to land or avoid this zone.

According to my predictions, at 18,000 feet the direction was going to turn even more South, so I decided to climb immediately. At 17,500 ft., the wind turned perfectly next to this zone. A second option was to drop to 8000 feet to fly north of this zone, but this would cost me too much fuel, so I preferred the South route. 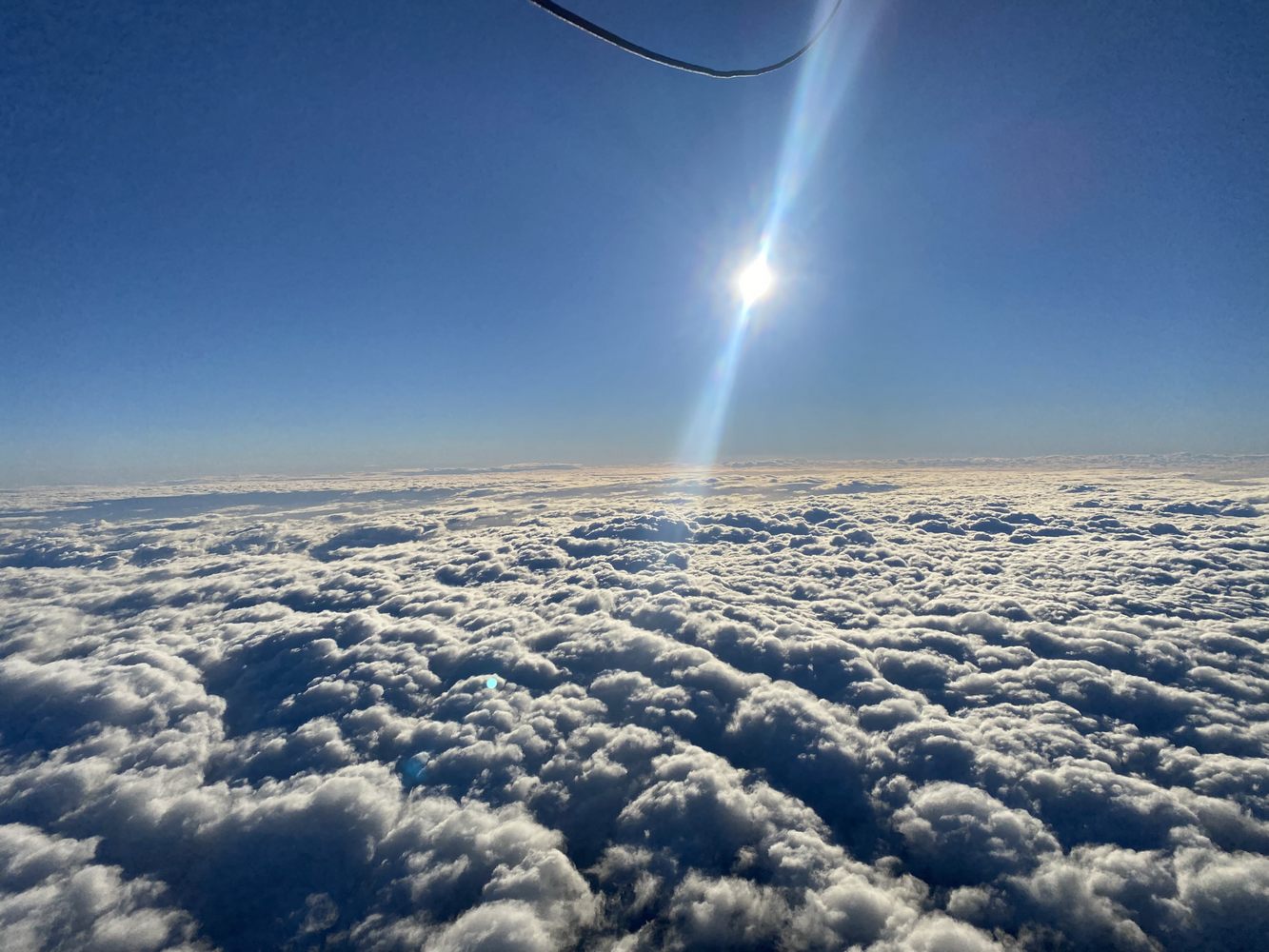 The big problem I hadn’t factored in was that all my food and my drinks were frozen after a few hours of flying. In terms of batteries, I had packed all my instruments with heat pads for stretching the life span of my batteries. 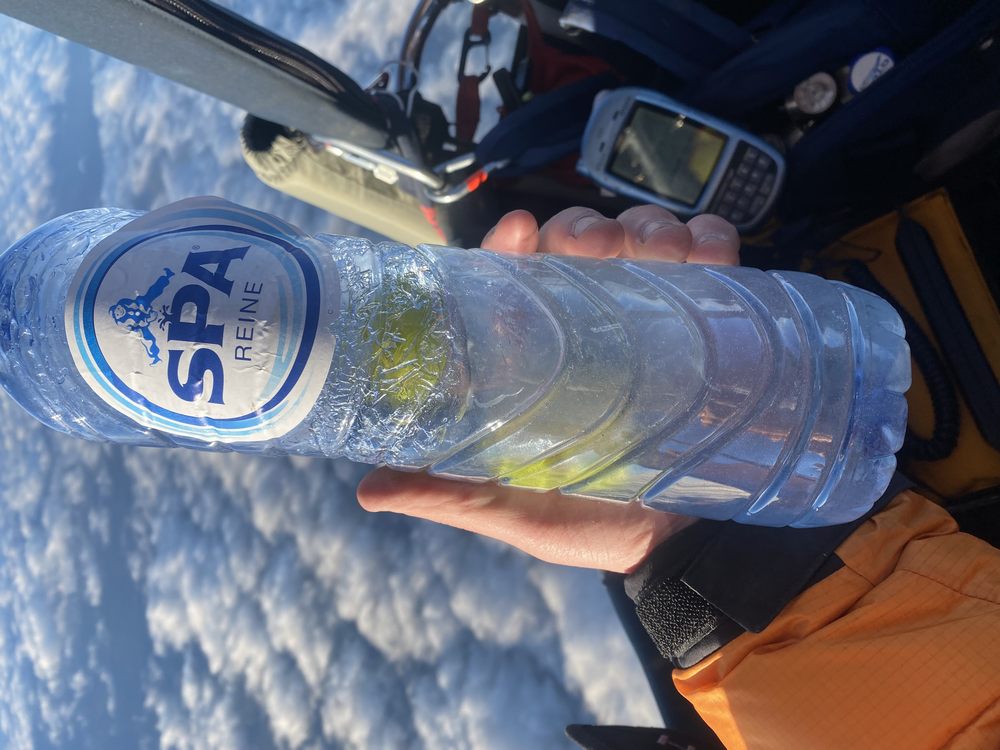 Before the Alps, I decided to take a look at the situation. I wanted to know how the snow showers were evolving. According to the forecasts, the snow showers would disappear around noon. Before the Alps, I decided to go lower to reduce my speed and call home to check the situation and request the latest radar images. Pretty soon I made the choice to climb back up and above the clouds as the bigger showers were east of my position. 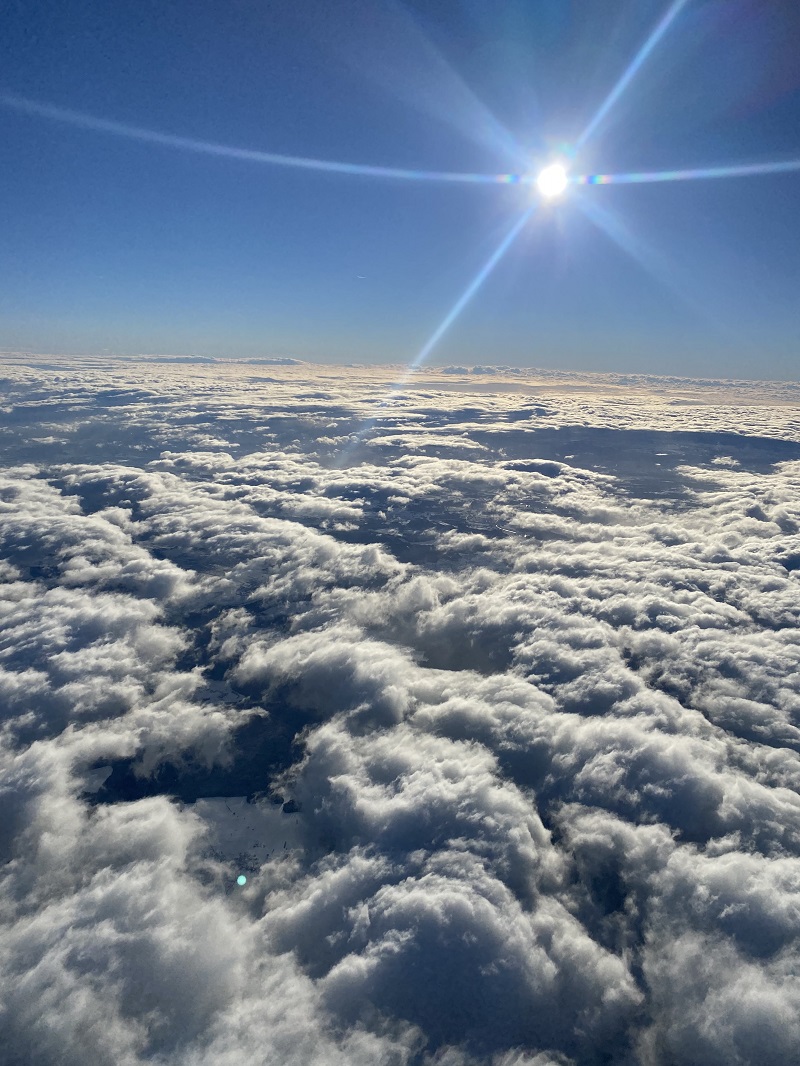 Crossing the second range of the Alps, view that I got was breathtaking. The Alps will always be my favorite location to fly over. 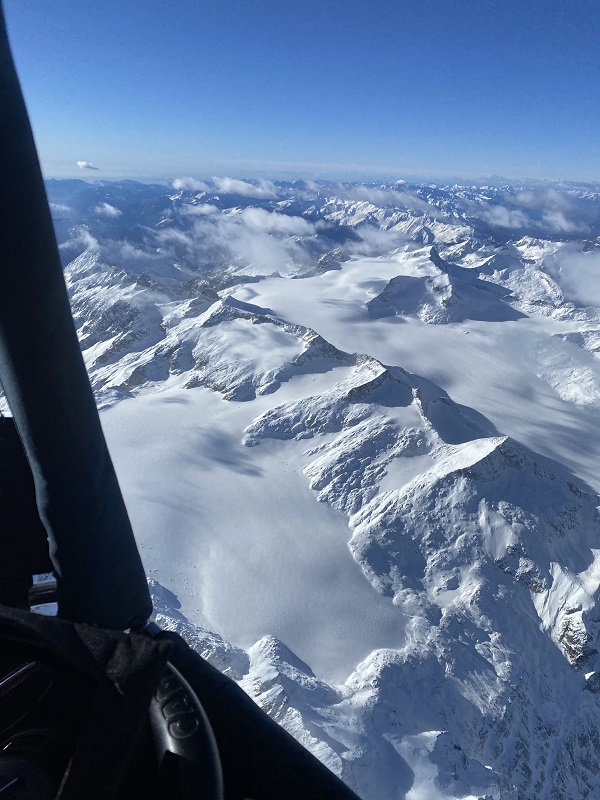 After the passage of the Alps, the turbulence started. Without me doing anything my balloon was pushed higher with 3 m/s. After a few seconds, the rise changed to a sudden fall with 4 m/s. All I could do was burn steady and make sure I got out of this rotor. 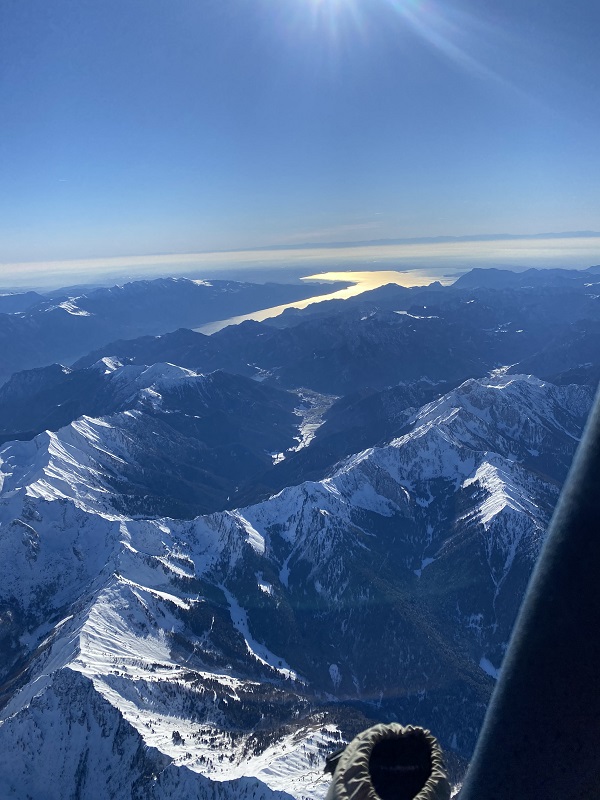 In terms of ATC, I started to have problems with connections as I crossed into Italy. I decided to contact an airliner to communicate my message to ATC which worked perfectly. The direction and speed were perfect at that time. In the distance, I could see Venice itself. My plan was to continue until the region of Naples. 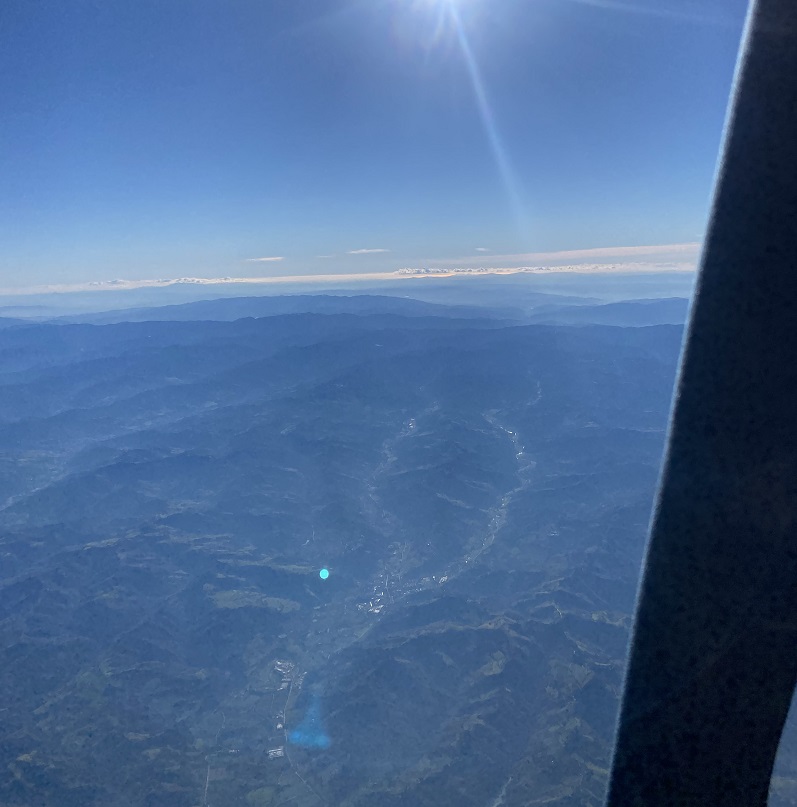 After passing Gubbio, Italy, ATC told me to drop, due to military activity. I dropped to 10,000 feet. Here I went from a speed of 90 kts to 30 kts. Then came the realization that I had better put Naples out of my mind. From then on, I quickly made the decision to steer towards the valley of Umbria to make my landing there. 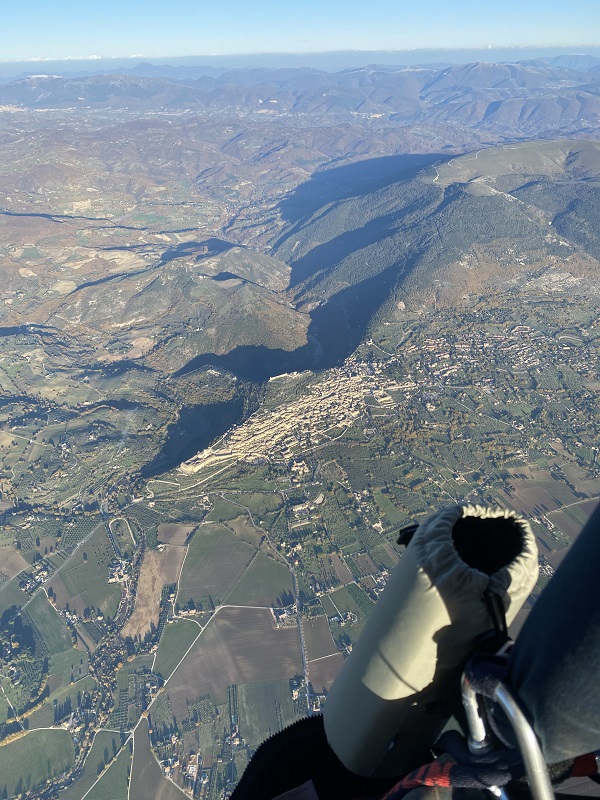 After eleven hours of flying, I finally landed in Montefalco, Italy. With still one bottle left, I would have had enough fuel for an endurance of 2more hours. The retrieve car arrived five hours after landing. We booked a nice little hotel after landing and packing up, where we ended the evening with a good Italian pizza and a glass of vino. 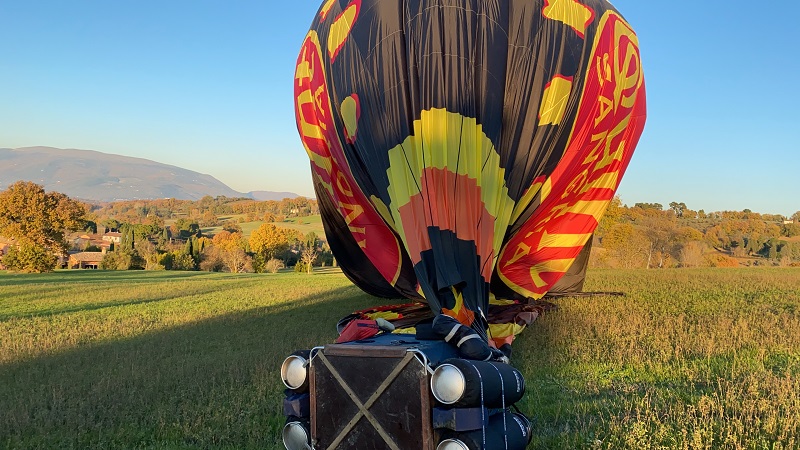 This flight was for me personally the most beautiful flight I have ever made.

Thank you to my crew Valerie and Cedric, Sports Commissioner Steven Vlegels and the support on the ground: Thomas, Thom, Steven, Filip, Stéphanie, mom, dad and Kenian and everyone who gave me courage during the flight.

THe Flight in numbers 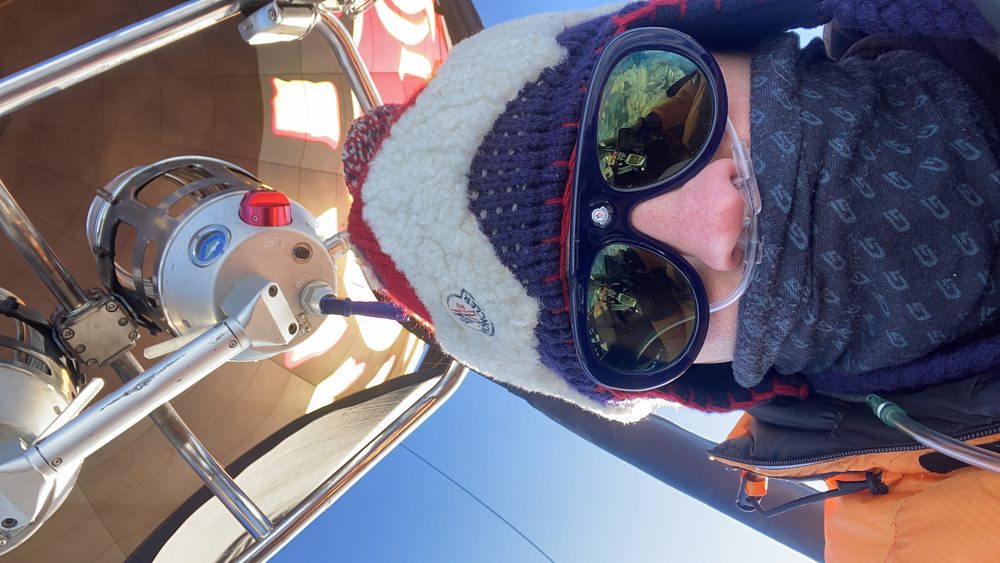