Part of the Plenary Meeting of the FAI Aeromodelling Commission (CIAM), the ceremony included the prize giving for the aeromodelling and drone racing World Cup winners and medallists from 2017.

The winners were presented with a trophy, and the three best-placed competitors in each event were also given FAI World Cup medals and diplomas.

Speaking before the ceremony, he said: “My 2017 victory still makes me happy and proud. Receiving this prize is one of my very greatest achievements.

“I am very grateful to all the people who supported me on the way, including the friends I trained so hard with, and my dad who always came along to support me. This victory would not have been possible without their help.”

Many thanks to all those who participated in this happy event. And congratulations to all the winners and medallists! 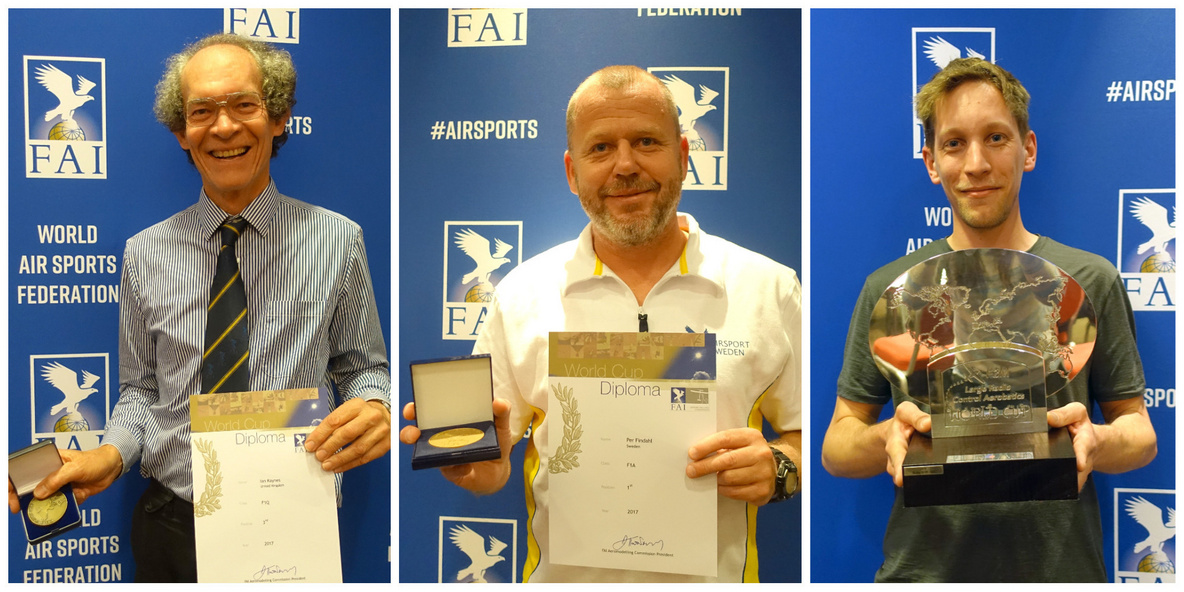