The Aeromodelling Scholarship and the spirit of flight

Since 2011, a scholarship of €2000 each year is awarded to pilots aged between 16 and 21. The process is organised so that FAI Members (NACs) send their nominations (one per Member) to FAI. The nominations are then evaluated by a group of education experts before being approved by the CIAM Plenary.

The main rules for the scholarship are simple. One candidate from each NAC can be nominated. The nomination form can be found at www.fai.org/ciam-documents > CIAM Forms & Other Documents > Awards
More details about the Scholarship can be found on page 18 – 19 of the FAI Sporting Code, Section 4 Aeromodelling, CIAM General Rules (www.fai.org/page/ciam-code).

Any young Aeromodelling pilot can be nominated, as long as they are between 16 and 21 years old. On the form, the nominated pilot must list their education plans and achievements and, of course, Aeromodelling results. the nomination must also include a personal letter of one page written by the nominated person, on the following topic: What role did Aeromodelling play in your life and what are your aspirations for the future?

FAI Members (NACs) must send the nomination to the FAI Office before 15 November in order to be considered for the following year.

EVALUATION AND DETERMINATION OF THE WINNER

The Chairman of the CIAM Education Subcommittee, together with eight education experts from around the world evaluate the nominations before suggesting a winner. The CIAM Bureau then accepts the decision and announces the result at the CIAM Plenary meeting.

The winner then receives the Scholarship of €2000, together with the Spirit of Flight diploma.

The first year of the award (2011), we had two nominations. Over the years the number of nominations has increased to around five each year, with eight nominations in 2013.

The level of achievement from the nominated pilots is, of course, very high. To win, pilots must have a solid foundation in their education, plans for future education and high results in their flying events. Many of the winners continue to win big events after receiving the Scholarship. For example, Taron Malkhasyan (USA) won the Scholarship in 2017. He continued his great work and won the senior World Champion title in class F1C at the World Championships at Lost Hills, USA, in 2019. Taron’s last flight in the Flyoff was one of the best ever seen, an outstanding victory from a deserving winner of the Scholarship. 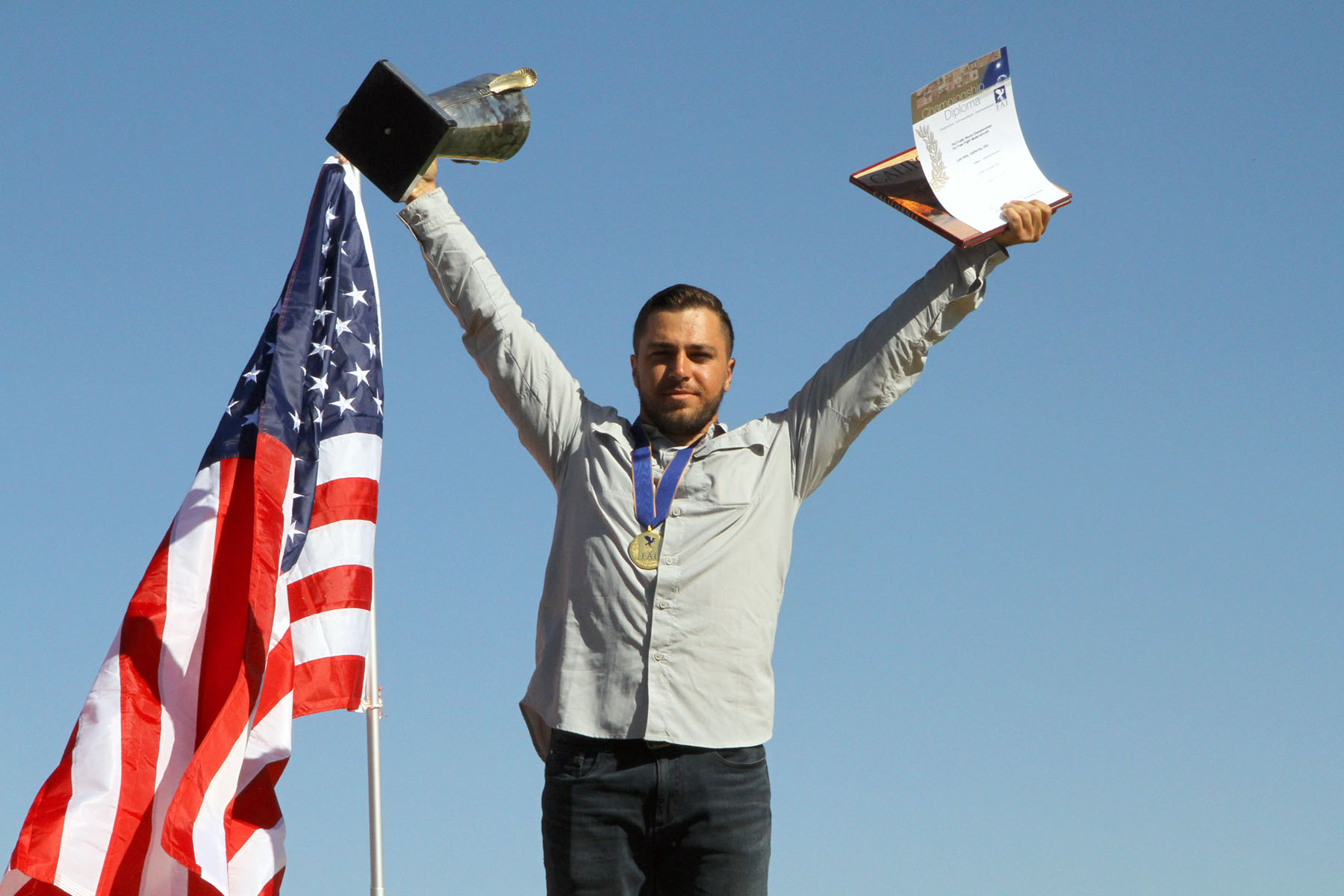 Taron Malkhasyan, recipient of the Aeromodelling Scholarship in 2017 and current World Champion in class F1C

This year’s winner, Michal Zitnan from Slovakia (top picture, preparing a rocket launch) is studying at the University of Brno to become a mechanical engineer. He competes in the Rocket classes and has three individual junior World Championship titles and three individual European Championship titles, two junior and one senior. No doubt we will see many more great wins from him in the future.

We hope that more FAI Members (NACs) will be inspired to submit their nominations before 15 November this year. 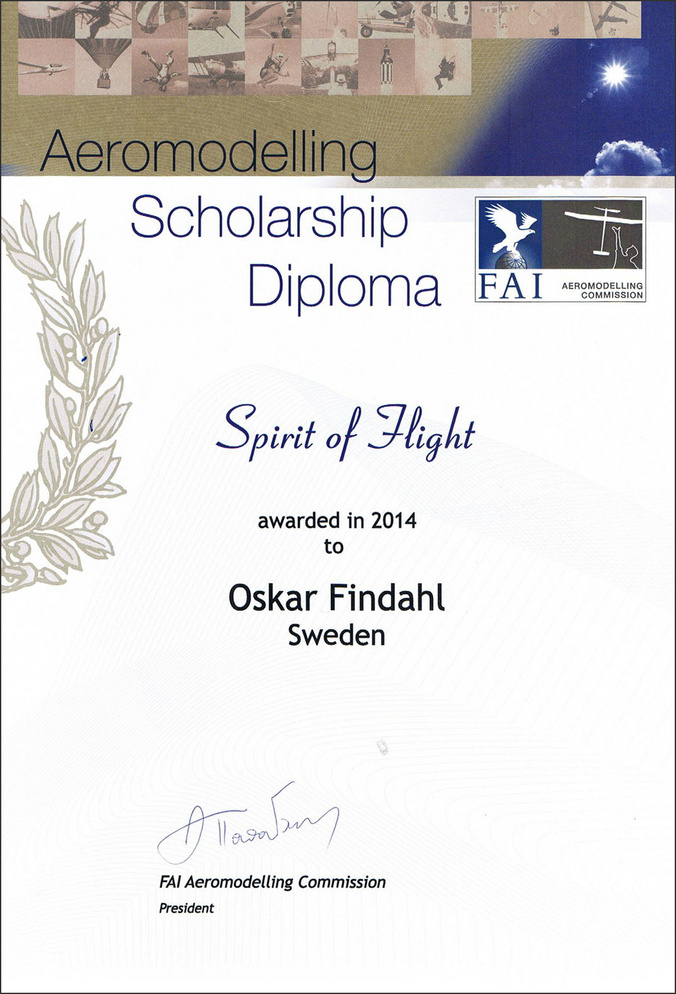 The Spirit of Flight diploma received by Oskar Findahl,
recipient of the Aeromodelling Scholarship in 2014

Written by Per Findahl, Chairman of the CIAM Education Subcommittee