Australia welcomes the world to the FAI World Gliding Championships 2017

Some 116 pilots from 27 countries have converged on the small city of Benalla, Victoria to compete for the prestigious title of FAI Gliding World Champion in three separate classes.

Among them are two current FAI Gliding World Champions, as well as a “raring-to-go” home nation team of highly experienced Australians.

“This is the Olympics of gliding,” explained competition spokesman Sean Young. “Two reigning FAI Gliding World Champions are competing, alongside the best pilots from each country.”

He added that Australia is fielding six pilots and are “confident” their home-turf advantage will see them on the podium at the end of the two-week competition.

The FAI World Gliding Championships will be a test of stamina and mental fortitude as much as skill. With two weeks of competition pilots must fly at their best every day for four or five hours. With at least a dozen tasks ahead of them, pilots need to stay on top of their game for the whole competition to be in with a chance of winning.

“After years of preparation, the 27 national teams are now raring to go,” Young said. “No further preparation is possible. Now they must race against each other and the elements to determine who the next FAI World Gliding Champions will be.”

FAI World Gliding Championships are held every two years. There are three classes in the championships: 15m, 18m and Open Class. 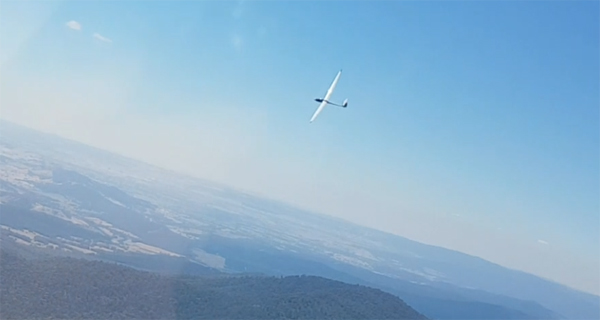 Tasks are flown and scored every day. In a task pilots must make their way around a pre-determined course – different each day depending on the weather – and tag turnpoints using a GPS. Like orienteering in the sky they must race against each other and the clock to get back to base in the quickest time possible.

Pilots can expect to be in the air for several hours and will cover several hundred kilometres during a task. Each task is scored separately and counts towards the final score and ranking at the end of the two weeks.

Many pilots have been in the area since Christmas on a pre-competition training week. The season has reportedly been wet so far, which means weaker thermals and harder conditions – which may in fact favour the European and visiting pilots rather than the hosts.

Gliders do not use engines to stay aloft, instead they use thermals to stay in the air, circling in warm air currents to reach cloudbase before heading off on track. When they get low, they must find another thermal to climb up again. European conditions typically tend to be milder than those found in hotter, dryer Australia.

As well as the two FAI World Champions and a host of other experienced international pilots, two relatively new faces on the international gliding circuit have travelled to the competition from China.

China is new to air sports and, in many air sports, does not regularly compete on the international stage. However, Andrew Peng Du and Shang Guangwei are both in Australia competing.

Peng Du is in the Open Class. A gliding pioneer in China he established the China Loong Flying Club and is helping to develop the sport in China. “We want people to know that China has glider pilots, and that Chinese people are becoming more and more involved in aviation,” he said.

Guangwei meanwhile is competing in the 18m class. He is also at the forefront of developing gliding in China. “Until recently, gliding has been difficult to organise in China due to the lack of knowledge about gliding, airspace management and other policy issues,” he explained. “However, in recent years, domestic airspace, airworthiness and other management policies have been gradually reformed.”

With gliding set to become more popular in China, Guangwei is keen to promote the country to the international gliding scene. “The main purpose of my journey to Benalla is to spark a desire in international pilots, and help fulfil their dream of flying in China.”

The Opening Ceremony is on 8 January, with the first task on 9 January 2017.

All the tasks will be watchable online through live tracking and on their Youtube Channel.

Pictures can be found here.