Brian Jones: ‘The adventure is intense’

Brian Jones is a legend in ballooning circles. Along with Swiss pilot Bertrand Piccard the pair became the first balloonists to circumnavigate the world back in 1999.

Jones is in Gladbeck at the Coupe Aeronautique Gordon Bennett, and helped make the draw that defined the start list for pilots at the official opening ceremony on Thursday. He, perhaps more than most, understands what pilots can expect when they take off on Sunday evening.

“It’s the adventure,” he said when asked about the appeal of the Gordon Bennett today. “It’s not easy. It’s a unique adventure and it’s the unknown – that’s what everyone can be scared of.

“It’s a very complex situation. The weather can change, circumstances can change, you have to deal with the physics of the gas balloon, air density, altitude… It’s not a coincidence I think that there is such small number of gas-balloon pilots in the world.” 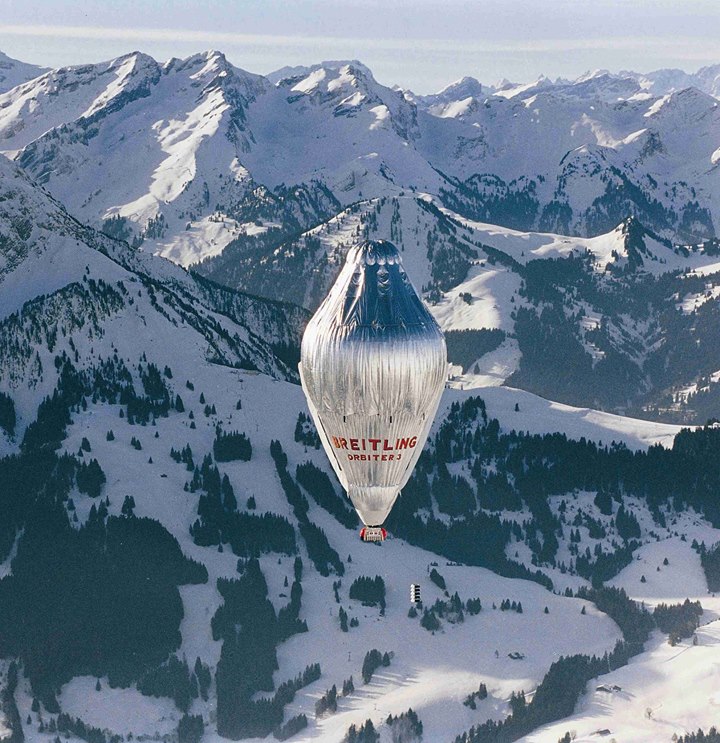 Jones and Piccard spent 20 days circumnavigating the Earth in a giant balloon using a mix of gas and hot air. Home for nearly three weeks was  a 5m-long pressurised cabin that has been described as a “bright red, carbon-composite egg”. Each pilot spent eight hours flying the balloon alone, eight hours working with the co-pilot, and eight hours resting in the single small bunk onboard.

“It’s not the ability to fly the balloon,” that will determine the winner of the Gordon Bennett, explained Jones, “it’s the ability to deal with what is thrown at you. It’s the last part of the race where perseverance and courage and skill comes in. Pilots know that it’s not only your life you are risking, but your co-pilot’s life too.”

In the Gordon Bennett pilots travel in a traditional open basket that is about the size of a family dining table. There is nowhere to sleep or rest, and besides the obvious addition of modern electronics – GPS, tracker, communication devices – the basket and balloon would be recognisable to any balloon pilot from the last 200 years.
“Ballooning is often seen as a fairground ride,” Jones says, “many don’t understand the history or how complex piloting a balloon is.”

Consider, he explains, that the first balloon flight was in 1783 and that it took until 1999 for him and Piccard to circle the Earth in one. “It took more than 200 years of development. Even after man had gone to the moon, it took another 30 years for someone to go round the world in a balloon!”

This is no accident. Although the development of powered flight “pushed ballooning to the side” it also demonstrates what a skilled and advanced discipline it is.
“As a method of transport it is ridiculous!” he laughs, “but as an adventure it is intense.”

Looking forwards towards take-off at the Gordon Bennett on Sunday he is excited about the race. “I understand the wind is from the north west, and they’re looking at the Alps. Pilots can go down through Italy or further east and down.

“That will be interesting because Kosovo is closed airspace, so pilots will have to plan to navigate around that.”

He adds, “It’s easy for a meteorologist sitting in his chair to say ‘Go to Crete!’ but if you miss that then you’re on your way to Africa!”

Having flown that flight himself – Orbiter 3 headed south to the Sahara before going east, all around the world and landing back in Egypt – Jones knows what he’s talking about. But he won’t be joining them, not this year at least. He is in Gladbeck as a Breitling representative, adding a touch of prestigious history to an already historic race.
Has he got any more adventures on the horizon? “These days I’m working with unmanned, solar-powered autonomous aircraft. Aircraft that can orbit the Earth for months at a time. If you can do that, you’ve got very cheap satellites. In aviation, I think unmanned aircraft are the next revolution.”

And he adds, “In terms of human adventure, well, I don’t know. The records are there to be broken and there’s a lot of other things to do. But I won’t be going to Mars anytime soon!”