Following Melanie Gadoulet, the pioneer from France, once again it is a female glider pilot who has earned a top award in the FAI Gliding Commission IGC’s efficiency competition: Cornelia “Conny” Schaich (Germany) has received the IGC Champion Pilot Award 2022.

Conny is the current world champion in the Standard Class, winner of the 2022 FAI Women's World Gliding Championships at Husbands Bosworth, United Kingdom, where she achieved the highest percentage in comparison to the maximal possible points over all the other current gliding world champions. This result shows her dominance over the world’s best female glider pilots in her class. 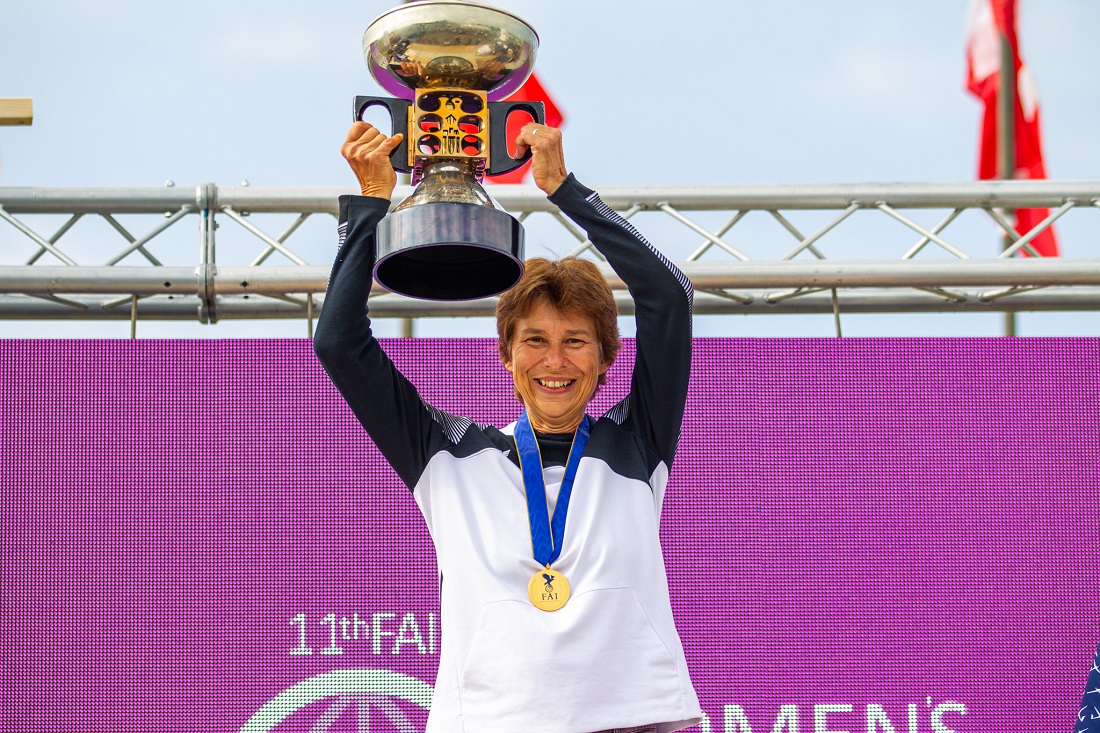 Conny, a professional aerospace engineer working in the Power Tools Industry, grew up in a soaring family and started gliding in 1980, at the age of 17. She is a humble and very active member of her club, the Sportflieger-Club Stuttgart at the famous Hahnweide Soaring Center in Kirchheim/Teck, southern Germany. Conny spends many hours volunteering in the Club, where she works in the workshop/glider maintenance and serves on the Board. Since 1988, Conny has also been a gliding instructor, a pursuit she finds especially fulfilling. It is one of Conny’s many accomplishments that she has guided many young people into soaring, our beloved sport, and has taught them how to glide and soar using nothing but the energy of the sun.

Conny holds national as well as international titles in the standard class: She won her first world championship in 2003 in Jihlava (Czech Republic), and twice gained the title of a women’s world vice champion - in 2013 in Issoudun (France) and in 2017 in Zbraslavice (Czech Republic). In competitions, Conny usually flies her own, well-equipped LS 8, a plane she is very familiar with since she and her husband Thomas have flown it for nearly 20 years.

Conny is a great team player in her club and is equally capable of dominating the sky on her own. Whether flying solo or being part of a team, whether in the air or on the ground, whether as part of the soaring community or her family – Conny Schaich represents the best of soaring attitudes, and we are happy that she is receiving the IGC Champion Pilot Award 2022. 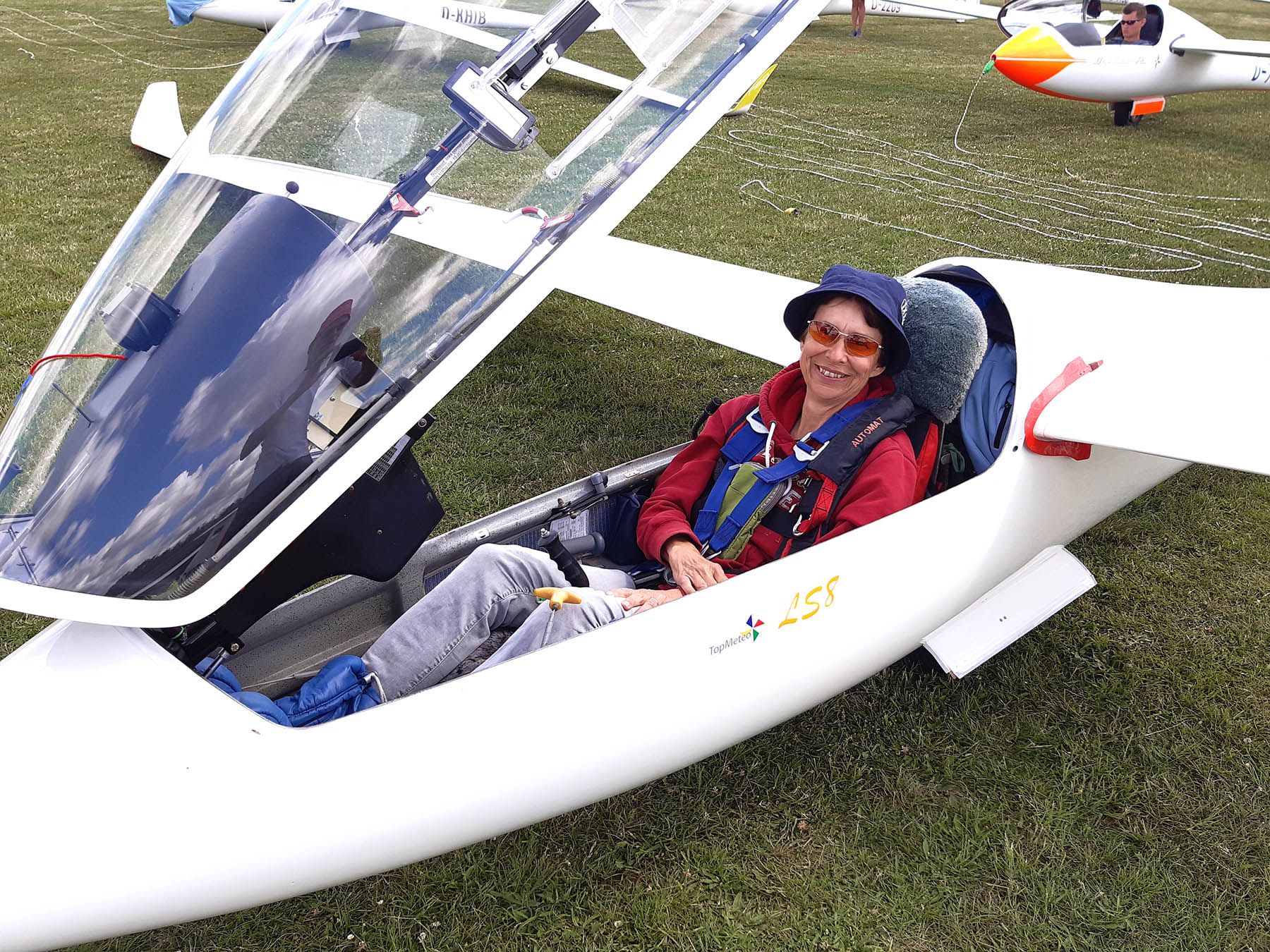 Conny at the 2022 National Women Gliding Championship in Landau