The pressure could not have been higher for the Czech pilot, who was last to fly and had to win the race to win the overall Championship.

“This race was incredible. It couldn’t end up better than this,” he said afterwards. "It was a beautiful race with everything in it.”

He added: “As I came into the last flight I had a clear head. I knew that Matt Hall had flown a fast round, so I knew that I had to push a little bit, and definitely not make any mistakes or penalties, and that’s what I did.” 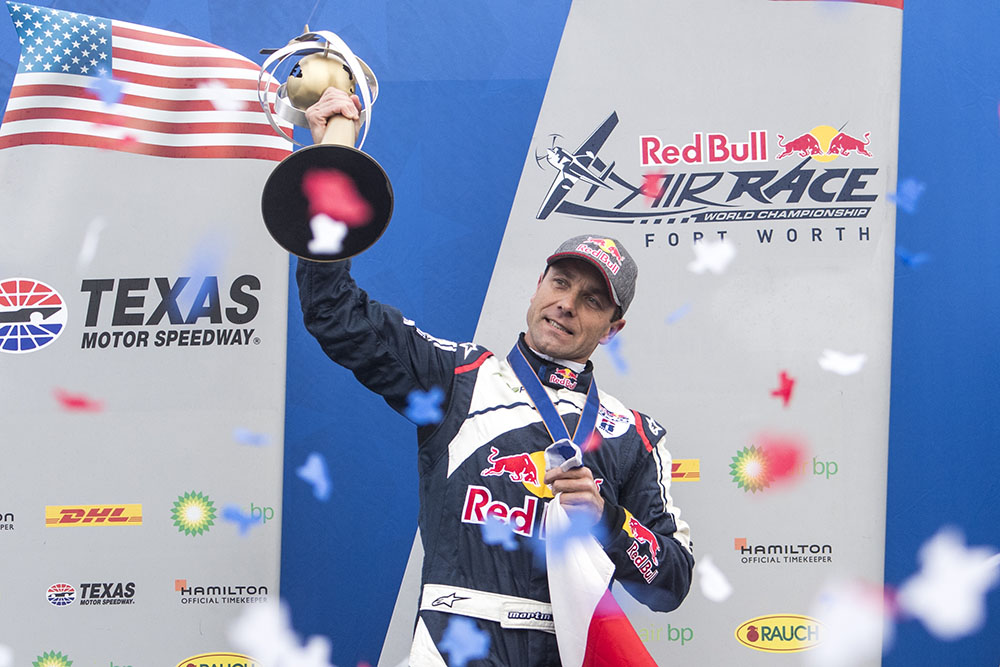 Sonka was one of the favourites to win, but as he entered the final leg of the 2018 Red Bull Air Race the points spread meant any one of three pilots could win and take the World Championship title.

Matt Hall (AUS) and Michael Goulian (USA) were both in with a chance. But with Goulian knocked out in the semi-final Round of Eight, it went down to the wire for the last race of the day.

Hall flew first, flying a perfect round, clean and fast, and had the crowd cheering as he scored a fast track time of 53.100 seconds.

Minutes later Sonka flew through the chequered-flag start gates to start his round. Two perfect laps followed, with Sonka gaining ground in the crucial turn around Gate 7.

Seconds later he flew back through the start/finish gate to win the race and the title – just 0.204 seconds faster than Australian Hall.

“That was a perfect race,” he said moments after he had jumped out of his cockpit in the hangar zone at Fort Worth’s Texas Motor Speedway. “The only thing I was missing was Mikey [Goulian] in the final four.” 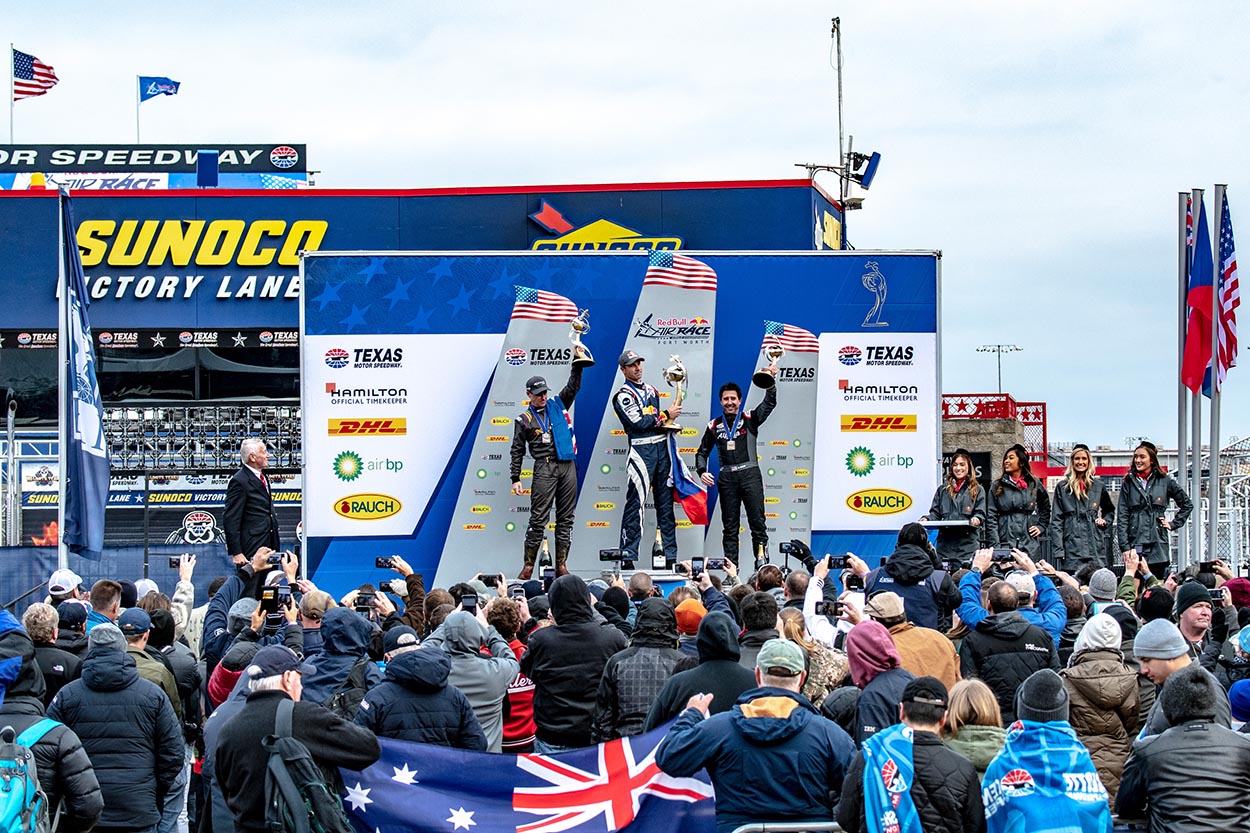 Martin Sonka is a former Czech Air Force fighter pilot with a strong background in Aerobatics, particularly Freestyle Aerobatics. He has been flying the Red Bull Air Race for five seasons, and placed second in 2017.

One of the top Aerobatics pilots in the world, he is famous in his home country of Czech Republic far beyond the niche world of air sports fan.

Aged 40, he has been flying since he was a teenager, learning to fly gliders and parachute jumping at the age of 17.

As a pilot in the Czech Air Force he flew a supersonic jet fighter, the JAS-39 Gripen, in the 211th Tactical Squadron and was a member of the prestigious Czech Air Force display team flying the L-159 ALCA. He also earned a master's degree from the Military Academy and the University of Pardubice.