Day 5 - day 2 of Competition in Dubai

The birds may be the only ones flying the course today, as the winds are marginal - the aircraft arrived a little later this morning 7.40 and all is ready to go.

Yesterday with the Carved Speed 70m we did not see any new World Records, but two Continental records were broken:  Cédric Veiga Rios broke his own European record of 2.197 sec with his second run  of 2,054 sec. and the South American General record of Paulo Marques of 2,536 sec was broken by Arthur Cameiro Lima (BRA) with 2,363 sec on his third run.

9.00 and we are getting to the end of round one with some spectacular flights including Cédric Veiga Rios's flight, breaking the existing World Record by quite a margin.  He flew a total of 175.99 m.  CONGRATULATIONS. 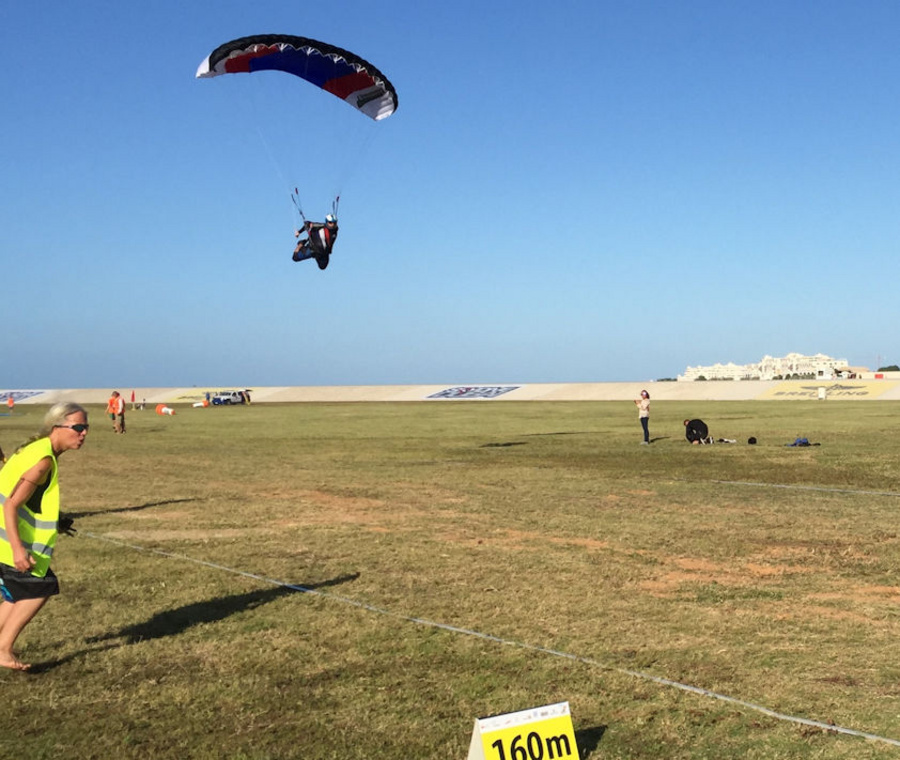 In the next round (second) Cornelia Mihai broke her own World Record of 164.00 m with a flight of 165.1 m - CONGRATULATIONS to Cornelia also.  With the deadline of 11.00 fast approaching I am not sure they will start the 3rd round today..  We did have interruptions when the course was closed a couple of times due to competitors landing in the pond, and the course closed whilst they were helped out by the rescue team and cared for by the excellentt medical facilites here on the Drop Zone.  Both are OK.  We also had a couple of cut-aways which meant rejumps, not to forget the guys who got waved off.  So by 13.00 hrs all rejumps were finished and the round was over. Back early in the morning for  Accuracy.

Along with our two new World Records we also had Continental Records made and broken - Cédric (FRA) and Cornelia (UAE) broke their respective Continental Regional records European and Asian.  New records were set for Oceania by Chris Steward (NZL) with 146.81 and South America by Arthur Corneiro Lima (BRA) with 136.38.  All the records stated are subject to final ratification.  CONGRATULATIONS AGAIN. 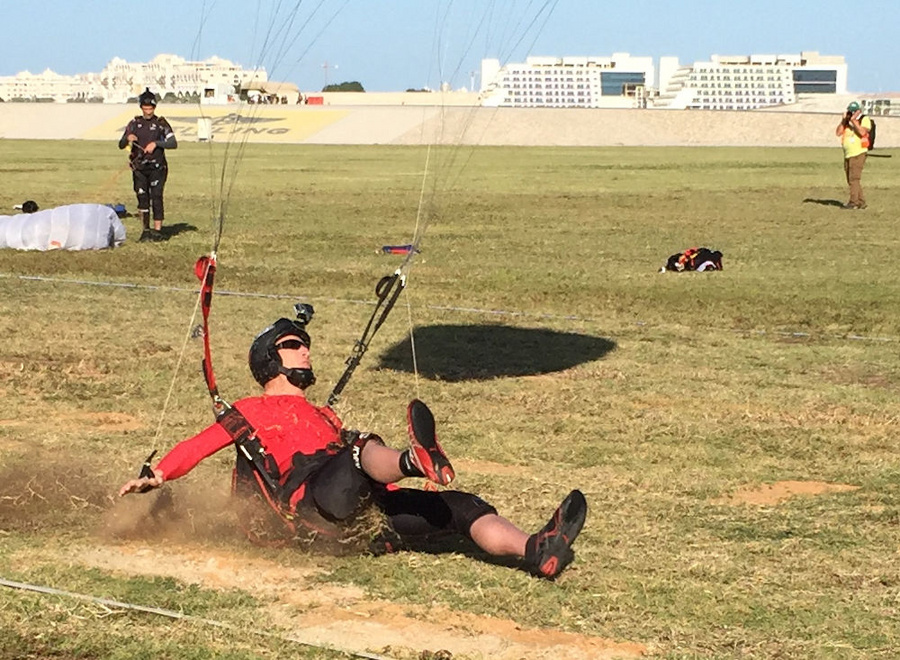 Hard and fast landings in Distance!!

5.Remark:     After we finished the competition jumps, most probably on 1st December 2017 around 08:30h, we plan to do 2 rounds of "CP Freestyle", not included in the competition.

The following prizes are awarded:

Pre-Organization of the Freestyle event:

1. HoD or Team Managers, or Individuals without Officials must report  those who want to take part in the freestyle competition to Bjorn Korth by tomorrow, 30th November 2017, 08:00h via E-Mail

2. On 30th November 2017, after completion of the competition at approx. 11:00h, Bjorn Korth will hold a meeting for all registered  Freestyle participants, which includes:

Duration of the meeting approx. 30 - 45 minutes. Details will be announced in time.

Have a restful afternoon , good luck and all the best for the competition tomorrow!