On this day: Charles Lindbergh became the first person to fly New York to Paris

Ninety years ago, on 21 May 1927, American aviator Charles Lindbergh set the world alight when he completed the first non-stop solo flight from New York to Paris.

In doing so he set an FAI World Record for ‘Distance in a straight-line without landing’. 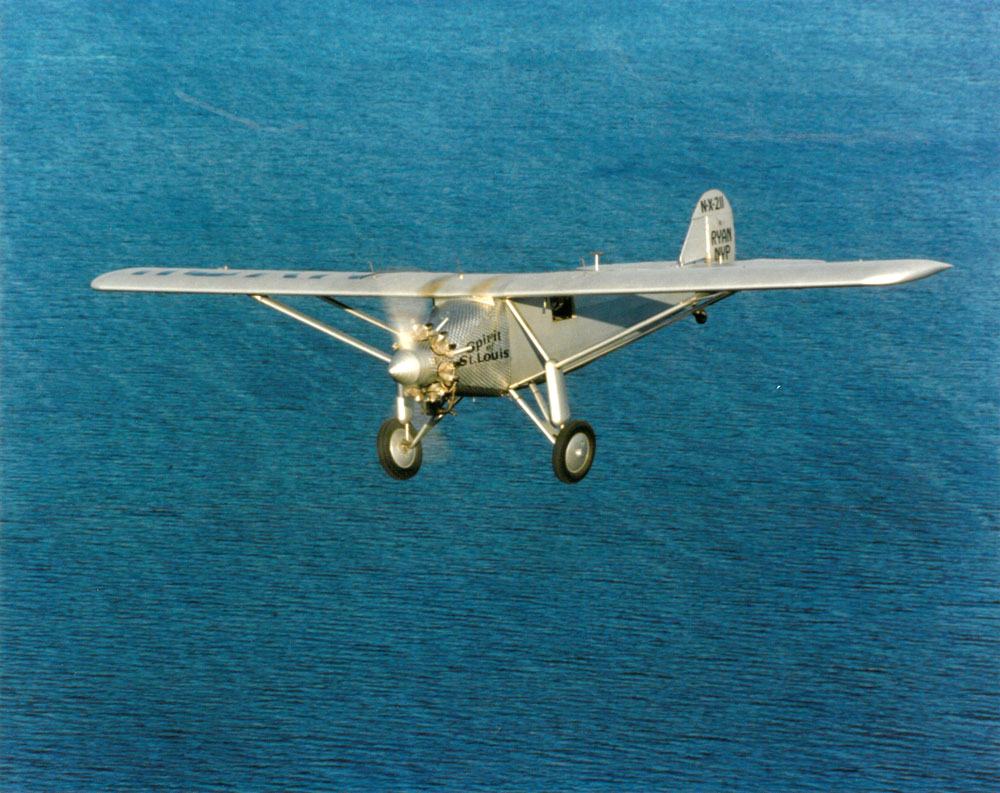 He flew alone, through the night, navigating only by the compass, stars and dead reckoning.

Taking off from Roosevelt Field near New York early on Friday 20 May 1927, he was loaded down with 1,704 litres of fuel.

He headed east, flying as high as 3,000m to clear storm clouds, and as low as 3m, skimming across the wave tops. He flew part of the flight blind through fog for several hours.

The 25-year-old former barnstormer pilot became an international celebrity overnight, and was feted around the world. He received the French Legion d’Honneur and was awarded the USA’s Distinguished Flying Cross.

Lindbergh’s flight was ratified by the FAI, which is the international body responsible for ratifying aviation records.

To prove his flight, and to show that he had completed the trans-Atlantic crossing in one single, Lindbergh carried a sealed barograph in the body of the plane.

Barographs record air pressure, and by looking at the trace of the air pressure recorded during the flight, observers could see that Lindbergh had not landed, and had completed his flight non-stop.

The original trace, which together with other original documents from the record flight are today held at FAI headquarters in Lausanne, shows that Lindbergh flew much of the flight at low altitude. He climbed higher about one-third of the way through the flight, to avoid storm clouds.

Other documents the FAI holds from Lindbergh's historic flight include the letter from the National Aeronautic Association of the USA to the FAI requesting the flight be ratified as a world record.

Dated 26 May 1927 and addressed to Monsieur Paul Tissandier, then Secretary General of the FAI, it reads: “We have the honour of submitting our report on the New York-Paris flight, flown by Captain Charles A Lindbergh, and we respectfully ask that this new record is homologated by the FAI.”

The FAI, which was founded in 1905, holds an archive of international aviation records stretching back more than a century. From Lindbergh's record flight to the first man in Space, they form a unique collection of the most important moments in aviation history. 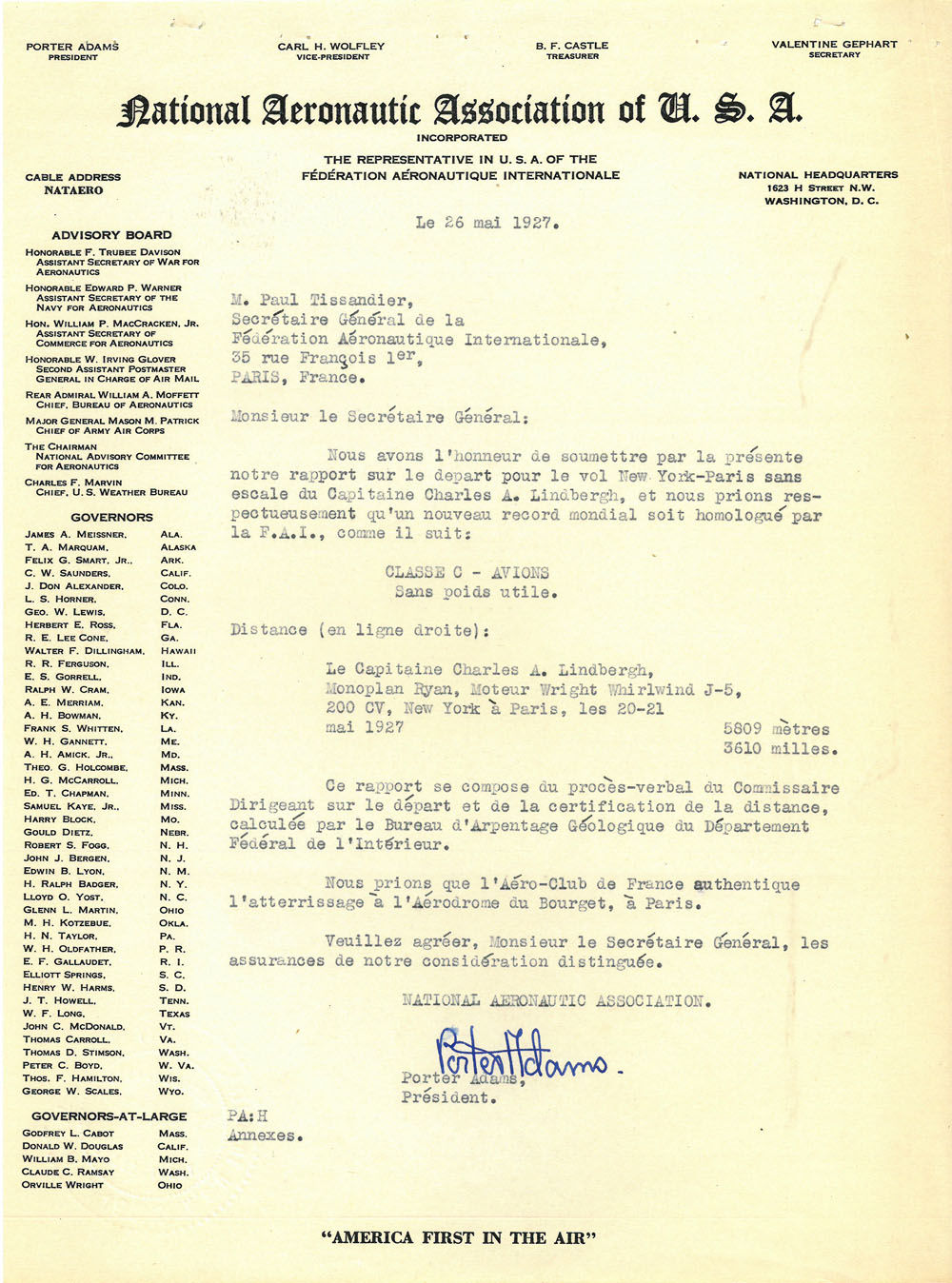