The 7th FAI European Paragliding Accuracy Championships is going on. Myrianthe Ewington reports. Day 5 greeted the competitors with glorious sunshine and beautiful blue skies. Round 8 started sharply at 10.30 but the air was already starting to bubble! The first few pilots (both new and experienced) took maximum scores struggling to deal with the incredibly light winds and initial thermals.

An incident over halfway through the round saw the safety committee called once again to respond to concerns. Flying was stood down for just over two hours whilst a number of checks were made.

A drifter took two flights on both runways and then round 8 resumed just before 3.00pm in slightly stronger winds, but with much thermic activity! Cumulus clouds started to form over the mountains. Round 8 was finished and although Round 9 was started only the first four pilots flew before strong catabatic winds came off the mountain to bring the flying to an early close.

A special thanks going out to Safety Committee Member, Andy Shaw, who has worked incredibly hard today supporting both pilots and the organisers to ensure the competition continued safely. So much so that the Safety Director paid him the compliment of referring to him as ‘a pillar of stability’! Well done Andy!

The day concluded with a meeting called by the PGA Committee Chair Martin Jovanoski and many competition pilots discussed the future of the sport and potentially beneficial ways forward.

On the photo below Andy Shaw UK, giving advice to competitors. 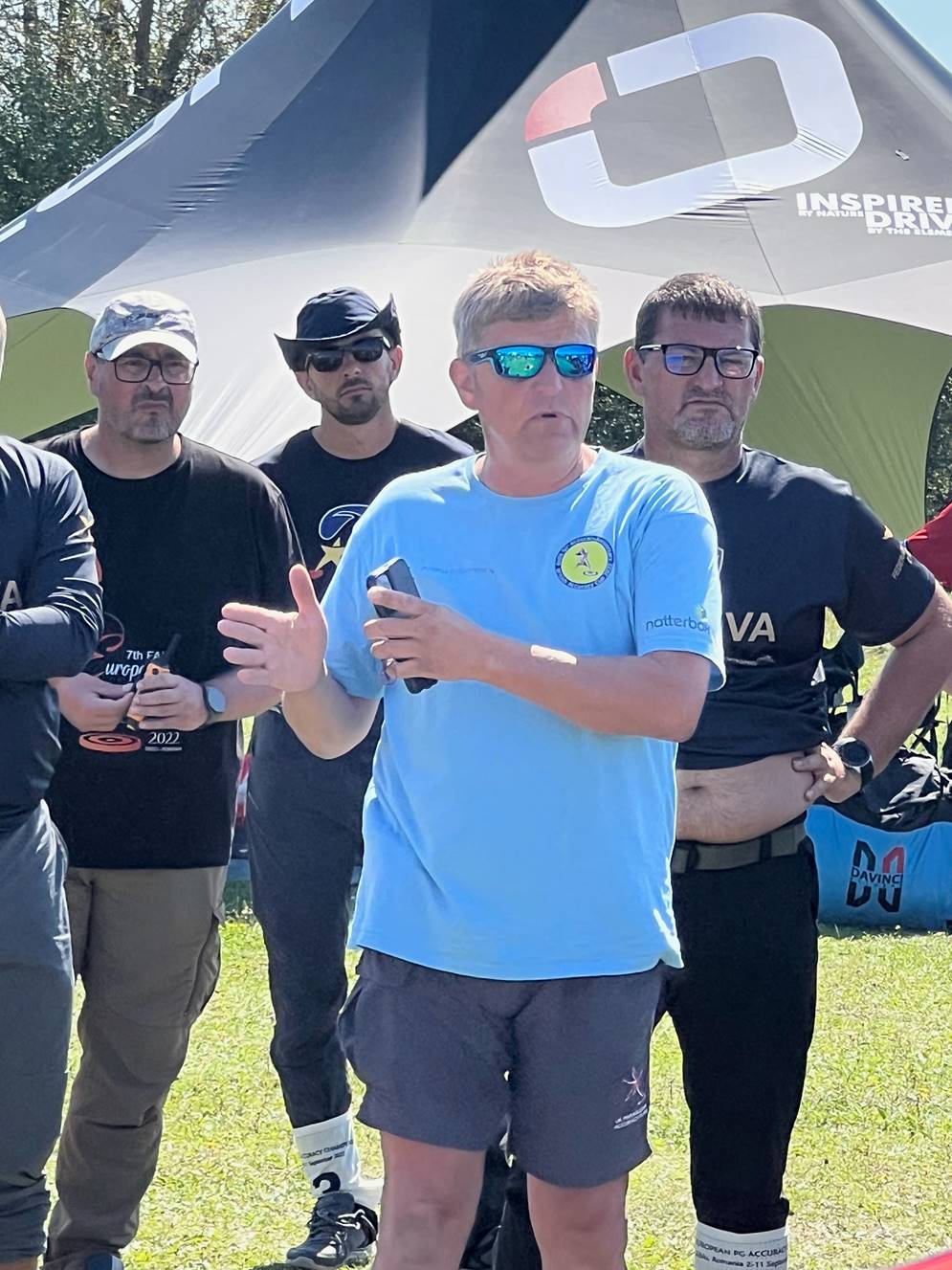