FPV live in HD: the future of competitive drone sports?

Today, for the very first time, drone racing fans will get the chance to see what their favourite pilots are seeing as they race live at the FAI World Drone Racing Championships in Shenzhen, China.

From now until the Final, the top 64 competitors at the event will be racing with tiny digital cameras capable of capturing real-time HD - 1920 x 1080 - footage attached to their drones.

Developed by Chinese drone manufacturer DJI, the technology gives spectators a first person view (FPV) and has had a largely positive response from pilots – none of whom have ever flown with it before.

“It could be the future,” said USA pilot Kevin Mead. “It shouldn’t change much for me at this stage as I have been practising flying with a weight attached to my drone, but it will definitely be good for people watching on TV.”

Junior competitor Justin Meier, flying for Germany, agrees. “It does make the drone a little bit heavier, but it is exciting to be able to show what we see live for the first time,” he said. “I hope it will help to bring drone racing to more people.” 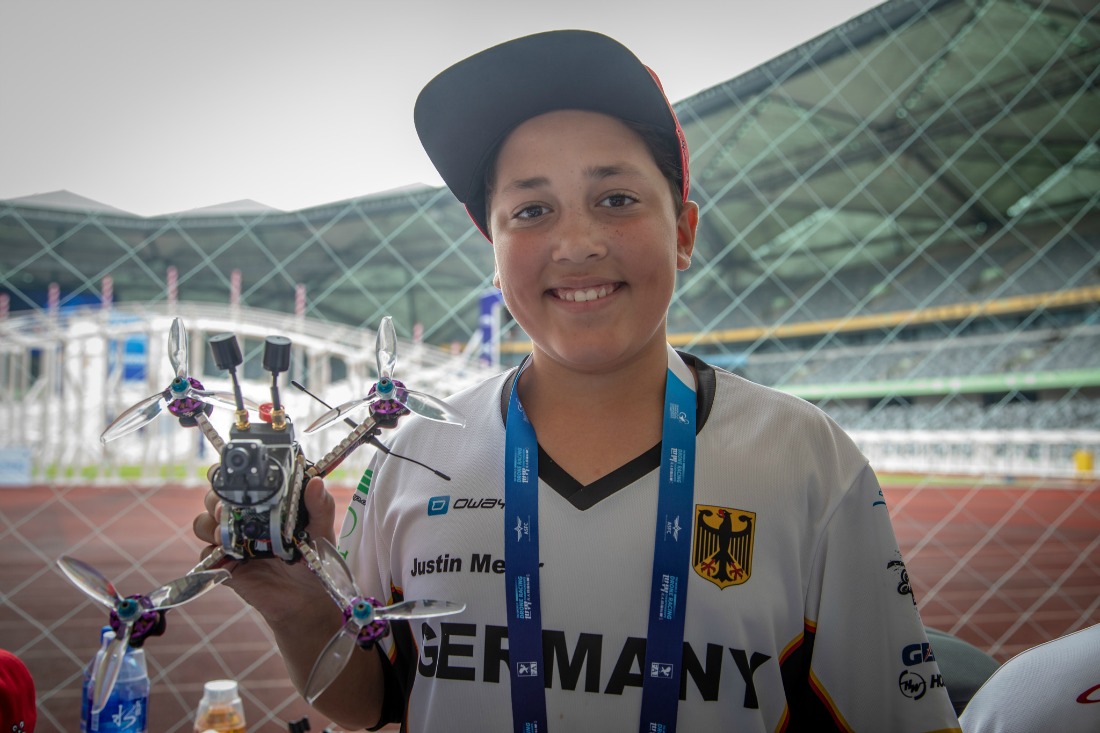 Australia’s Thomas Bitmatta, meanwhile, hopes it could be the first step towards digital quality feeds for the pilots themselves.

“It will be amazing if it works well,” he said. “I believe the plan is to eventually use it to replace our analogue feeds, which would be great as it would mean much higher quality images and less interference.”

The broadcasters here in Shenzhen are also excited about the potential for creating more immersive content.

"Drone pilots need pretty much instant feedback, which is why they currently use analogue feeds," said Will Caddy of production company Lagardère. "This technology should allow digital quality video to be useable much more quickly, which will make the coverage - and the sport - look much more professional."

The company started work on this project soon after the FAI World Drone Racing Championships test event, which also took place in Shenzhen in May 2018.

It plans to release a version of the camera within the next few months.