Father and son Wilhelm and Benjamin Eimers (top picture, after landing), of team GER-3, have won the 65th Coupe Aéronautique Gordon Bennett after flying a distance of 1572.36km; the team flew the furthest in a straight line from the take-off site in St. Gallen, Switzerland. They landed their gas balloon this morning by the Bulgarian Black Sea coast, close to the Turkish border.

SUI-1 Kurt Friend/Pascal Witprächtiger finished second (1550.32km) and GER-2 Andreas Zumrode/Axel Hunnekul came third (1512.21km). The race proved to be challenging as the competition area did not include Turkey. Therefore, the pilots had the difficult task of flying as close as possible to the Bulgarian Turkish border without crossing to avoid disqualification.

A thrilling race until the very end

It is the first time a father and son team have won the race together. Wilhelm Eimers, 72, is the most experienced pilot in the Coupe Aéronautique Gordon. He has now no less than 29 competitions under his belt (including this year) and has won it five times – this year with Benjamin Eimers, in 2014 with Matthias Zenge and in 2000, 1996 and 1995 with Bernd Landsmann. He also has nine silver medals and one bronze. He even set a FAI World Duration Record while competing in the race in 1995, when he was aloft for more than 92 hours non-stop. Furthermore, he was awarded the prestigious FAI Montgolfier Diploma in 1993 and was induced in the FAI CIA Ballooning and Airship Hall of Fame last year.

It is Benjamin Eimers’ fifth participation in the race, and his first victory. At 37, he teamed in 2017, 2018, 2019 with Matthias Zenge, where he took twice the third place on the podium, and he flew with his father for the first time in 2021. 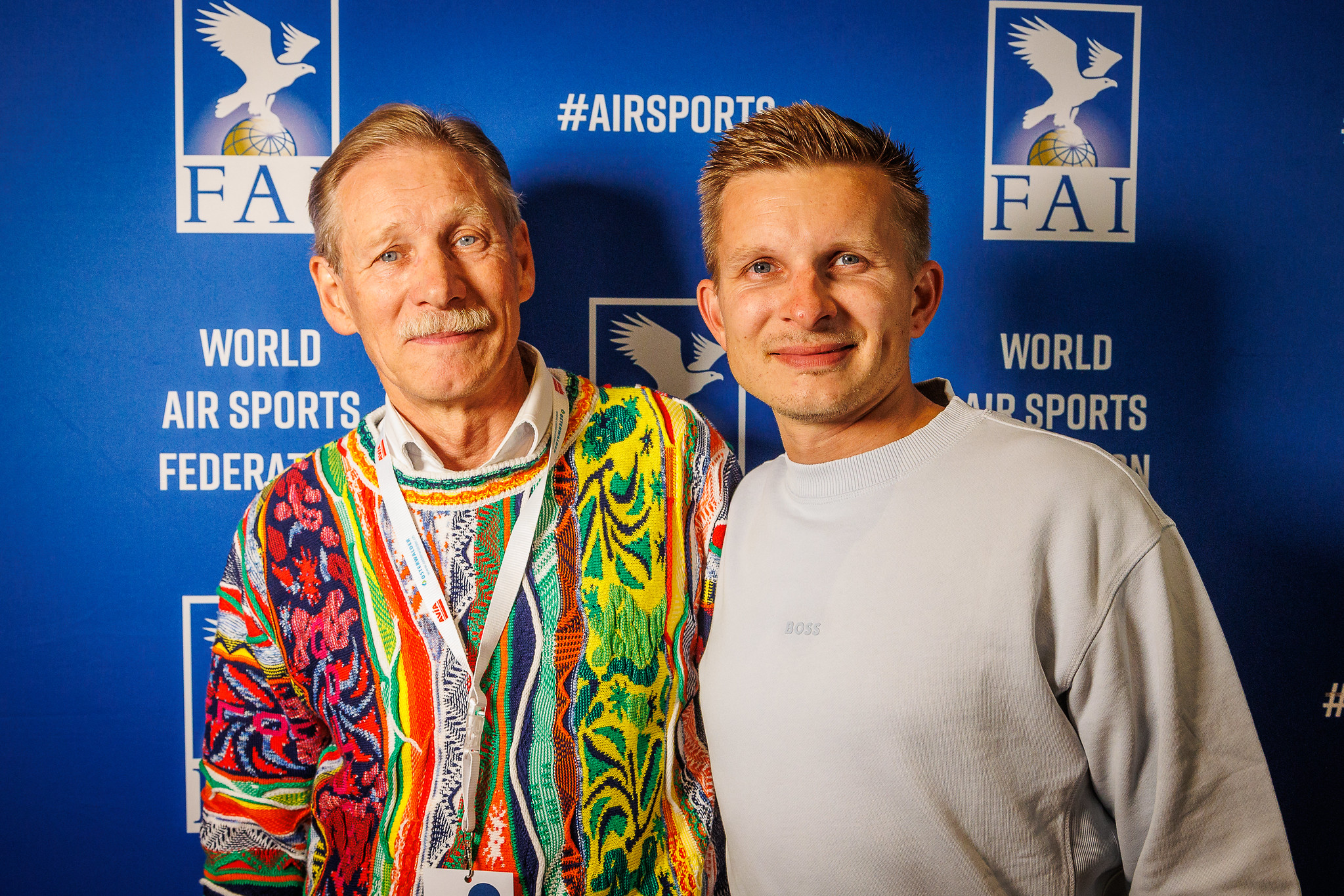 After taking off on Friday afternoon from St. Gallen, the Eimers flew along the border between Germany and Austria and continued their trip through Austria, Hungary, Serbia, Romania and Bulgaria, where they landed by the coast at 05.35 CEST. They were airborne for a total of 2 days 12 hours 50 seconds. In the course of the race two strategic options opened up. One flying to southern Greece and one flying to the Bulgarian Turkish border. Three balloons went for the “Greek” option while the pack went for the “Black Sea” option thus traced similar trajectories, making the race thrilling until the very end. Indeed, several teams were fighting for first place right up until the very last minutes of the race.

The prize-giving ceremony will take place on Saturday 10 September in St. Gallen.

The Coupe Aéronautique Gordon Bennett, the FAI World Long Distance Gas Balloon Championship, is the oldest event in aviation and the ultimate challenge for ballooning pilots. The first edition took place in 1906 and since then, the goal has not changed: to fly the furthest non-stop distance in a straight line from the launch site.

The winning team brings the competition to their country. The 65th Coupe Aéronautique Gordon Bennett was hosted in St. Gallen this year thanks to the victory of team SUI-2 in 2019. The 66th edition will also be held again in Switzerland (Sion) in 2023, as team SUI-1 won last year. The 67th edition will take-off from Germany in 2024 following the Eimers victory. 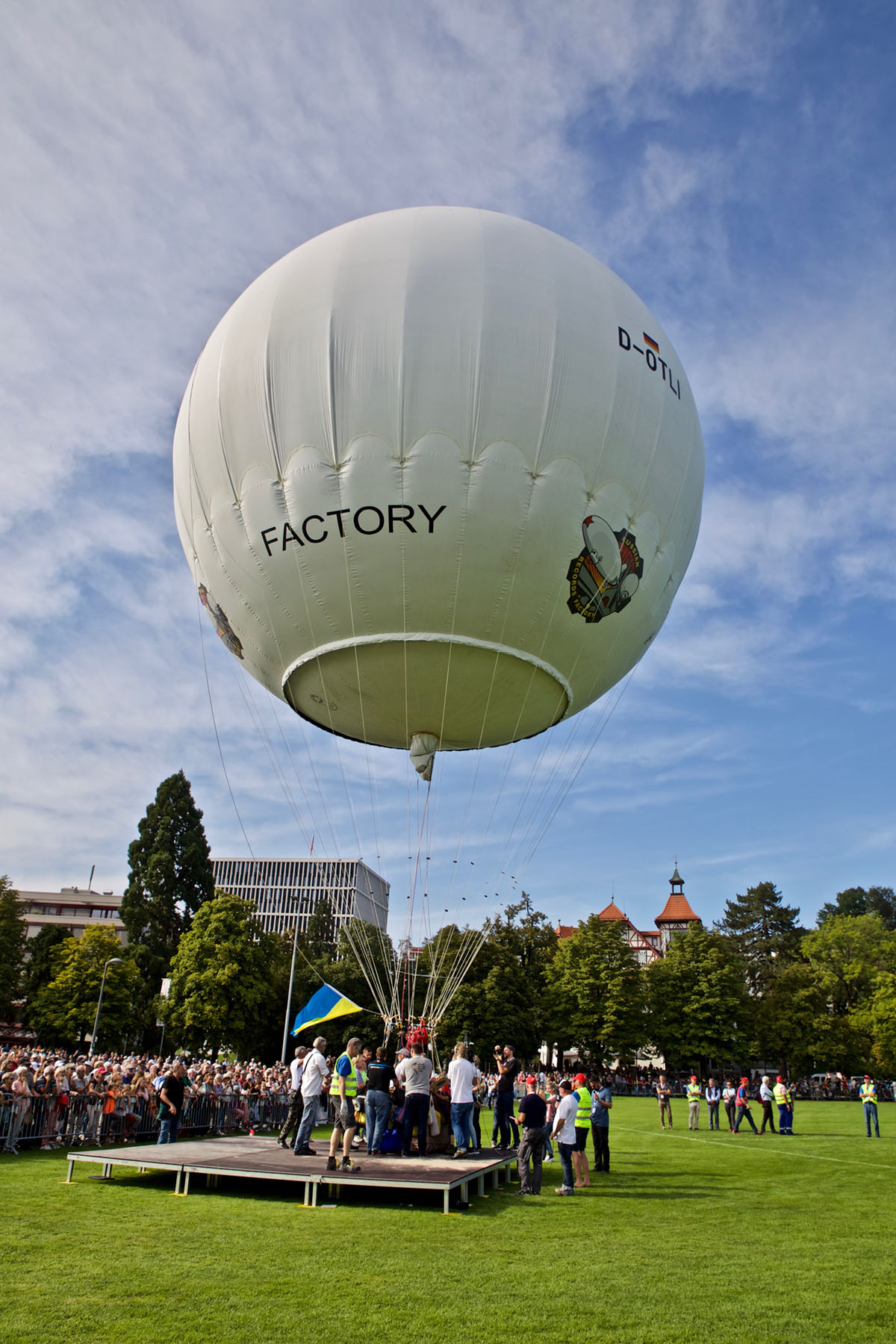 GER-3 Wilhelm and Benjamin EImers taking off on Friday 2 September from St. Gallen