The International Skydiving Museum, an FAI recognised museum, held its Hall of Fame celebration event in DeLand and Daytona, Florida from October 6th to 8th. The Museum is not yet built but the land has been bought in Orlando, Florida but construction is delayed until the previous plot of land has been sold. 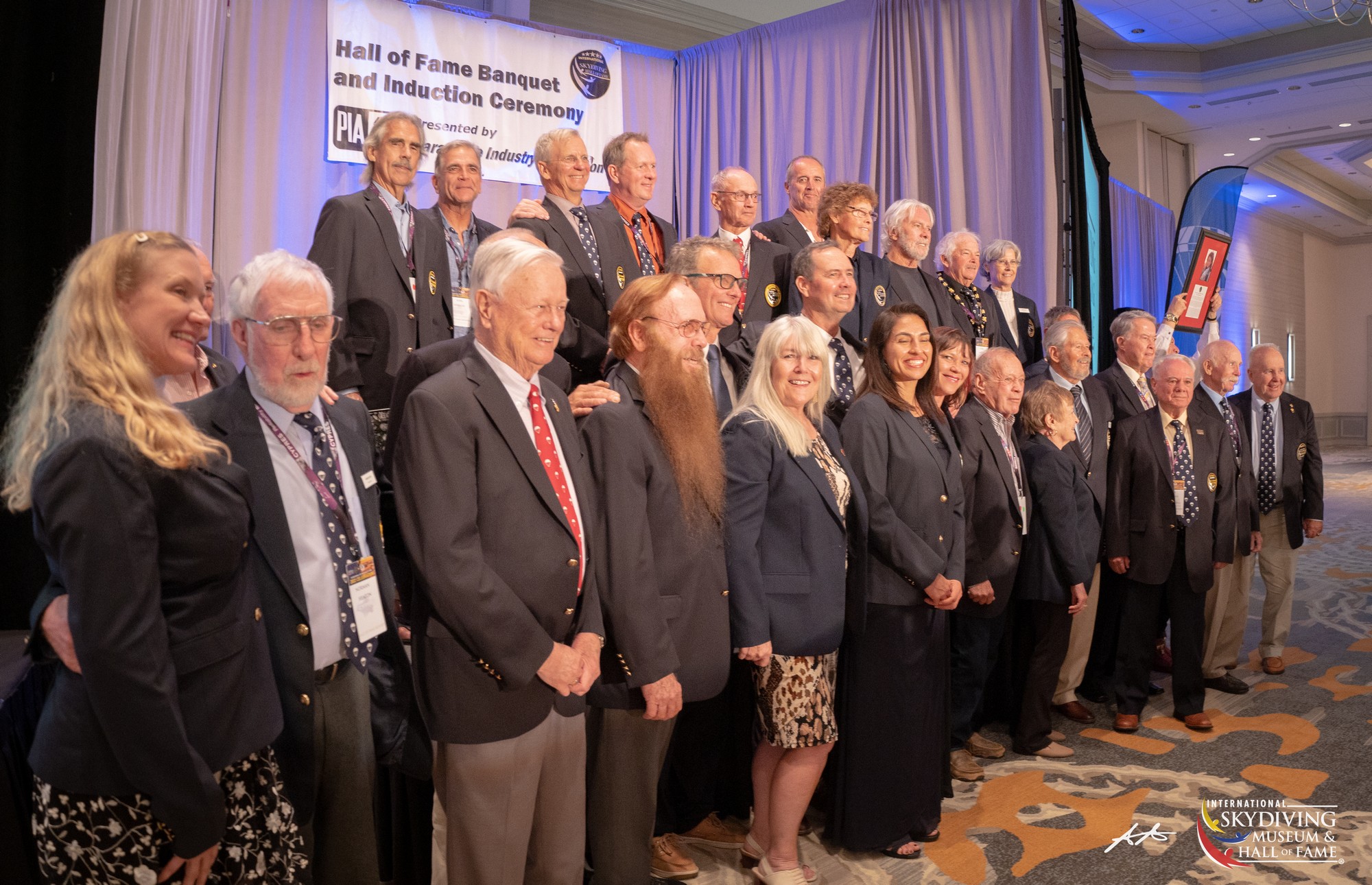 The event last two days and was packed with interesting activities including a record jump for skydivers over 80, a 10-way Speed competition, an Accuracy competition and different presentations and book signings. 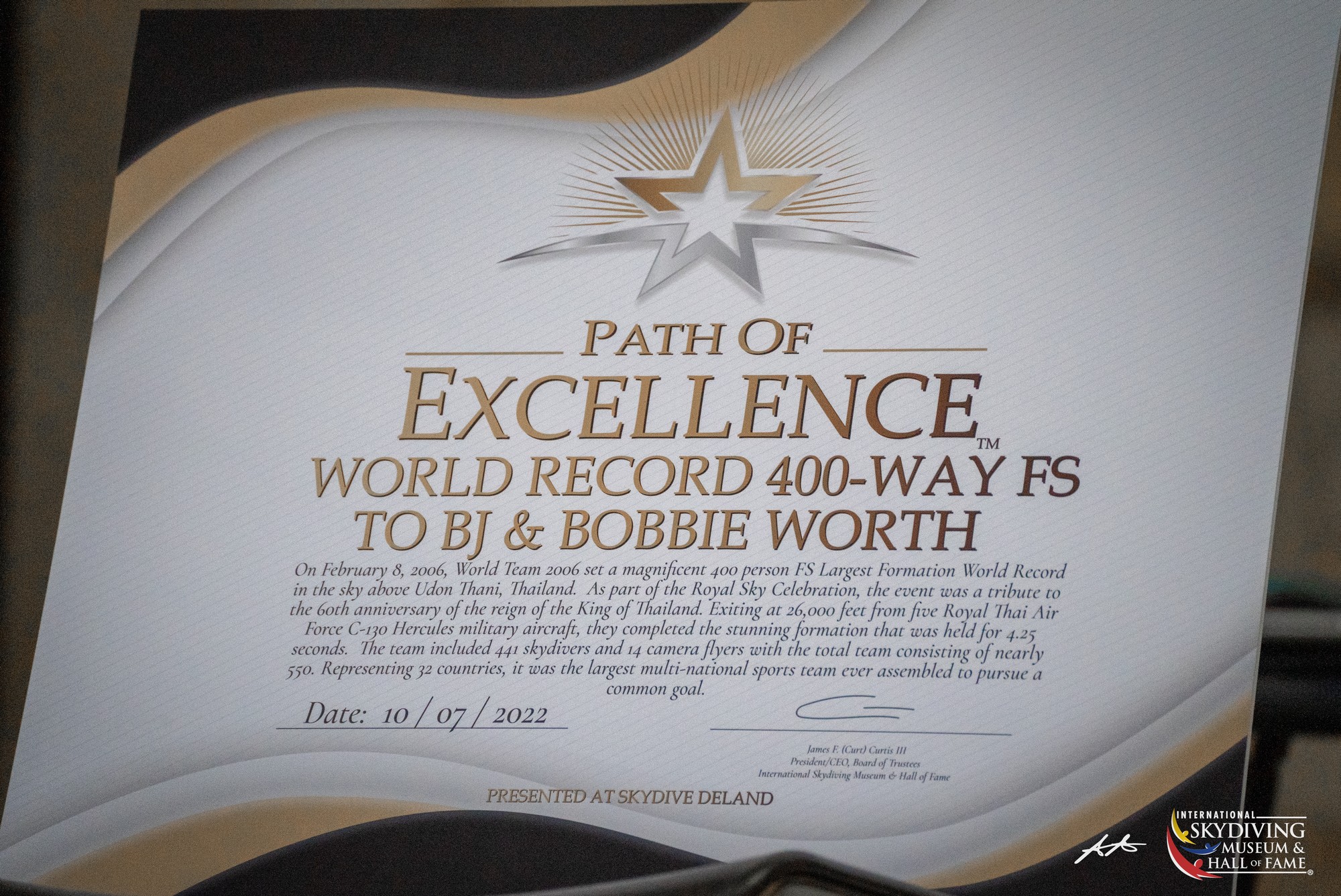 Over 70 of the more than 500 contributors to the jump (including videographers, ground crew, etc.) were present to receive their award. 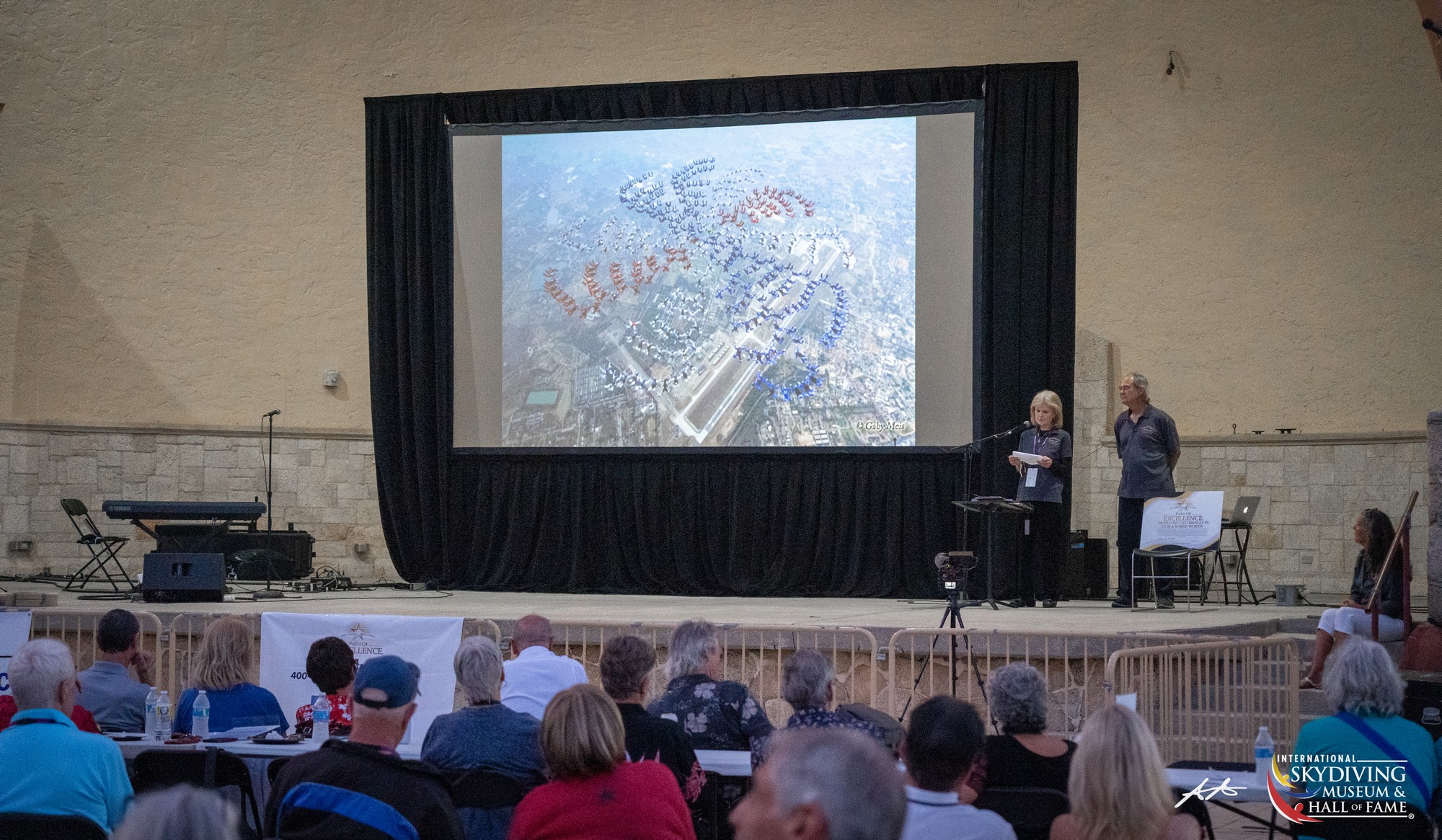 The eight inductees into the Hall of Fame included current skydivers and people who have become legends in the sport.

The class of 2021 who were unable to be inducted last year: Lesley Gale and Bruno Brokken. 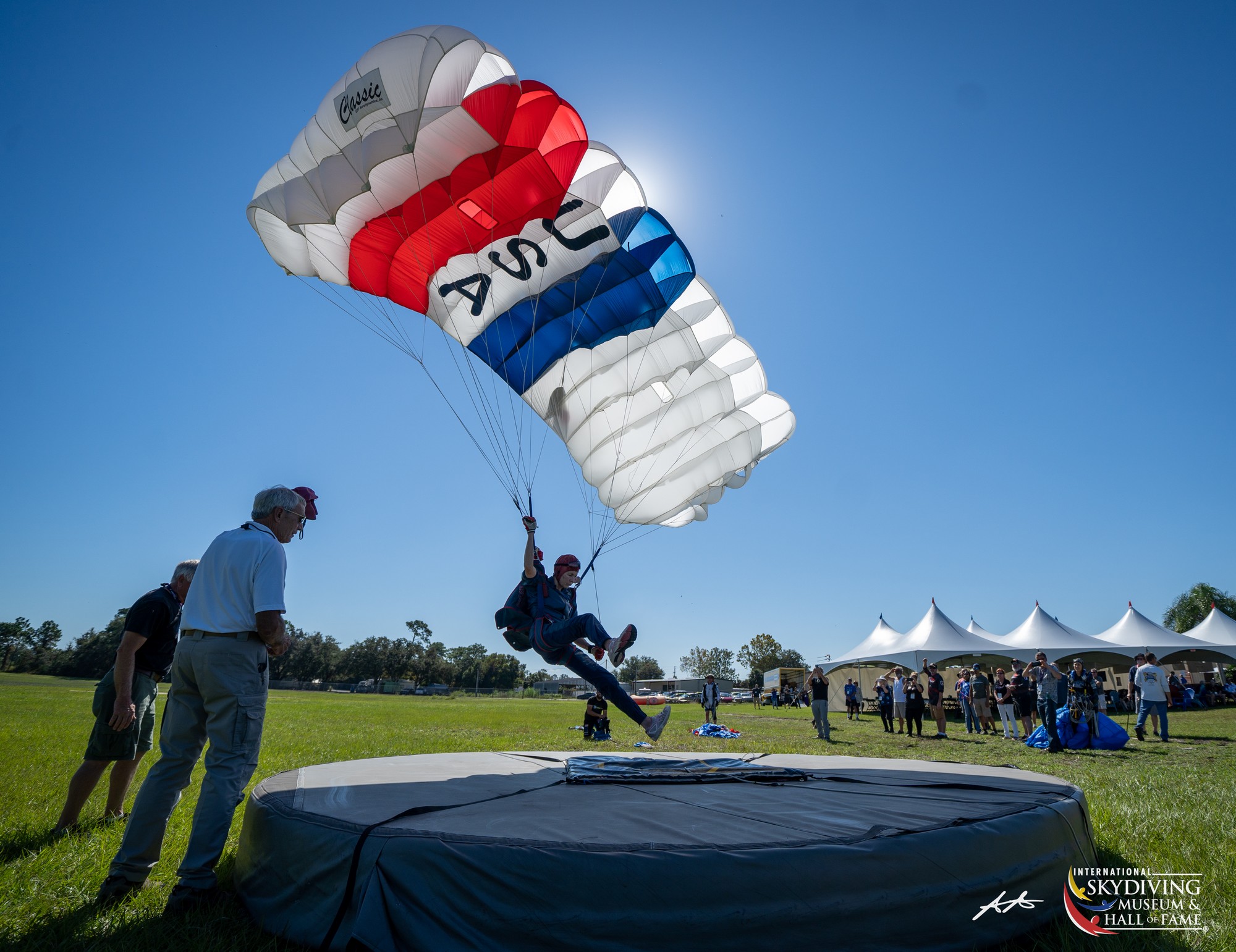