Dozens of medals were presented at the first of two ceremonies taking place at the Palm Dropzone today (December 12). 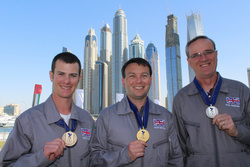 e was rapturous applause as Team GB claimed the gold, silver and bronze medals in the Microlight (Weight-Shift Controlled) competition.

Gold medallist Broom said: "It's amazing, especially from a British perspective, and we've done it on British built aircraft. It's beyond all our expectations. 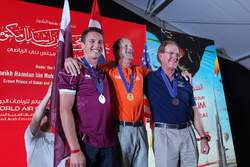 Gold in the Microlight Gyrocopters event went to Remco van Ravenzwaaij from The Netherlands, who raised his fists in a victory salute and proved he knew the words to the Dutch national anthem by singing along. 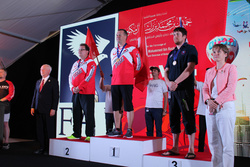 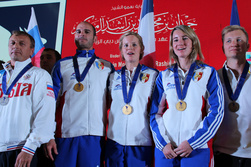 The Parachuting Canopy Formation 2-Way Sequential team event was won by France, the only team made up of two women, plus a male cameraman.

"It's not bad, in fact it's awesome," said Team France member Cindy Collot. "We've developed other ways of working, using synchronisation and precision. The new smaller chutes mean we can compete on a level paying field." 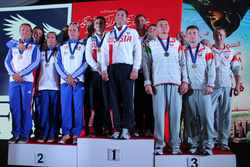 It was a "beautiful day" for the Russian Parachuting 4-Way Rotation team, which beat off strong competition from France to collect the gold.

Congratulations to all the medallists!