Michael Emich, from humble beginnings to the FAI/CIA Sporting Badge Gold with one Diamond

Michael Emich is an accomplished balloonist who has been pushing boundaries and records since the 1980s. He pilots both Hot Air and Gas balloons, and he has built his own balloons to further the pursuit of his goals. He was awarded this year with the prestigious FAI/CIA Sporting Badge, Gold with one Diamond, in recognition of his achievements.

Michael (Mike) Emich got his start in aviation as a child, watching the Goodyear blimps at his local municipal airport with his father. From then on, he hit the ground running. At the age of 12, Mike became a member of the Lighter-Than-Air-Society, based in Akron, Ohio USA.

By the time Mike reached high school, gas ballooning was a disappearing sport. Based at a nearby small airstrip in Ohio, a group of senior pilots were restoring and flying gas balloons. Mike would hitchhike his way out the airstrip to get hands on experience and assist in the restorations.

Emich got his first taste of the sky in 1971 when he got the chance to go on a tethered balloon flight for the 50th Anniversary of Lakehurst Naval Air Station. In just three short years, Mike became Pilot in Command and flew his own balloon solo in September of 1974. 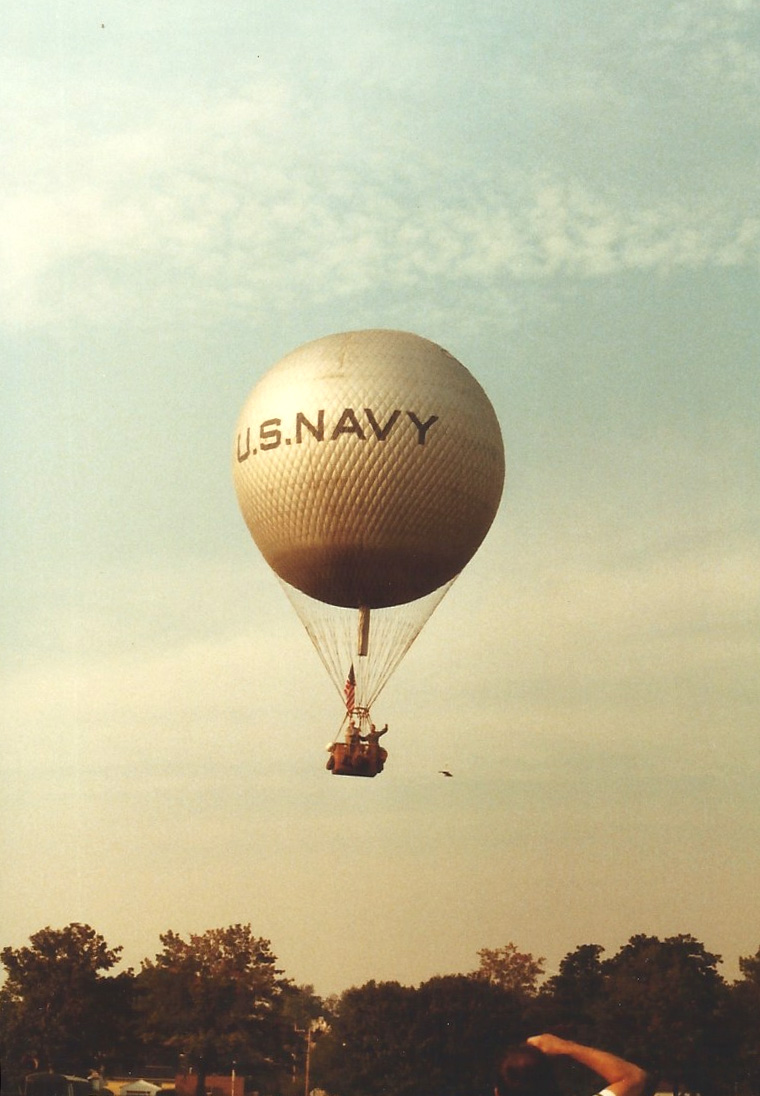 Not long after gaining his Commercial pilot certificate at the age of 18, Mike built his very own balloon. This was a 21,000 cubic foot “Cloud Hopper” balloon constructed of Tyvek with a chair gondola. This balloon is now on display at the National Balloon Museum in Indianola, Iowa, USA.

Since then, Mike has built and restored numerous other experimental balloons, including two WWII US Navy Gas Balloons with friend Bill Armstrong. It was in one of these balloons that Mike and Bill set a US National AA distance record in 1985, a flight lasting 17 hours covering 828.8 kilometers. Mike is a recipient of the Balloon Federation of America (BFA) Shields Trauger Award (highest award given by the BFA) for this notable flight. 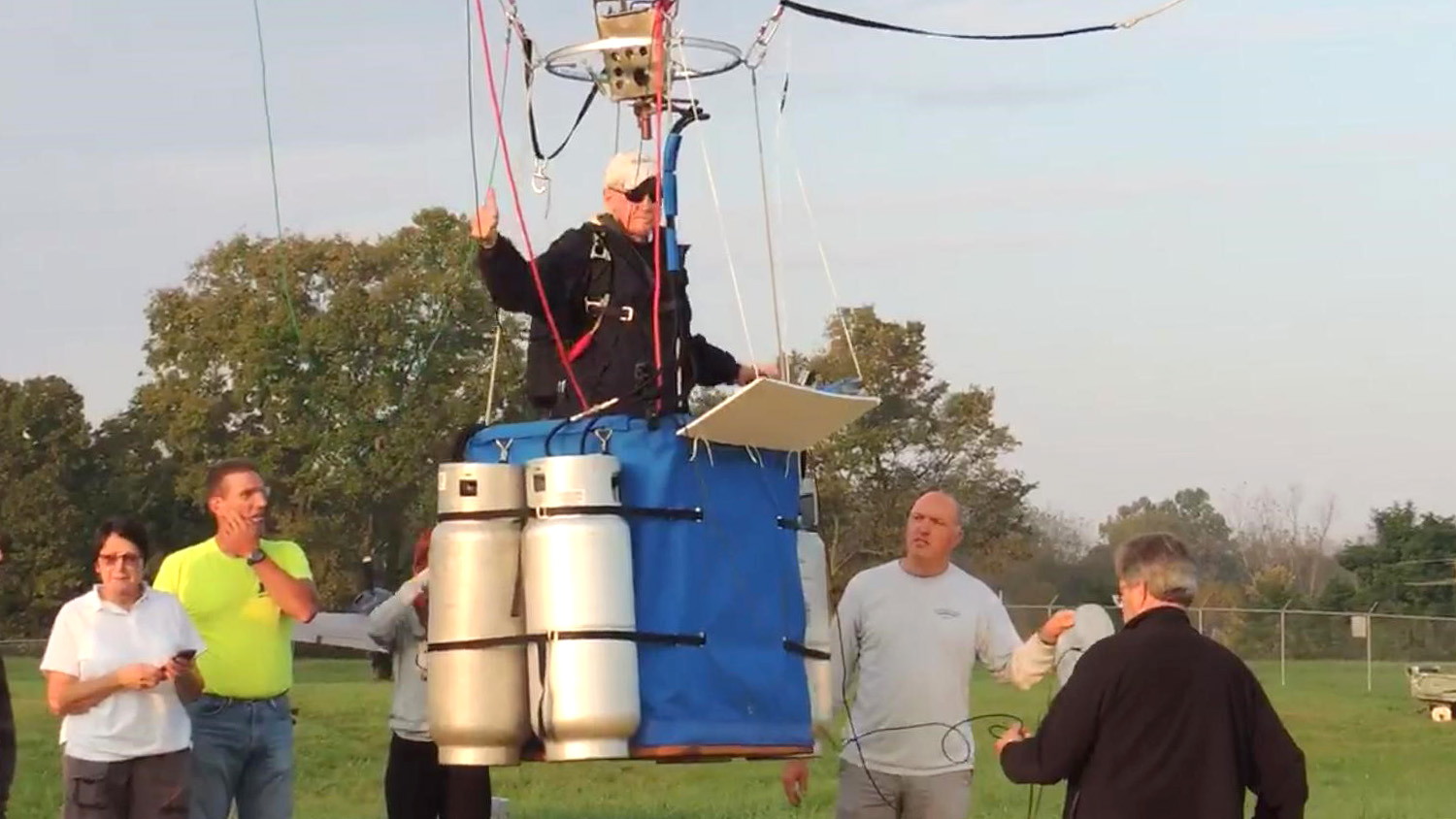 Emich launches in his homebuilt balloon in pursuit of the FAI Gold Badge Altitude.

On March 15, 2019, Mike Emich received the prestigious FAI/CIA Sporting Badge, Gold with 1 Diamond. Emich used his record flight from 1985 as the platform for his Gold Duration and Gold with Diamond Distance needed for his badge.

A 2016 BFA sanctioned event in Middletown, Ohio provided the perfect place to secure a Gold Goal performance of 0.3 meters.  All that was left was an altitude flight over 6000 meters.

In the US, balloon flights over 5,486 meters (18,000 feet) require advance notice and special permission from the Federal Aviation Administration (FAA).  Months of meetings and planning with the FAA all lead up to one day. On October 7, 2018, Emich launched from Lancaster, Ohio, USA in a homebuilt balloon climbing to an altitude of 6,766.6 meters (22,200 feet), successfully accomplishing the needed Gold Altitude. Emich’s incredible Gold Sporting Badge achievement was one of only two Gold Sporting Badges awarded in 2018.

Mike shared his feeling about accomplishing these records: “I think what I am most proud of is all of the hot air records and altitude flight were done in balloon systems of my own design and construction.” 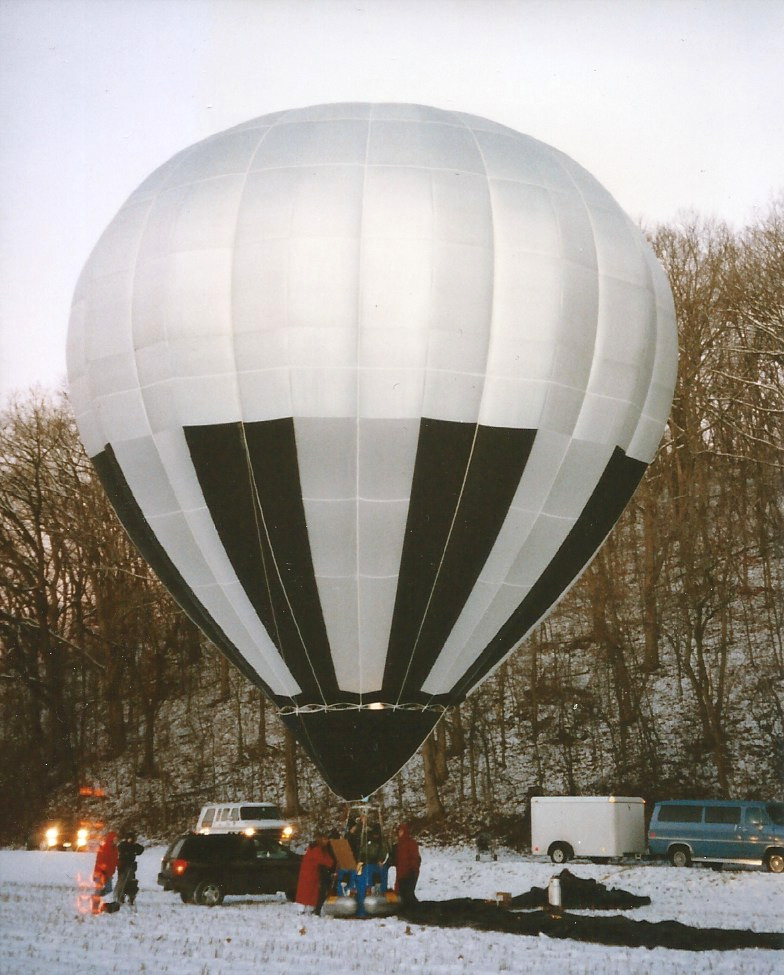 Mike has been flying for more than 45 years and has more on his list to accomplish.  He’s not done yet. For aviators like Mike, the sky is not the limit, the sky is home. 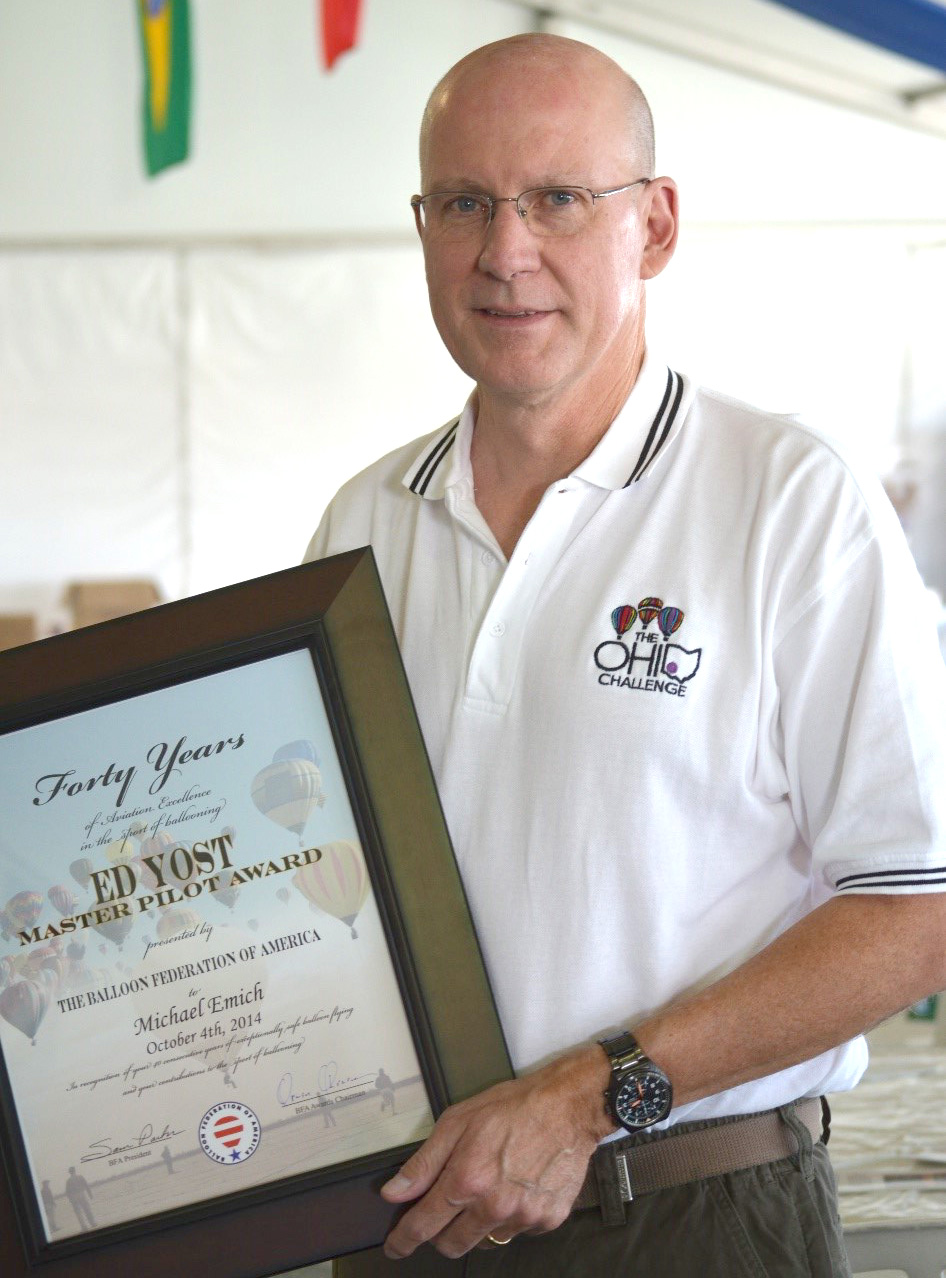