“It was a lot of fun!” said a spokesperson for the FS 8-Way team. “The tunnel is pretty similar to what we train in North Carolina. We had a few adjustments to make, but it’s really nice to fly here.”

Across the board, the level at this year’s Championships – held in Lesquin from 17 to 20 April – was extremely high, with amazing displays of grace, control and athleticism in all events.

“The competition was great,” Schwaiger said. “I had a really nice difficulty score, which put me in a good position, but I had a couple of rusty rounds too.”

“I trained hard for this and it was a good competition,” Watson added. “It was really fun competing with the other Juniors.” 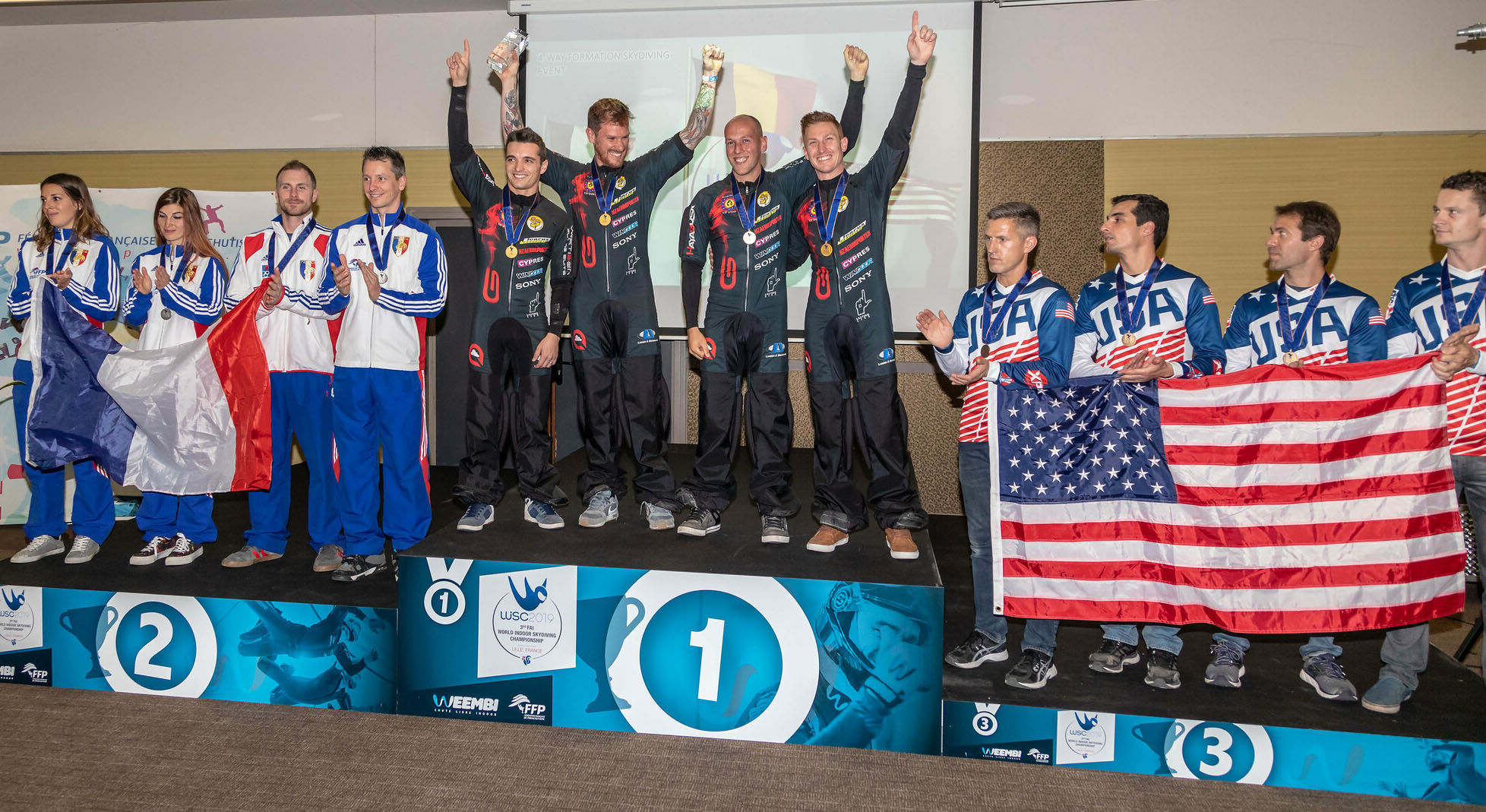 Belgium came out top in the FS 4-Way category after a total of 10 rounds.

“The competition went really well,” the Belgian team said. “Obviously it had its ups and downs and we had strong competition from France, but it was good.”

FS 4-Way (Women)
This category was really close all the way through, with the teams from France and the UK fighting it out for first place. In the end, France took the win by just two points.

“It was not easy,” the French team said. “There was a very big challenge from the British girls.” 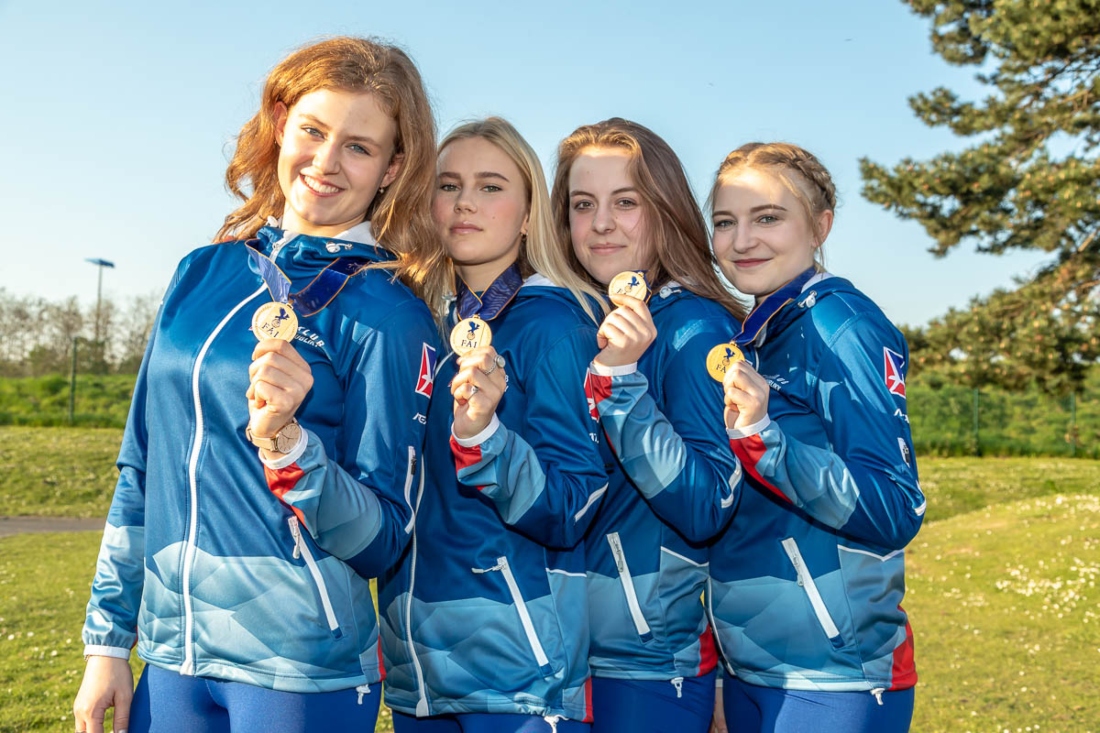 The all-girl Czech Republic team took gold ahead of France and Russia in the FS 4-Way (Junior) event.“It was pretty tough with the French boys pushing us hard, but we really enjoyed it,” the Czech team said.

“I think the level of competition this year is super high,” Poh said. “So I’m really proud of my performance.” 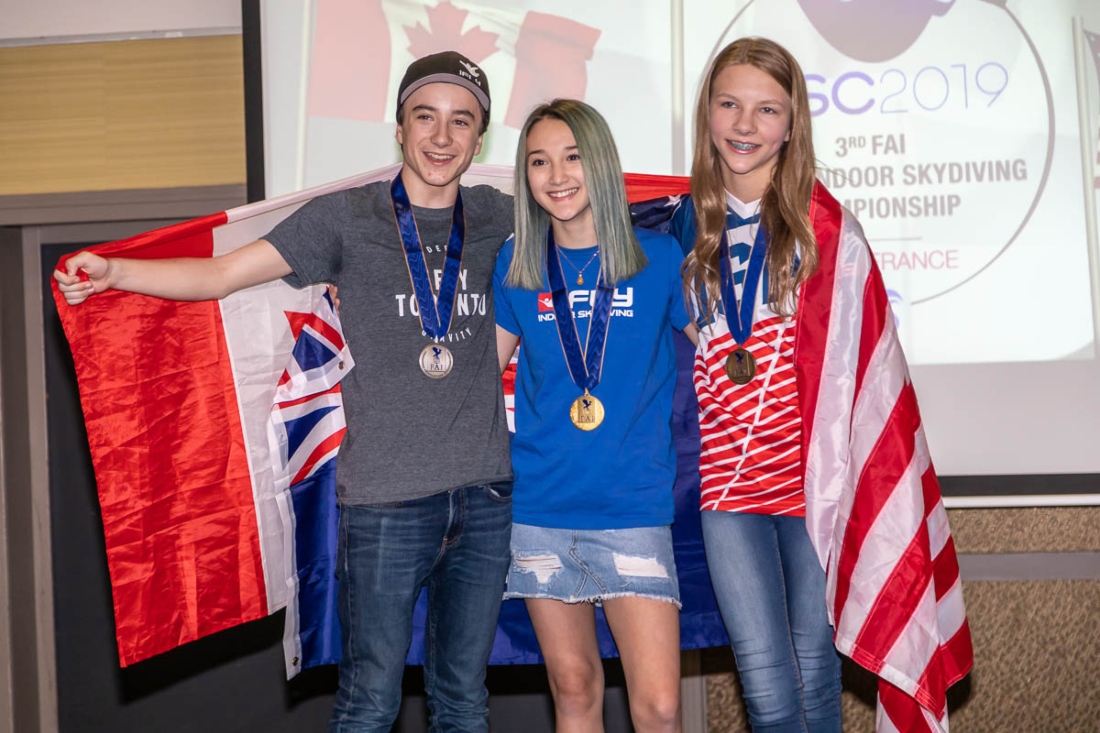 Silver medallist Malachi DeAth of Canada said: “It’s been real fun. I love the community and how we’re all congratulating each other between rounds.”

“We lost a couple of years ago in Montreal to the French team,” the USA team said. “But we took the indoor meet a little more seriously this time, and we had a good one.” 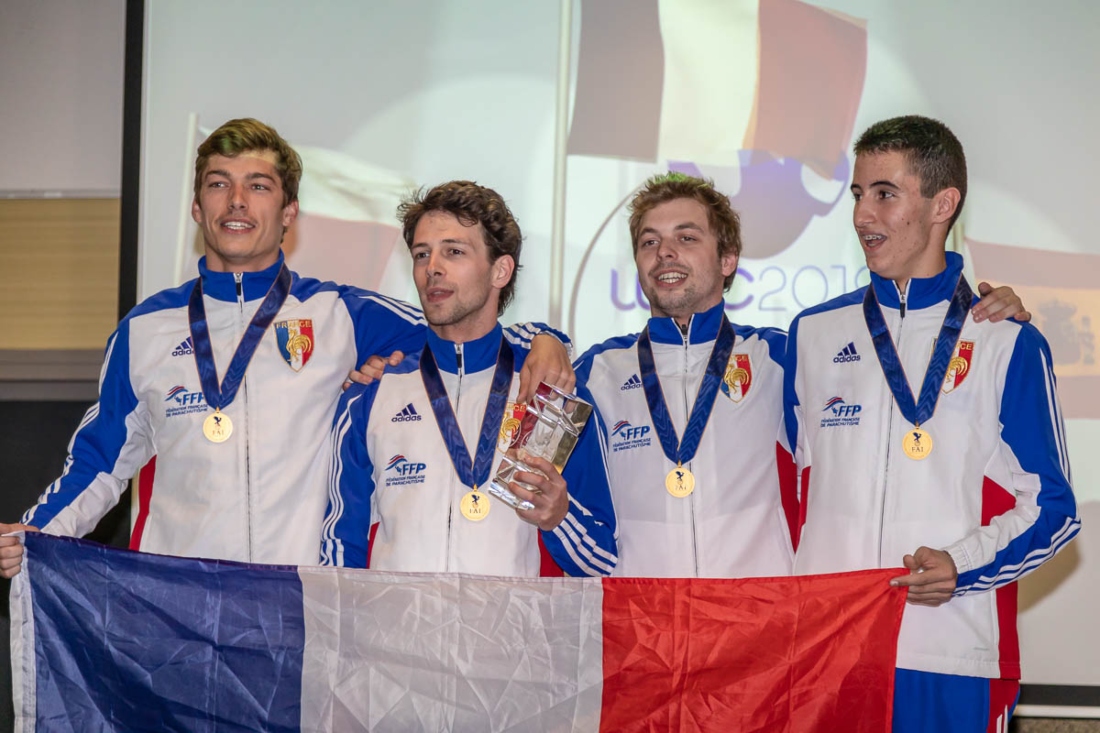 The crowd screamed with delight as France claimed gold in the Dynamic 4-Way event. “Wow, that was awesome,” the French team said. “We won the free, we won the speed, we won the title!”

Dynamic 2-Way
A team made up of brother and sister Kaleigh and Noah Wittenburg (USA) came out on top in the Dynamic 2-Way event, prompting tears of joy from both of them.

Noah Wittenburg said: “It’s incredible! We’ve worked so hard for so long for this, it means everything.”

FS 8-Way (Open, Second Category Event)
The USA claimed gold in the FS 8-Way (Open), in which the eight members of each team attempt to make as many holds as possible within the allotted time.

Silver medallists the French team said: “Our team is young but fast. We lack a bit of experience but we were proud to beat the strong American team in a couple of rounds.”

The graceful young sport of indoor skydiving is one of the fastest growing FAI disciplines. With roots in traditional skydiving, it involves flying inside a glass-walled, vertical wind tunnel, rather than jumping out of a plane.

Competitors are judged on their performance of a series of moves – either pre-determined or artistic – while balanced on a jet of fast-moving air within the wind tunnel. Routines last for between 35 and 90 seconds, and the athletes compete either solo, with a partner, or as a team of four (or up to eight in some events).

Like many air sports, events are open to both female and male participants. And as the wind speed in the tunnels can be altered to account for the athlete’s weight, men and women can compete on a truly level playing field.