One More Orbit team circle the globe in under 47 hours

The One More Orbit crew led by Action Aviation chairman Hamish Harding and astronaut Terry Virts has completed its circumnavigation of the world.

The team’s Qatar Executive Gulfstream G650ER aircraft landed at the NASA Kennedy Space Center in Florida at 8.12am on 11 July, after a round trip that took in both the North and South Poles and took 46 hours, 39 minutes and 38 seconds.

If ratified, this time beats the current FAI World Record for speed by any aircraft while circling the world via both Poles. Held by Switzerland’s Aziz Ojjeh, it was set in 2008 on a flight that took 49 hours and 36 minutes, translating into an average ground speed of 822.8km/h.

The FAI is waiting for the necessary record claim documentation to ratify the One More Orbit flight as a new world record. 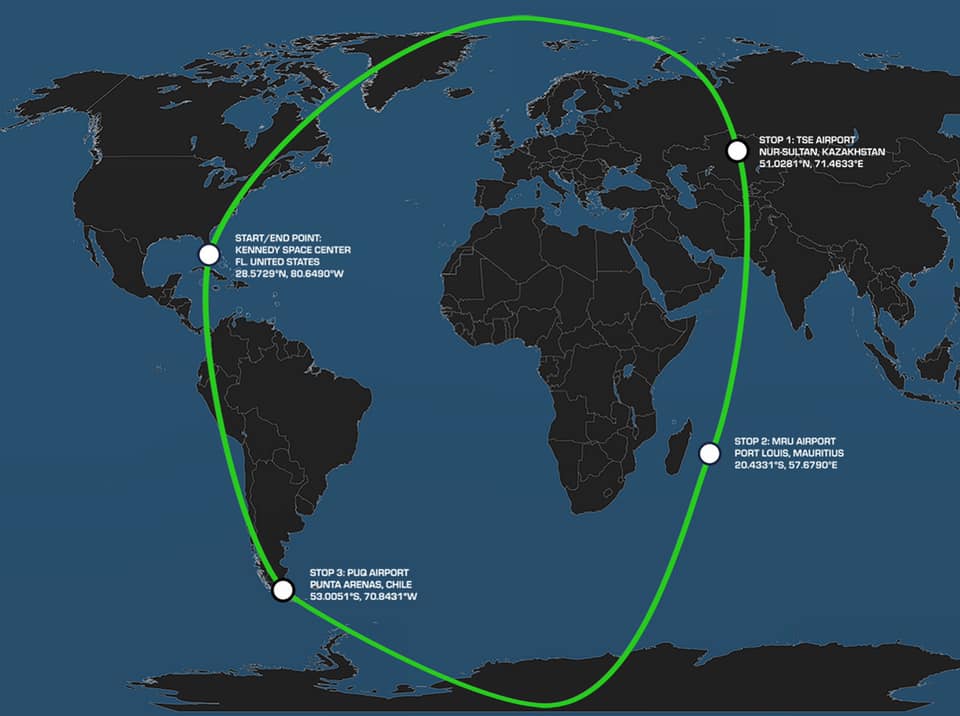 About One More Orbit

It was completed in a Gulfstream G650ER: the fastest ultra-long-range business jet in the world capable of reaching Mach 0.925 and powered by two Rolls-Royce BR725 A1-12 Turbofans.

The full crew is made up of: