Qualifying for the second stop of the 2019 Red Bull Air Race season delivered drama in Kazan, Russia on Saturday, as French pilot Mika Brageot clocked a track record and won Qualifying for the first time in his World Championship career.

Defending titleholder Martin Šonka of the Czech Republic was second, while another Frenchman, François Le Vot, edged out Japan’s Yoshihide Muroya for the third-best time.

Air Racing insiders have expected a tough battle at the sport’s third race in front of the Kazan Kremlin: the difference among the podium finishers last year was just 0.181s. But Saturday’s Qualifying exceeded all expectations, as Brageot, who is in only his third World Championship season, flew eighth in the 14 pilot field and came up with a time of 1:01.431.

Japan’s Muroya had been on a streak, winning Qualifying and the race at the season opener in Abu Dhabi, then topping every Free Practice timesheet since arriving in Kazan.

But on Saturday, the Japanese pilot finished his best Qualifying run more than half a second behind Brageot, while Šonka got close, but not close enough, to the young Frenchman at 1:01.583. Le Vot was 0.405 behind his compatriot.

Brageot also clinched his career-first DHL Fastest Lap Award for producing the fastest single lap among all the two-lap Qualifying runs. At the season finale in September, the pilot with the most awards will be presented with the 2019 DHL Fastest Lap trophy. Brageot is tied with Japan’s Yoshihide Muroya at one award each.

A rule change in 2019 awards World Championship points to the top three finishers in Qualifying. After the results on Saturday, second-overall Šonka has moved within four points of his Japanese rival Muroya, who clings to the top with 28 points.

The 2016 World Champion Matthias Dolderer of Germany will not race in Kazan after a pylon hit in Qualifying saw his raceplane damaged and unable to be repaired in time for Race Day. The German competitor was on his second lap of his second run when he hit the single pylon at the end of the Chicane. 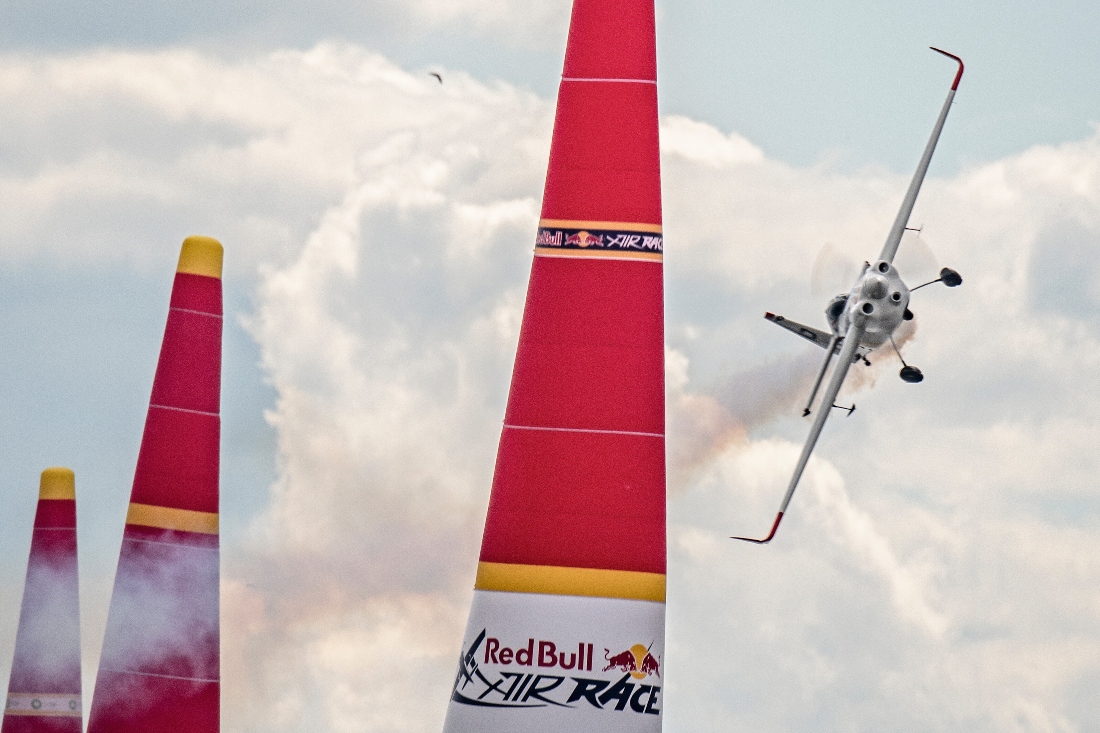 As part of the integrated safety design, the pylon burst upon contact with the wing, but the hit was relatively hard, with clear damage to the wingtip. While Dolderer returned safely to the Race Airport, the Edge 540 V3 requires an extensive check to assess the situation fully.

Qualifying determines the head-to-head matchups for the opening round on Race Day this Sunday, 16 June:

As the fastest Qualifier, Brageot is slated to face the slowest, which was Dolderer. Although Dolderer will not race on Sunday, Brageot will still fly in the opening Round of 14, aiming to set the best time possible to secure an advantageous matchup in the Round of 8.

Šonka will be challenged by Juan Velarde of Spain, who made the Final 4 in Kazan last year. Le Vot goes up against Kirby Chambliss of the USA. Team Chambliss has never finished off the podium in Kazan, but seem to be struggling in Russia this year. Muroya will take on Ben Murphy, the British pilot in his second World Championship season.