Roldanillo Paragliding World: It's been a blast!

« Good morning from Roldanillo for the final time of these Worlds. It's been a blast. » reports Ed Ewing, editor of XC Magazine, in his daily report on the championship website.The winners of the blast and new World Champions: Honorin Hamard and Seiko Fukuoka-Naville from France, and the German team.

Team France of course is number one. They take home two World Champions. It's a great achievement for France's team manager Didier Mathurin who has pioneered new ways of mentoring, coaching and training new and young pilots. Last night Didier explained to me that Team France has two more generations of young pilots below Honorin Hamard. That he was told for the longest time that young pilots need time, experience and to learn from the old guys. But in fact, Didier has shown with the right approach young pilots can be helped to reach the very highest level very quickly. Honorin is still in his mid-20s, and he has won the XContest, has flown world record XC in Brazil, and is now Paragliding World Champion. If Didier Mathurin has the mould from which to make more Honorins then France looks set to dominate for a long time to come.

Germany goes home happy: collectively they have won Team Gold. Individually there are three pilots in the Top 10.

Slovenia goes home happy: a task win on the last day helped push them into Silver on the Nations podium.

Torsten Siegel is happy twice over: he takes a bronze individual Worlds medal and a Team gold to add to his individual European gold medal from last year. As a GIN designer he goes home happy too. "Thanks for flying GIN!" he said to Michael Maurer with a laugh on the podium last night. The manufacturers' race between Ozone and GIN is alive and well.

And Roldanillo is happy: it's put on a great competition, its people have shone and the flying has been good.

Who goes home sad? We'll leave that for another time and place. Today is all about packing up the circus tent and moving on.

Thanks very much for reading. We hope to see you next time!"

These are the final results.

Some facts and figures

Ana Maria Morales on the Championship

It was a cloudy Sunday morning during the 14th World Paragliding Championship 2015 in Roldanillo, Colombia. The excitement of the competition could be felt around the central park of Roldanillo. The pilots started to appear from every corner ready to hit “Los Tanques” the launching spot. The locals were not indifferent to all the excitement that spread out through this little town of Valle del Cauca. They took pictures and interacted with the teams. The fresh air in Roldanillo could be felt with more intensity along the curvy green road that ends at “Los Tanques”. Once there, the large crowd waited patiently for police to allow them to enter the event area with their cars and motorcycles. A colorful spectacle was about to take place and nobody wanted to miss it.

Although conditions with the pacific wind were unstable, threatening the success of the event, the sky finally opened and welcomed all the pilots to fly. Everything was kept under control for a safe and fair competition. The venue was full of curious and vivacious spectators. Once the competition kicked off, a colorful flock of pilots started reaching the sky while the crowd cheered with enthusiasm. The only sight on the horizon was the gaggles going for the goal.

After a while it became harder to see them; they looked like tiny dark dots floating in the clouds. It was a precious and peaceful moment. Minutes later the meet director spoke, encouraging the pilots to fly safe and enjoy. The competitors disappeared from sight. The tiny dark dots were no longer seen. Many spectators left, however many others remained seated on the hill as if they were gaily contemplating the immensity of the clear and beautiful sky. Everything seemed bound in an atmosphere of happiness, framed by the green valley of Valle del Cauca. 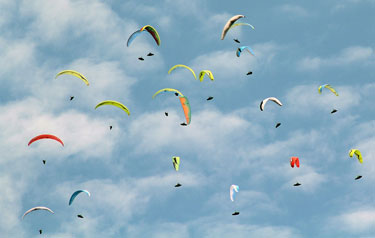 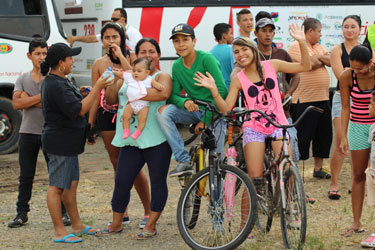 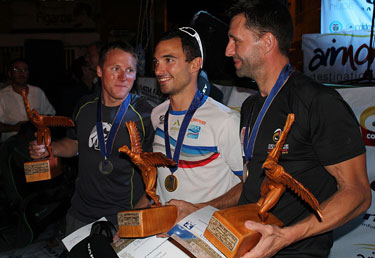 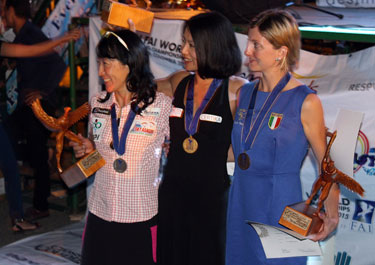 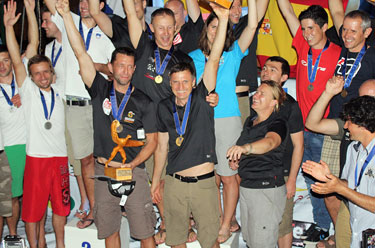 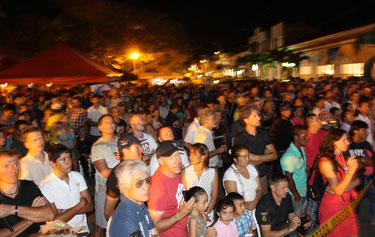