At the initiative of the Philatelic Union of Slovenia, Post of Slovenia issued a very special new stamp with a motif of hot air balloons on 11 July 2022 to commemorate the 24th FAI World Hot Air Balloon Championship taking place in Murska Sobota, Slovenia this September.

As mail was once delivered by hot-air balloons, on this occasion the balloon flew from the Expano Pavilion and delivered the first package with this new special stamp. 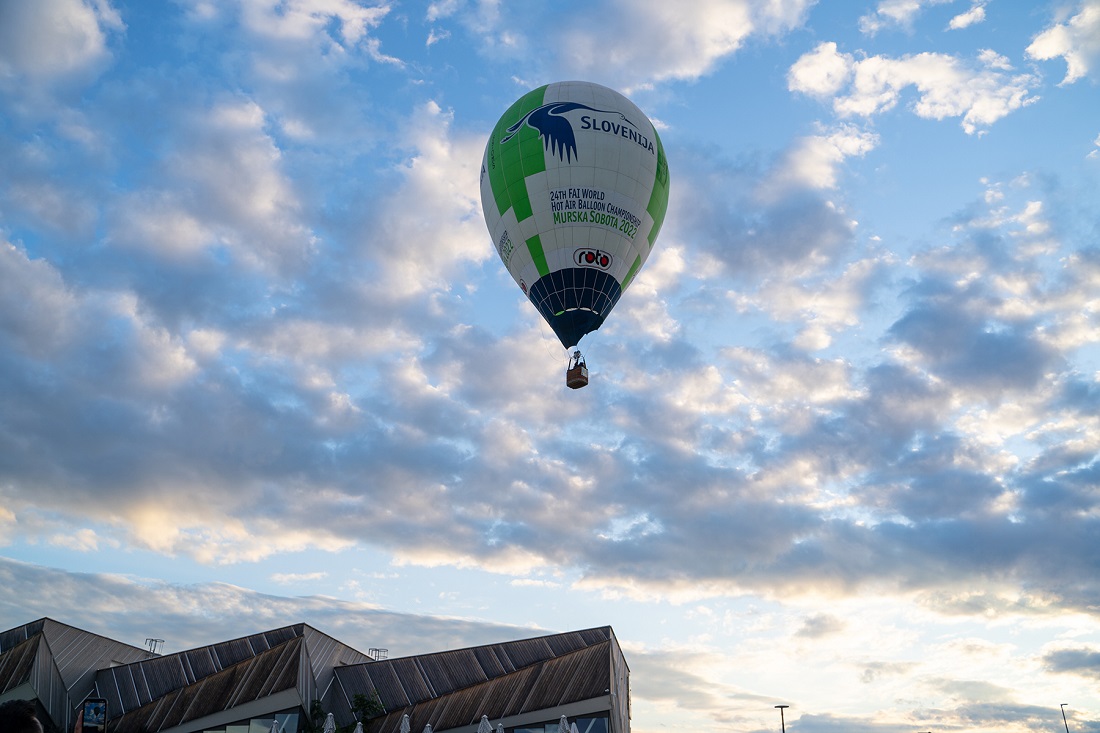 The organisers are the ROTO Balloon Club, the Murska Sobota Municipality, the Slovenian Air Force and the Murska Sobota Aeroklub. “We are proud to host 105 balloon teams from around the world and at least 40 festival balloons. This means that we will be able to admire as many as 150 colorful balloons in the air, and even more than that, visitors will also be able to watch the competition from a balloon, as reservations for commercial flights are already available on the website,” said Matjaž Pavlinjek, president of ROTO Balloon Club and general manager of the World Hot Air Balloon Championship organisation.

The event of global proportions was also recognised by Post Slovenia, with the issue of a special postage stamp with the theme of the World Hot Air Balloon Championship and the cover of the first day, together with the special stamp which features an illustration of hot air balloons. M.Sc. Bojan Bračič, president of the Philatelic Association of Slovenia, remarked that stamps "create stories", and he wished the competitors many spectators and good results.

Encouraging Youth to participate as Philatelists

Continuing, he added, “We hope that with such special editions we will also attract new, young members among philatelists, as interest in this fascinating hobby is declining. The stamp with the motif of a hot air balloon brings to the world the announcement of the event – the 24th FAI World Hot Air Balloon Championship in Murska Sobota.”

During the World Championship, Expano will host an exhibition of stamps with motifs of balloons and balloon mail from all over the world.

Jože Nemec from the Maribor Philatelic Society thanked Pošta Slovenije for this wonderful gesture, which was realised in a record short time.  He explained that the application for issuing a new postage stamp must be submitted at least two years in advance, commenting: “I am glad that this project succeeded, as it involves the promotion of both balloon sports and philatelists.”

"Post Slovenia ensure that thousands of parcels find their addressees every day, and issuing occasional stamps is one of the most beautiful parts of their job," commented Simona Koser Šavora, who also officially put the new special postage stamp into circulation. The balloon stamps’ author is the illustrator Luka Seme. The value is the letter mark B, which means that it is intended for ordinary mail up to 50 g in domestic traffic. “Having its own postage stamp is a great honour for the event and is not something to be taken for granted – this stamp is also a great promoter of Slovenia. We wish the event a happy journey and may it spread the word about the World Championship far and even further!"

Organisers also learned how the stamp performs in the air, because after 150 years they revived the balloon mail from the time of Empress Maria Theresa. The honour of delivering the first shipment with the new postage stamp went to Nives Orešnik. 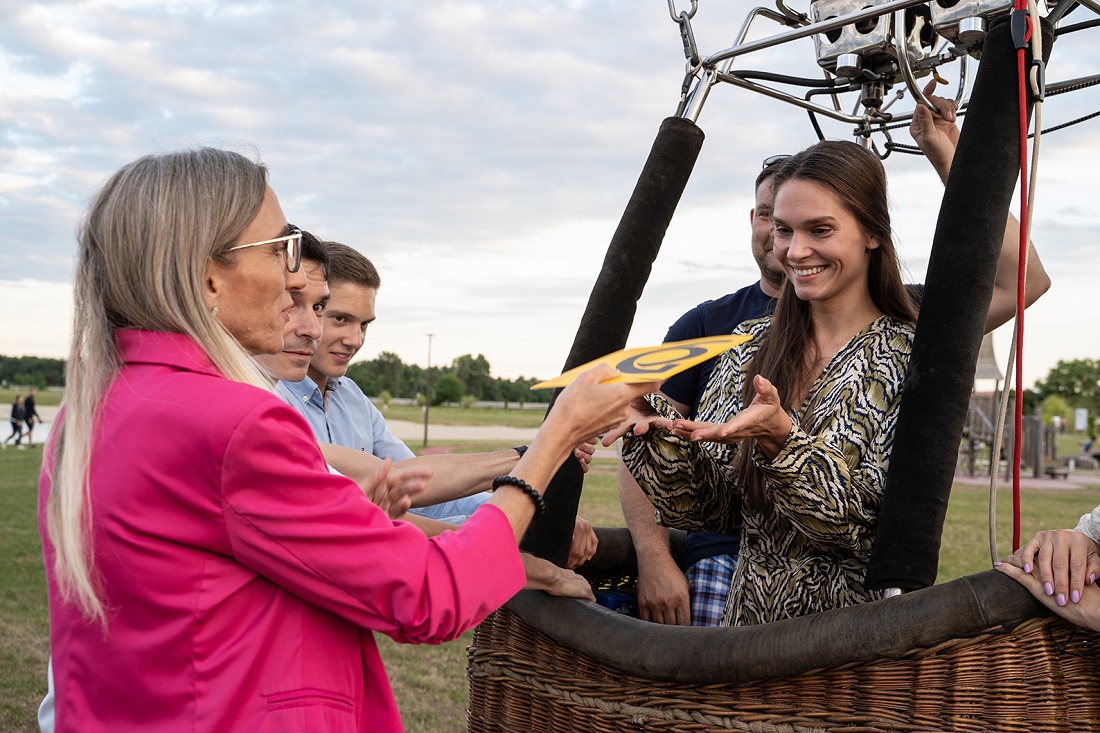 Where to buy the hot air balloon stamps 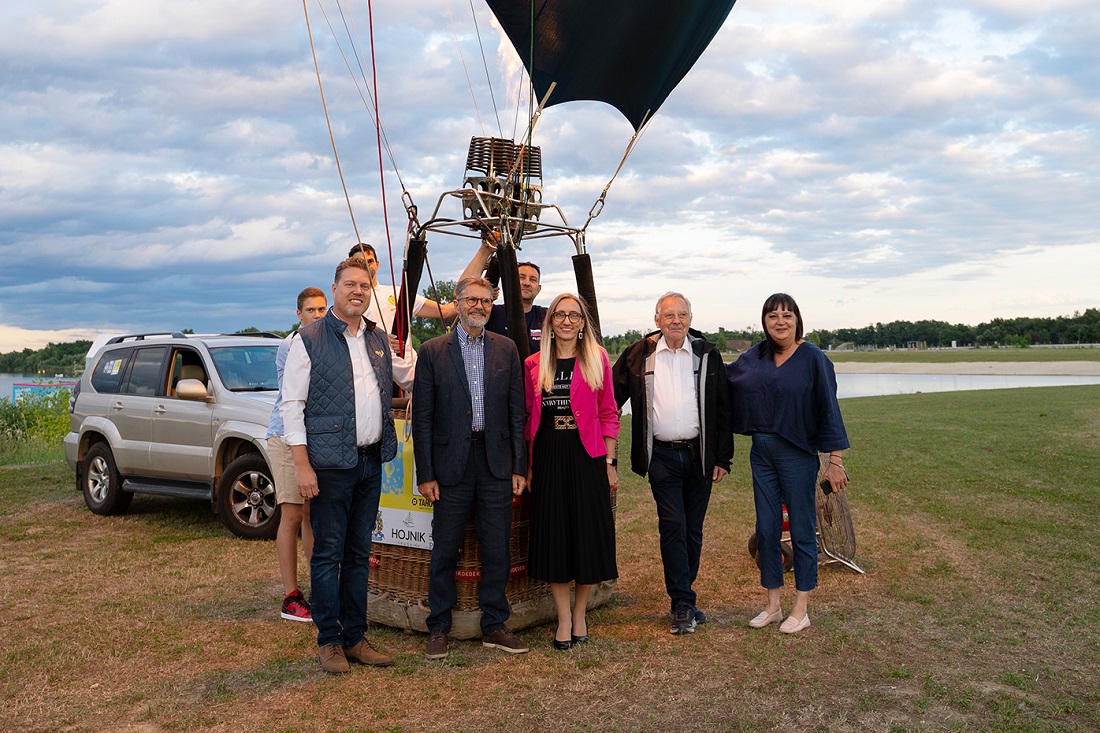