On Saturday 9 July at The World Games 2022, round 1 of the canopy piloting competition took place although the drone racing qualifications were unfortunately interrupted due to rain.

Round 1 of the Canopy Piloting saw the four tasks of accuracy, distance, freestyle and speed successfully completed, with USA and France occupying the first 5 places in the leaderboard so far. Travis Mills (USA) didn’t come first in any of the rounds but through consistency gained the top spot, followed by Cedric Veiga Rios (FRA) then Nicholas Batsch (USA) whose names were both featured in the highest ranking in the individual tasks. Batsch – the winner of the canopy piloting in The World Games 2017 - placed 22nd in the speed round with what he called on an Instagram post a “critical mistake” but remains motivated for the rest of the competition. Cornelia Mihai (UAE) who took the bronze medal in 2017 is the first ranked woman, in 8th place alongside Armando Fattoruso (ITA) and Kai Bunkus (GER). Cedric Veiga Rios came 9th in 2017.

Pilot briefing and checks went ahead as planned and the Drone Racing competition will continue on Sunday 10 July. 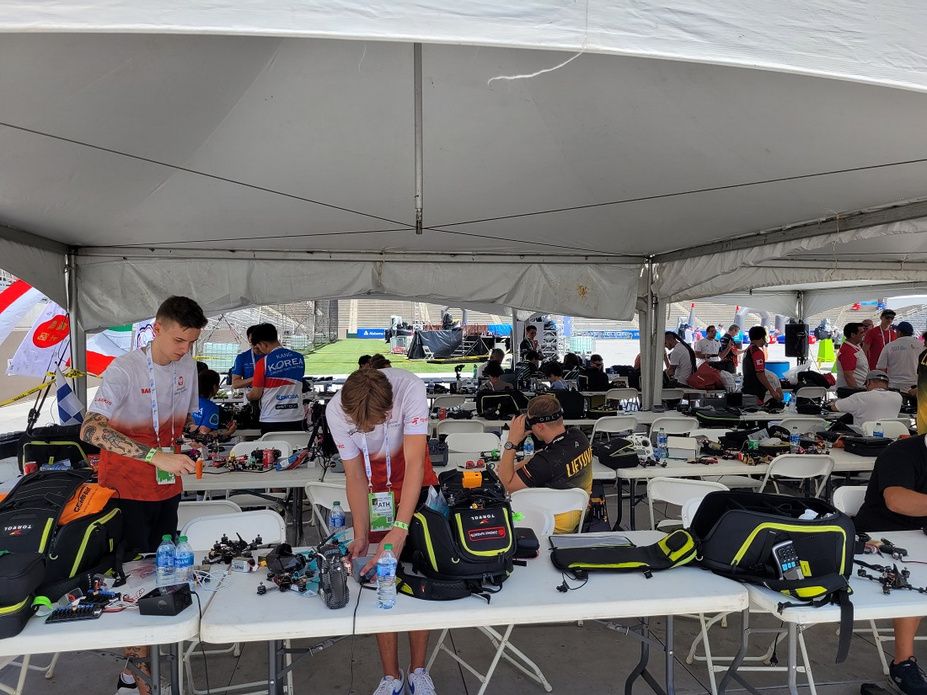