There was feasting and dancing in Torun, Poland on Saturday 28 August, as Swiss Coupe Aéronautique Gordon Bennett winners Kurt Frieden and Pascal Witpräechtiger (Team SUI-2) received their medals and trophies alongside the FRA-2 and FRA-3 crews who finished in second and third place.

After a fascinating race that required patience, courage and skill, Frieden and Witpräechtiger were the last crew to remain airborne, and flew 3.58km further than the closest of their competitors to claim victory in the 64th edition of the historic gas balloon race by landing in Les Landes Genusson in France just before 9am on Wednesday 25 August.

In total, they spent a little over 85 hours in the air, and travelled an incredible 1559.63km from the starting point of the Aeroklub Pomorski in Torun.

"The patience and persistence paid off," SUI-2 said at the awards ceremony in Torun last night. "We had stopped believing it would work. But it is not only the victory that counts, just the participation results in unforgettable moments."

Congratulations to them, and well done to all the crews and to the many people who worked behind the scenes - organisers, sponsors, air traffic controllers, meteorologists, admin staff and officials, as well as the team at Gordon Bennett TV for their dedicated and professional coverage of the race. 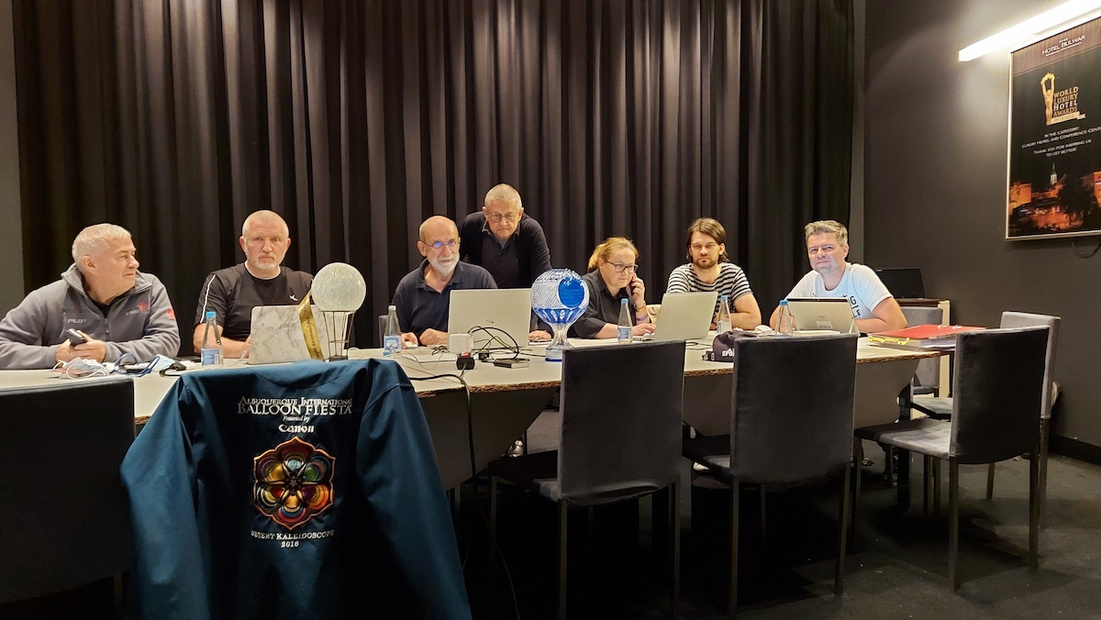 The story of the 64th Coupe Aéronautique Gordon Bennett

SUI-3 was the first balloon to launch into a full moon night sky at 9.30pm on Saturday 21 August. The city lights of Torun twinkled below as the remaining fourteen balloons launched from their pre-selected numbered slot, with FRA-2 taking off last of the bunch.

Expectations at that point were that the predicted westerly winds would drive the gas balloons to the border of either Ukraine or Belarus, over which the teams did not have permission to fly. AUT-1, USA-1 and POL-3 had those restricted borders as their final goals and were the first three balloons to land.

The remaining pack hovered as close to the official launch site as they could manage, playing with low winds while waiting for a change in wind direction; one that would take them to the west or south-west. Patience was the name of the game.

At the 14-hour mark, 12 balloons were still flying with eight teams drifting towards the Suwalki corridor and the pilots of the remaining four balloons working diligently to stay close to Torun.

The final three teams still flying – FRA-2, FRA-1, and SUI-2 – then delighted fans by chasing their way across France, with FRA-1 leading the way and eventual winners SUI-2  at the back of the pack.

The father and son team of FRA-1, Hervé Jules Moine and Hervé André Moine, landed first after just over 69 hours, having covered a distance of 1301.85km.

After 80 hours and 53 minutes, it was the turn of FRA-2 pilots Eric Decellieres and Benoit Havret to reconnect with the earth, after discarding boots and other items to gain precious metres and reach a distance of 1556.05.

And just over four hours later, SUI-2 touched down 1559.63km from where they started in Poland. "Congratulations to all teams on their achievements," they said. "It was not an easy weather situation and it demanded everything from us."

Now we can look forward to the 2022 Gordon Bennett, which will be held in St Gallen Switzerland in honour of the Swiss team's victory.