Ten thrilling rounds have taken place so far in the Canopy Piloting competition at The World Games in Birmingham, Alabama, USA. Cedric Viega Rios (FRA) is currently holding first place with Nicholas Batsch (USA) in second and Abdulbari Qubaisi from UAE in third. All three have had some excellent results but also some rounds which didn’t go as smoothly for them.

Nicholas Batsch gained a gold medal at The World Games 2017, whilst Cedric Viega Rios was 9th and Abdulbari Qubaisi placed 4th, so all must be hoping to be on the podium in 2022. cornelia Mihai (UAE) who took a bronze in 2017 is currently in 7th place in this mixed competition. Curt Bartholemew who gained silver in 2017 is currently in 10th place. Interestingly, pilots from Team France, Team USA and Team UAE are occupying the top 7 places, just like in 2017.

Nicholas Batsch’s current form took him all the way to first place in Round 3, followed by two French team members, Techer and Eric Philippe. In Round 3 Freestyle, Leigh McCormack from Australia took first, then Max Kossidowski (GER) followed by both Bartholemews, with Jeannie pipping Curt to the post to gain third place. 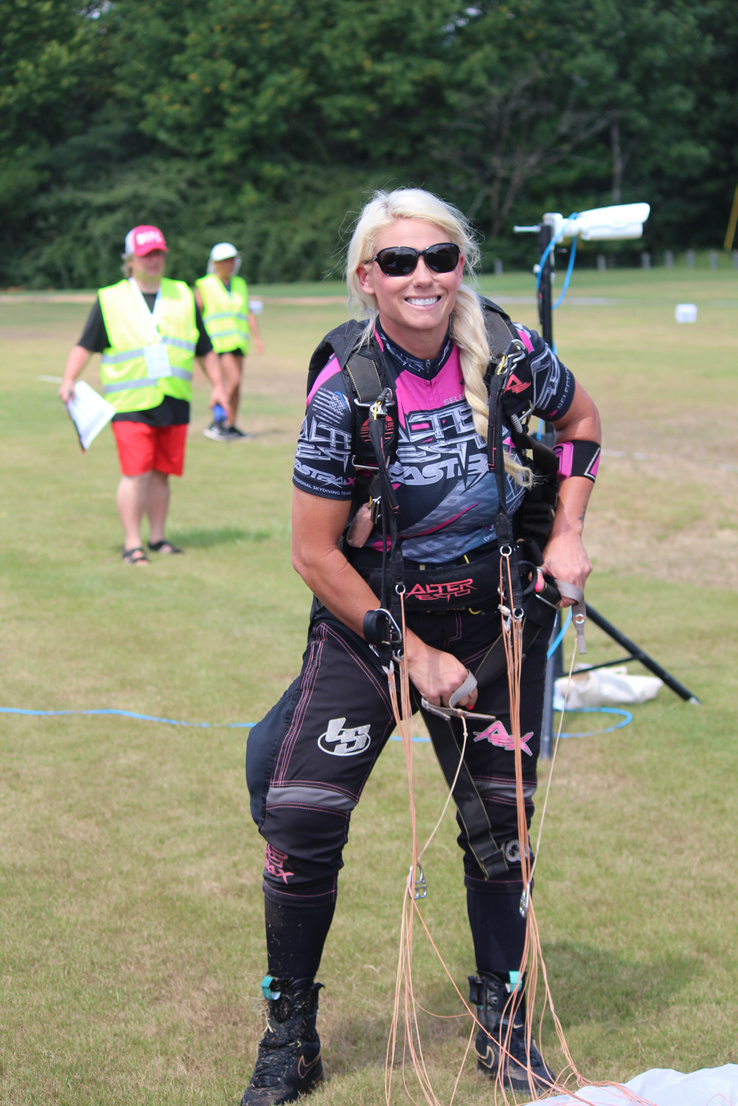 Australia's Leigh McCormack gave an insight into what the competition is like for the pilots, via instagram:

“… the rules for this comp are different due to the restrictions we have with the landing area. We have to drag all the gates like we normally do in Zone Accuracy, then stay below the bollards at the 100 metre mark, after dragging all that water it is quite the effort to get to the bollards!” 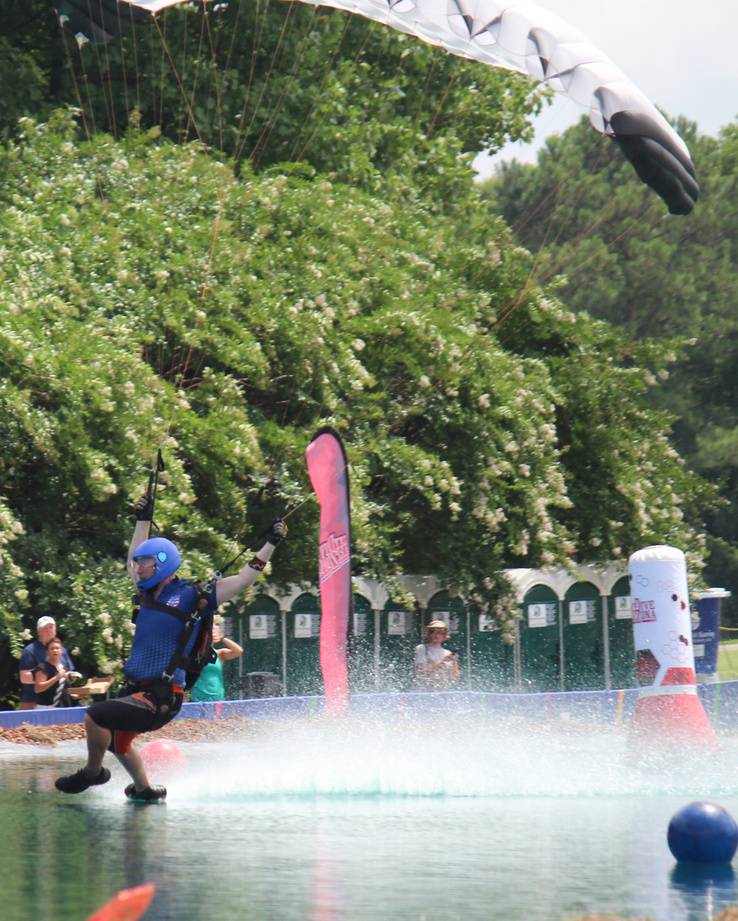 Canopy Piloting at The World Games 2022

USA's Nick Batsch is having a good contest, despite struggling with the speed rounds. On the two rounds held on 10 July he placed first for both, commenting via instagram: “Yesterday was an awesome day for me in competition at the World Games 2022 in Alabama!… After a frustrating speed round the first day I was able to secure the longest distance of the meet with zero wind at 176 meters… I am feeling great and I look forward to what today’s competition will bring!”