The 3rd FAI World Paragliding Aerobatics Championships were held from July 10 to July 16, 2021 in Trasaghis, Italy. Four runs were made in Solo category and 3 runs in Synchro.

The event was organised by Volo Libero Friuli ASD, Aeroclubs Blue Phoenix, and Lega Piloti in cooperation with Aeroclub d Italia and CIVL Paragliding Aerobatics Committee. We congratulate the organizers on the successful event - no protests were received.

In solo, the Czech pilot Victor Carrera (originally from Chile) was leading from the beginning and took first place in Solo leaving behind other famous rivals. But in Nations ranking Colombian pilots who were leading in the first 2 runs final gave way to the French team.  Théo De Blick and Eliot Nochez managed to pull up their experience and get 1st in National teams overall.

The synchro result was predictable - the Spanish  "Fusion Team" - consisting of the cousins Raul Rodriguez (a real legend of the discipline, who invented most of the manoeuvres and was the first-ever World Champion in 2006) and Horacio Llorens (6 times World Tour Champion) - remained on top despite Raul being involved in an incident. This was possible thanks to the performance of some new extremely spectacular tricks created by the two pilots during the last year.

Congratulations to the winners: 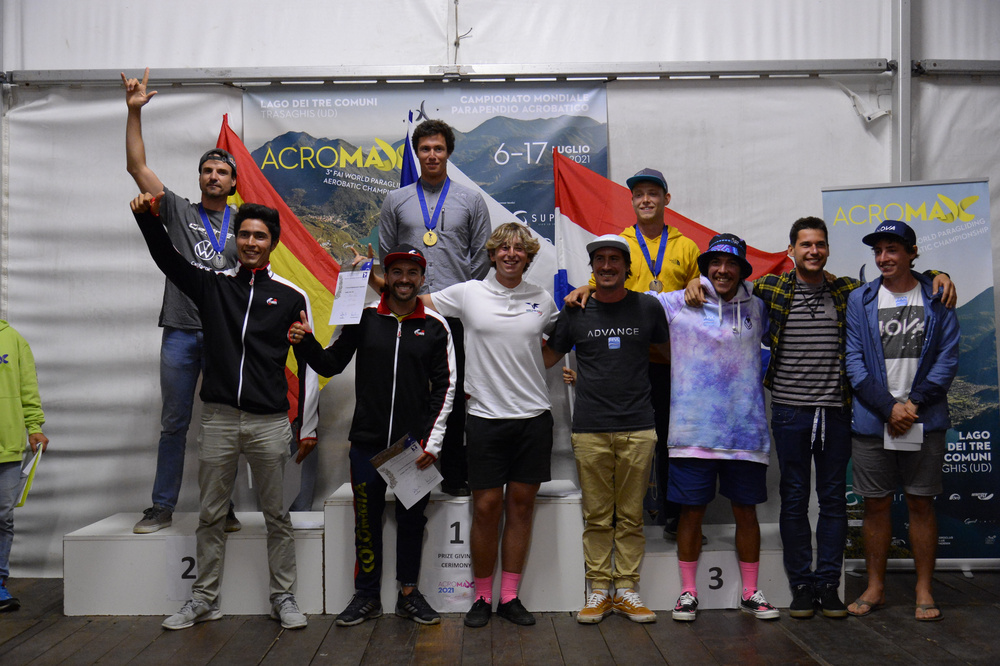 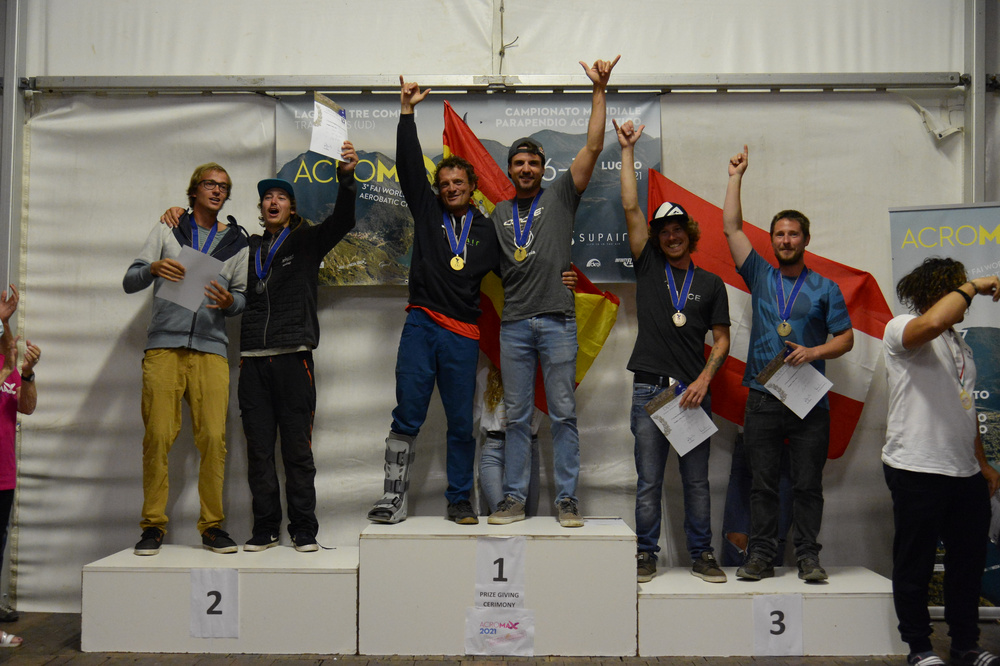 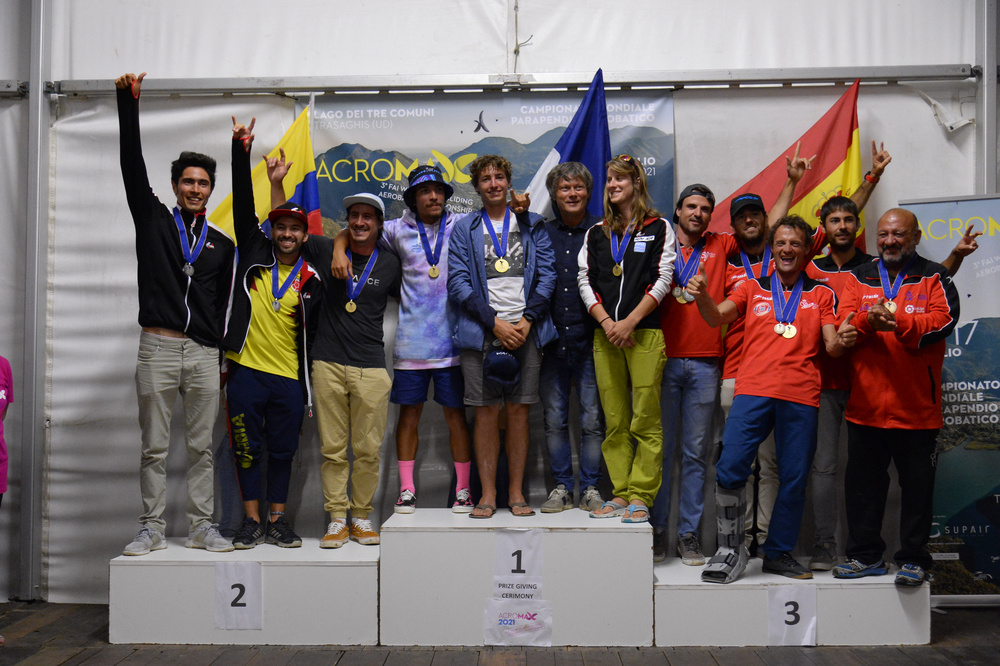 Championships info and all results: https://www.vololiberofriuli.it/en/acromax-results/