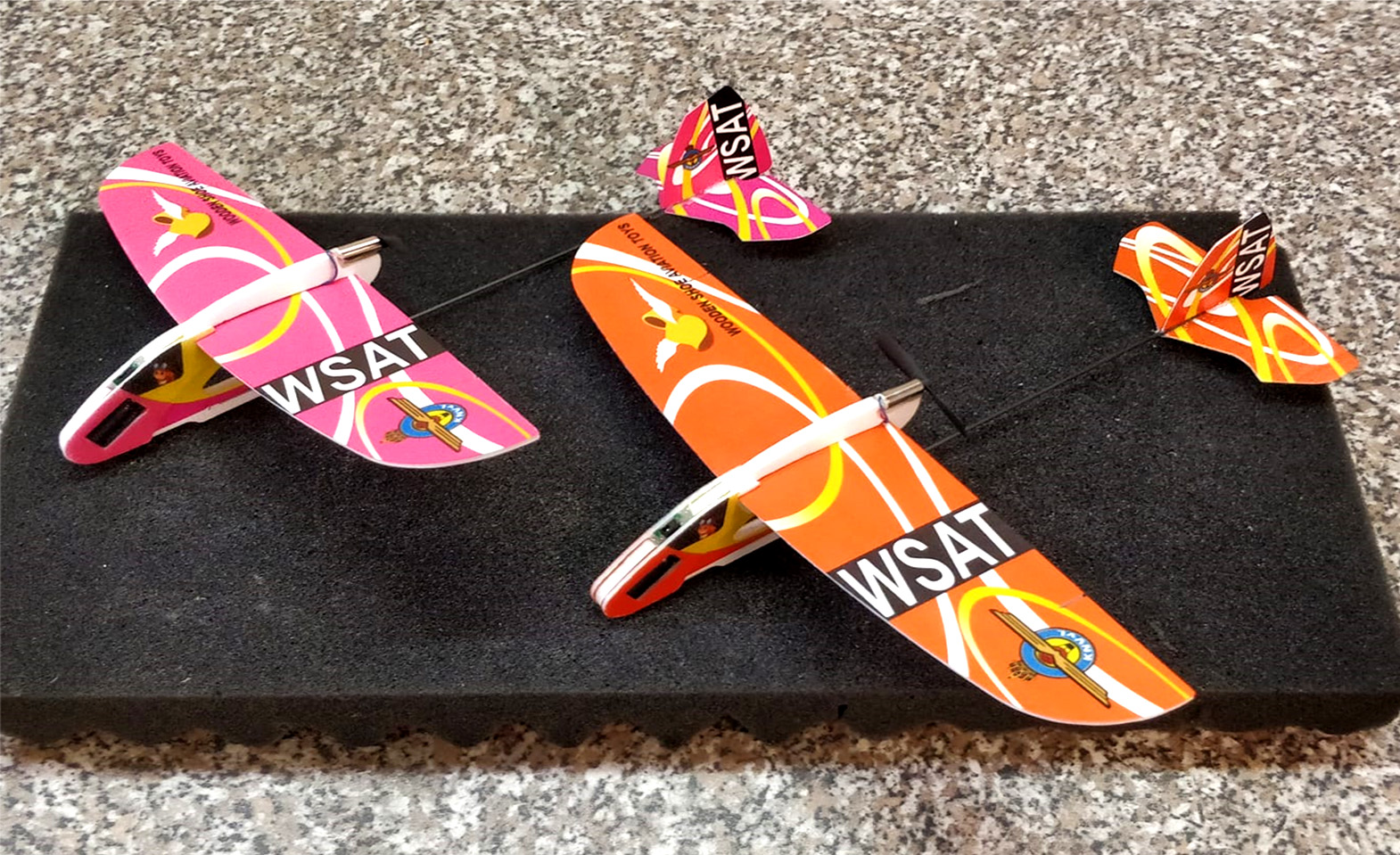 A free flight model airplane powered by a capacitor / electric motor combination with fixed propeller and in which lift is generated by aerodynamic forces on surfaces fixed in all flight phases. To make the competition as equal as possible for all kids, we recommend the Rookie kit of aviationtoys.nl, but of course any model that fits within the character and technical specifications for is allowed.

The competition is divided into two main competitions: outdoor and indoor! For both all the rules are exactly the same, only difference is that there are two rankings, with separate times for indoor and outdoor times.

Conventional configuration of the wing, fuselage and tail sections.

Delta, Canard, or any other than conventional configuration are not allowed.

In addition to the conventional configuration, a V, T and H tail is also allowed.

Power supply: 3 AA batteries, 4.5 V. Lipos or other types of batteries are not allowed.

The thickness over the total surface of the wing is fixed at 2 mm. Changing the thickness to create a wing profile is not permitted.

Only a ''push-prop'' configuration is allowed.

The thickness over the total surface of the tail sections is set at 1 mm or less.

When participating, the number of Rookies of a participant that meets the technical specifications is unlimited.

Each competitor may make an unlimited number of flights of which the best time counts for the classification.

Definition of an official flight

Time flown during a flight that has been recorded and timed by an adult in which the competitor  has launched the Rookie him or herself from the ground.

Definition of an unofficial flight

There is no maximum flight time.

The best time flown counts in the final classification of that season. In case of equal results, there will be multiple winners.

Times are rounded up to whole seconds.

The flight must be supervised or clocked by an adult.

If a competitor cannot find his or her Rookie, but the flight has been timed and flown under adult supervision, then it is a valid time for classification.

It is permitted to run after the Rookie to keep it in sight, then the time will continue and hopefully the timer will too.

Any attempt to fly for a valid time may be repeated in the same season.

At least one adult as a helper / timer is required.

The helper or helpers may or may do anything other than launch the Rookie.

The Rookie is launched by hand, with the participant standing on the ground.

Any "jump launches" are allowed.