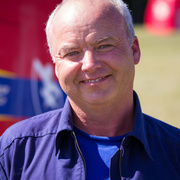 Mikhail Mamistov learnt to fly in 1983 in the then Soviet Union and went on to become one of the most decorated pilots in the history of Aerobatics competition.

“I was 18 in 1983," he explained during an interview at the 2016 FAI European Aerobatics Championship in the Czech Republic. “I studied physics at university, but after I discovered flying I soon forgot about physics!”

He found his discipline in aerobatics. “You can do everything in three dimensions. It’s not just flying point A to B, like a bus or a ship. Aerobatics is real flight.”

Now, Mamistov is a fulltime aerobatics instructor based in St Petersburg. He teaches aerobatics at home and abroad.

Mamistov entered his first competition in 1987. “My first medal was for cross country flying. But then my first international competition was in 1995 and it was Glider Aerobatics. We went to France and I won.”

Having won both European and World titles in glider aerobatics he moved to powered aerobatics.

It is that list that qualifies him as the world’s most decorated Powered Aerobatics pilot.

Mamistov puts part of his success down to his country's system of Powered Aerobatics training. The system has its roots in the Soviet era, when aerobatics received more state funding than it does today.

He added: “All my life I dreamed of flying. From five-years old I understood, ‘Yes, I want to be that.'"