Interview with Frits Brink, President of the FAI

Frits Brink has been involved in high-level sports administration for more than 20 years. A former senior policeman, mayor, and latterly a CEO, before he was elected President of the FAI in October 2016 he had served as Vice President of the Netherlands Olympic Committee, President of the Royal Dutch Aeronautical Association, and was initially elected to the FAI Executive Board in 2012. We asked him about his plans for the FAI going forward.

How did you get involved with the FAI?

I was nominated by the Dutch Aero Club. I became a member of the FAI Executive Board for two years, then after that I was re-elected for two years and served as the Finance Director for another two.

Fixed-wing, single engines, Cessnas. I was a member of a flying club in the Netherlands with two of my friends and it was just for fun. We flew across Europe, to Ireland, Poland, those kinds of trips. I'm a recreational pilot. I stopped flying a few years ago because of a back operation but I still fly with friends as a passenger.

You headed up the Royal Dutch Aeronautical Association for several years. What were the challenges there?

One of the major things we faced was a threat to our recreational air space from commercial users. That was what I invested my time in, to try to bring that message to parliament, and I think that was successful.

What are the big issues for air sports around the world just now?

Well, air space is still a big one. The other is in the FAI's mission statement and is "reasonable costs". A lot of governments try to squeeze more money out of our sports, and that is a problem, especially for young people. For example landing taxes at small airfields, these sorts of things.

And where are the opportunities?

Interest in drones is booming, particularly amongst young people. Drones, and in general Aeromodelling, really do open a door into air sports for young people.
Separately, in the wake of the success of the FAI World Air Games Dubai 2015, we have developed a new concept called the FAI Air Games Tour. It will combine several air sports and showcase them in iconic locations around the world. The format will be media- and spectator-friendly and will be attractive for commercial partners too. We plan to launch that in late 2018.

You mention the FAI World Air Games Dubai 2015. How do you build on that success, and make it even better next time?

One of my priorities is to secure a host for the next FAI World Air Games in 2020. We have several bidders that are very promising. Any future FAI World Air Games will very much benefit from the success we had in Dubai, but also any future edition will be different. The major asset we have is the combination of air sports, because it shows all the beauty and competitive elements of our sports. The great strength of the FAI World Air Games concept is that it is very flexible and can easily be adapted to almost any location, including big cities.

We are driven by the interest to develop commercial partnerships that are of benefit not only to FAI as the international federation, but also to our Members, Commissions, down to the individual air sports person that participates in an FAI event. Our current partners represent such benefits. They also help contribute to the FAI's annual budget, which is made up of Membership subscriptions, events and commercial income. It's about achieving that balance between partners and the sport. The core need now is for the FAI to have its own, regular, appealing, entertainment "product". That’s what we think the FAI Air Games Tour can provide. All the successful sports have at least one of these! 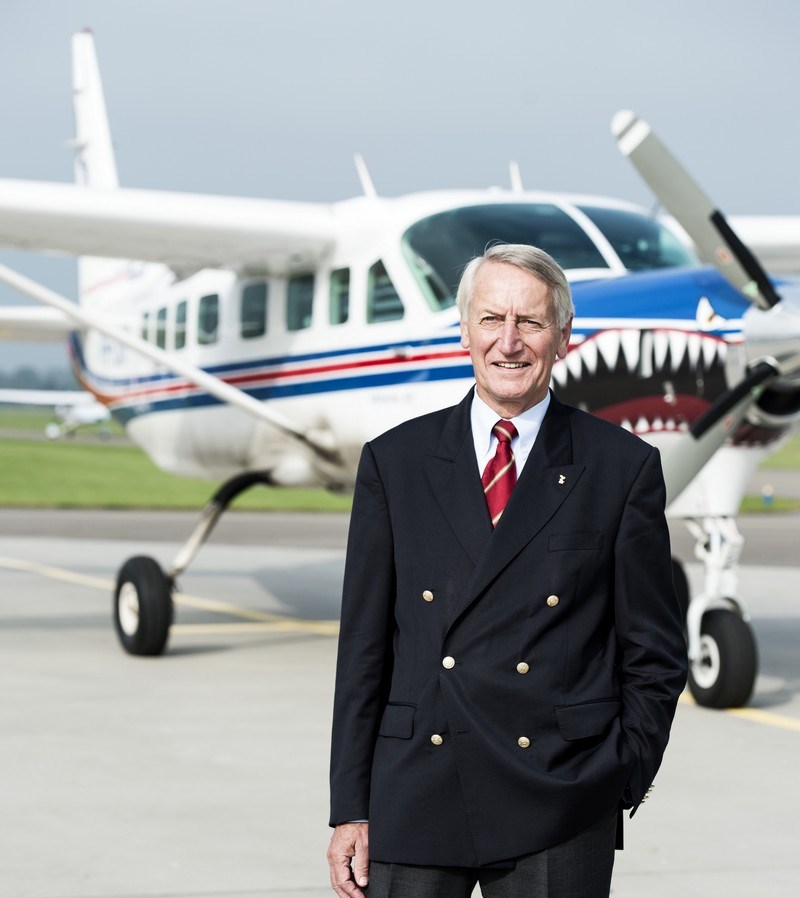 What do you see as the FAI's core strength?

The strength is that for 112 years we have been the World Air Sports Federation, and nobody can deny that. So every new development dealing with air sports has something to do with the FAI. They can't just ignore us, they have to talk to us.
The number of volunteers we have is another core strength. They do a big job, and do most of the work. The future depends on the volunteers.
Finally, records are still significant business for the FAI. The homologation of records is an important thing.

It is about communicating better from the FAI to the National Aero Clubs. The National Aero Clubs are our members, and it's important that we make them feel an important part of the FAI. A lot of NACs face the same issues, for example airspace and the development of drones, and we have to get the best out of these developments. Therefore our major job is facilitation. If an NAC has problems, then it is up to the FAI to help bring the different parties together.
Also, we need to work on attracting more young people into air sports. Drones are a big draw at the moment, and if we can bring our message to these people that will be good for all our clubs. We are planning to promote educational programs about air sports in schools.

The FAI is an international organisation. Where are the growth areas?

What happens in the USA and Asia is very important. It is good that our history is based in Europe, but we have to promote the fact that we are very much an international organisation. What happens in Asia is very challenging and has a lot of potential. I hope in my term we will see some good developments in China, for example.

And finally, what do you think is the most important part of being President? What is your job?

I think the most important thing is you need an ability to motivate people, and to bring people together, so you can get the most out of them. You have to build a team to do the job. That is my skill, bringing people together and finding solutions. I hope to be able to do that over the next two years.