Ten years ago today, American helicopter pilot Edward (AKA Scott) Kasprowicz broke the round the world speed record by completing a tour of the planet in just 11 days, seven hours and two minutes.

The epic flight, co-piloted by fellow American Steven Sheik, smashed the previous record of 17 days, 6 hours and 14 minutes, which was set in 1996, and took the two adventurers through 15 countries, 24 time zones and 30 states.

It also broke two further records for speed around the world in an eastbound direction. According to FAI statistics, the speed attained was 136.7km per hour.

Kasprowicz and Sheik’s trip started in New York on August 7, 2008, and ended at LaGuardia Airport, also in New York, on August 18 of the same year.

The duo flew east, crossing the Atlantic Ocean before flying over Russia to Alaska and Canada on their way back to New York – taking in 74 unique control points on the way.

They achieved their record-breaking time by flying for up to 13 hours a day, stopping for a maximum of two hours to refuel. 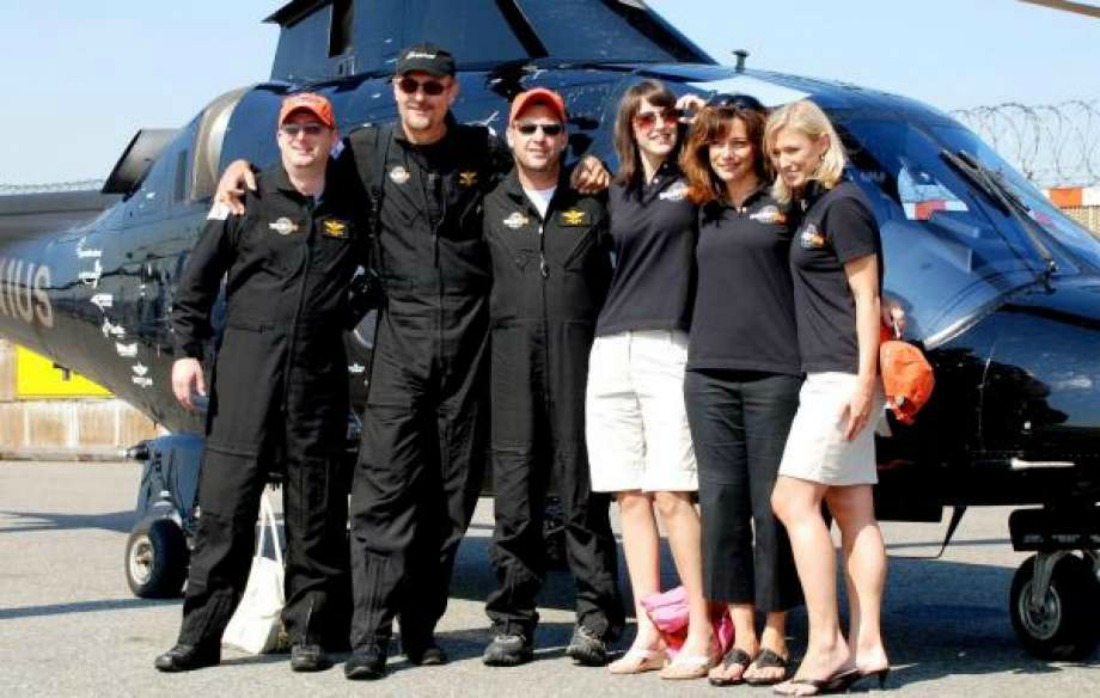 According to Kasprowicz, flying over Russia was the most stressful part of the journey. "If I had to pick the biggest challenge, that would probably be it,” he said.

And unsurprisingly, they were both exhausted by the time they touched down on August 18. When asked what he had planned after the flight, Kasprowicz said: "Round the world is pretty big. I've got some ideas, but for now I just want to go home."