On 15 June 1921, the FAI granted a black female aviator named Bessie Coleman her pilot’s licence. Coleman - the tenth of thirteen children born in Waxahachie, Texas to a family with African American and Native American heritage - became the very first person of colour to obtain an official FAI pilot’s licence. Inspired by the courage of European female aviators, this fearless young woman made a journey from Chicago to France and into the history books, inspiring generations of future pilots.

Whilst working as a manicurist in Chicago, Bessie Coleman had a visit from her brother whose taunts encouraged her to take to the skies: John Coleman had served in France in WWI and remarked to Bessie that French women were so "liberated”, they could even fly planes.

There was truth in his comments: France was world-renowned for its aviation pioneers. Between 1910-11, the FAI granted its first ten pilots' licences to women; all were European, with the exception for Harriet Quimby, the world’s first American licenced pilot. Just a few short years after courageous aviators such as Raymonde de Laroche, Marthe Niel, Marie Marvingt and Hélène Dutieu were establishing their flying careers, Bessie Coleman began applying to American flight schools to learn to fly a plane.

Not a single school would take an African American woman.

To achieve her dream, Bessie’s only choice – suggested Robert Abbott, the black lawyer, publisher and founder of the African American newspaper Chicago Defender – was to travel to France. She took French classes, started saving and sourcing sponsors (including Abbott), eventually booking a crossing from the States to Europe aboard the S.S. Imperator in November 1920.

After booking into the Chaudron flight school at Le Crotoy in the Somme, Bessie learnt to fly over the course of seven months, bravely taking the helm of the notoriously unreliable Nieuport 564 biplane. After gaining her licence from the FAI on 15 June 1921, Bessie took further training to fine tune her skills and give her the techniques to perform the acrobatic stunts which were to become her signature moves.

Returning to the US, the Chicago Defender newspaper continued to sponsor Bessie as her career as one of the famous ‘barnstormer’ pilots took off. She embarked upon a tour of air shows in which she would dazzle onlookers with her stunts: walking on the aircraft’s wings or parachuting from the plane while a co-pilot took the controls. Popularly known as ‘Queen Bess’ or ‘Brave Bessie’ she became a media sensation and gained a huge following from all backgrounds across the nation. 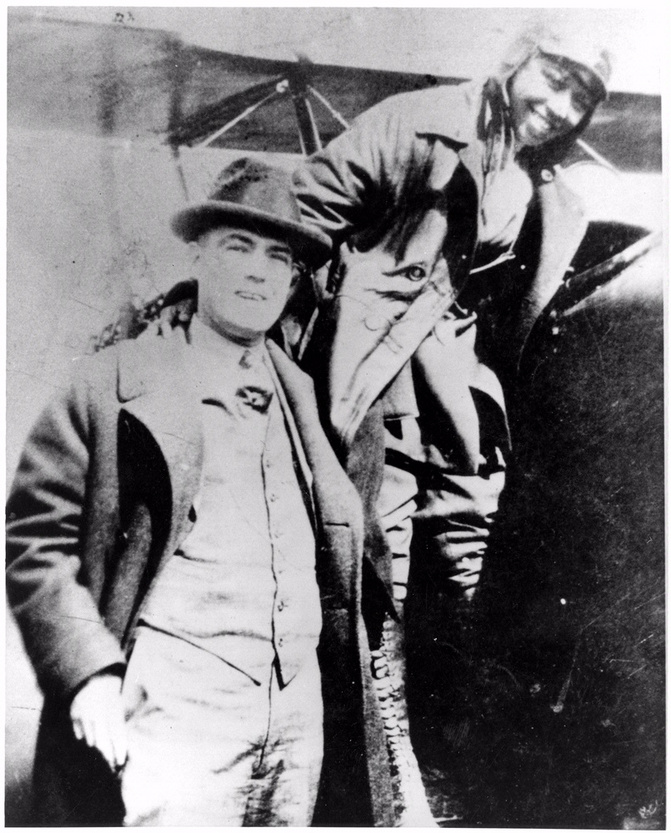 Dedicated to the combat of racism, Coleman spent her time between shows addressing audiences across the US to promote aviation for people of minority backgrounds. She steadfastly refused to perform in shows that prohibited African American visitors or required segregation of the audience. She dreamt of establishing a flying school for young black aviators, commenting:

“The air is the only place free from prejudice.”

Stunt pilots during the barnstorming era were able to purchase ex-military planes such as Curtiss JN-4 “Jennies” or DeHavilands, built in large numbers to train pilots during WWI. The barnstormers attracted crowds with their aerial acrobatics including wing-walking, diving, loop-the-loops and parachuting – dangerous stunts, especially in what were often poorly-maintained and unreliable aircraft.

By February 1923, Bessie had saved enough to purchase her very own plane - a Jenny. It was in this plane that she nosedived after an engine stall, suffering a broken leg and ribs and spending three months in hospital. The plane was destroyed, and it would be two years before she started to fly regularly, although her campaigning and speaking events continued to be well attended as she toured the southern states.

Bessie saved up again to purchase another Jenny with a 90 horsepower OX-5 engine in 1926, heading up for a test flight on 30 April with her mechanic William Wills. Ten minutes into the flight the plane went into a spin and at 610m, Bessie – who was not wearing a safety harness as she wished to view a parachute landing spot – was thrown from her seat and died upon impact with the ground. The plane, with Wills still strapped inside, plummeted out of the sky and he was also killed. It was later found that a loose wrench which had jammed inside the control gears had caused the accident.

Not even five years after gaining her accreditation, the remains of world’s first black female licenced pilot were placed in a coffin and draped with a US flag, and were given a military escort from six uniformed pallbearers, overseas veterans of the African American Eighth Infantry. Over 5000 people attended her funeral. She was just 34 years old.

A courageous woman who was fearless in pursuing her own goals and in addressing civil rights, Bessie Coleman’s outstanding contribution to history has been marked through numerous tributes over the years including books, coins, stamps and film as well as street names. 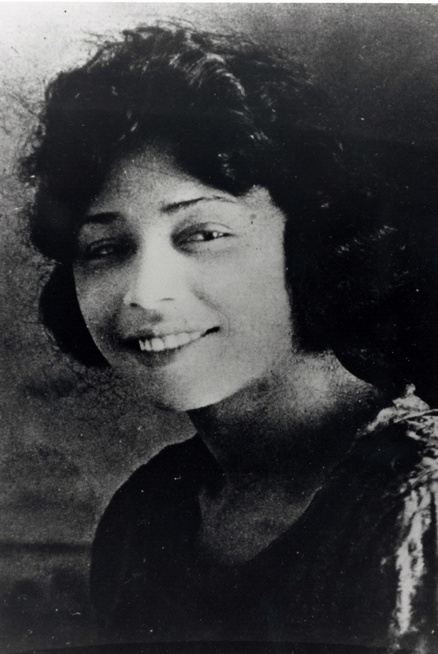