3 March 2005 : Steve Fossett, the First Man to Fly Solo Around the World, Unrefuelled

With whom else than Steve Fossett could we open our series of world record celebrations? From 1995 to 2007, the FAI ratified 93 of his performances, which makes him the holder of the largest number of world records. These figures are unequalled, and they are all the more impressive given that they are linked to achievements in four different air sports, namely Ballooning, Airships, Gliding and General Aviation.

Circling the globe in two days

Among the long list of Steve Fossett’s exploits, there is a particularly striking one whose anniversary celebrate today: on 3 March 2005, he became the first man to fly solo around the world, unrefuelled.

Departing from and arriving back in Salina, Kansas, USA, the American pilot circled the earth on board the Virgin Atlantic “Global Flyer” aircraft. The plane was built by Rutan’s Scaled Composites, the same company that constructed Voyager, the first aircraft to fly around the world unrefuelled in 1986. However, the differences between these two flights were substantial: Global Flyer was a single-seater, in contrast to Voyager which was designed for a crew of two. It was a turbofan-powered airplane, which made Fossett’s flight last only 2 days and 17hours - a short trip compared to the nine days needed by Voyager to achieve the same flight.

But this flight was not only about technology. It was also, and in good part, about physical and mental resistance. The challenge this solo flight meant for a human body was great, and required careful preparation and organisation in terms of sleep and food management.

His long-time friend Tim Cole remembers working on this project: "He asked me to help out; I was fortunate to be with him on most of his flights and attempts. I helped him out of the airplane and saw on his face the achievement he just made. There are only two or three other people capable of doing this and he not only accomplished it, but set the standards so high in getting the right team, the right weather... He was very pleased."

With this flight, Steve Fossett broke the Speed around the world, non-stop and non-refuelled (550.78 km/h), the Distance (32’786.43km) and the Distance over a closed course (36’898.04 km) records. It was made under the scrutiny of two observers from the NAA (National Aeronautic Association of USA) stationed at Salina Airport. They proceeded to a series of verifications, checked the progress of the plane and after the landing inspected the fuel tank seals and retrieved flight recorder data. They also gathered all necessary documents and certified that the NAA and FAI regulations were satisfied.

“… the final weights were documented and the four main tank fuelling receptacles were sealed with my personal seals. Fossett then donned his gear and located himself in the cockpit. After the engine was started the hatch was secured in place and I affixed my personal seal to the hatch and fuselage. We then positioned ourselves at the estimated liftoff spot and were able to determine liftoff time (0047:10 UTC on March 1st)”, NAA Observer Richard Ionata stated in the Directing Official’s Report. 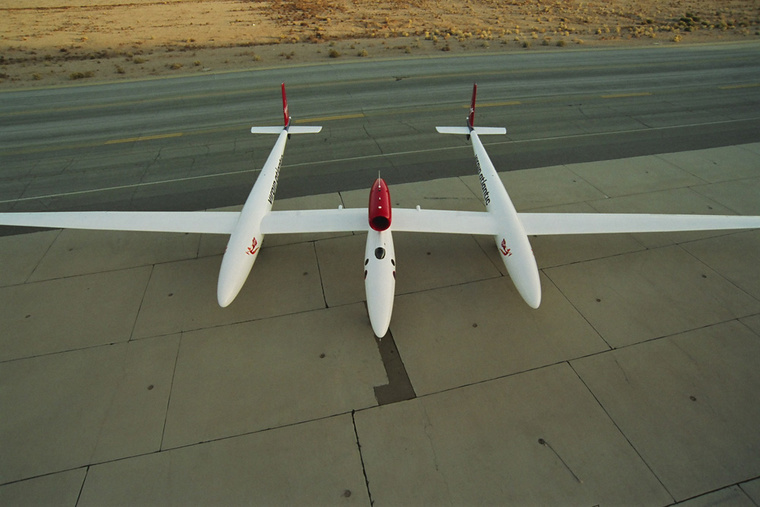 A string of outstanding performances

Steve Fossett marked the history of aviation with a string of exceptional records, all broken within 12 years, a relatively short space of time considering all the logistic and organisation involved. But it seems that one of his talents was his ability to gather around him the best experts in their fields. Nothing was left to chance – projects were meticulously planned.

“Steve was an adventurer”, as Tim Cole recalls. “He identified goals, he knew what he wanted and how to accomplish it. He contacted people who were already in the profession and used their strengths to educate himself. He never wanted to look like he was not prepared.”

His records are too numerous to be listed in full, but the three following records give a taste of the extraordinary pilot his was: On 3 July 2002, he successfully completed the first round-the-world solo and non-stop flight - in any type of aircraft. He left Northam, Australia, on June 19, and landed in Queensland, Australia, on July 4, setting the Shortest time around the world (320h 33m) and the Duration (355h 50m) world Ballooning records. 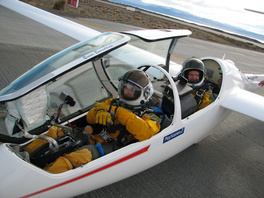 On 27 October 2004 in Friedrichshafen, Germany, he and Hans-Paul Ströhle broke the Speed record in a Zeppelin airship (115km/h).

Two years later, on 29 August 2006, he teamed up with Einar Enevoldson to break the absolute Altitude record in a glider (15’460m) flying from El Calafate, Argentina.

When asked how Tim Cole would like his friend to be remembered, he answered: “Steve was a very giving person, a tremendous manufacturer and had a lot of charity projects. He gave and shared his wealth, and he enjoyed that he was able to help a program, which is important for a young man’s life, so was it also for him.”

Let’s hope that Steve Fossett’s exploits will continue to inspire young people to take to the air and set themselves demanding challenges.