On 5 May 1961, Alan B. Shepard became the first American in space, breaking two FAI records for highest altitude and greatest mass lifted to altitude for his suborbital spaceflight.

The FAI archive holds the record statement issued by NASA which includes certificates of launch and return, vehicle commander’s report, radar data, flight charts and photographs of Shepard, the Mercury-Redstone launch and the capsule’s recovery in the Atlantic Ocean. 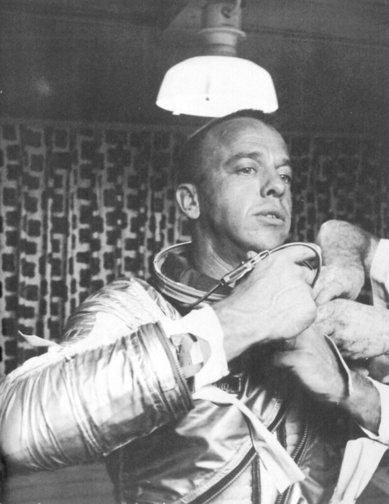 Alan Shepard (born 18 Nov 1923) trained as a test pilot after working on a ship during World War 2. In 1959 he was selected as one of the seven Mercury program astronauts, from 100 test pilots who volunteered.

A Redstone Rocket launched the the capsule, which Shepard named ‘Freedom 7’. During the suborbital flight Shepard reached an altitude of 186km (115 miles) which took a total of 15 minutes. 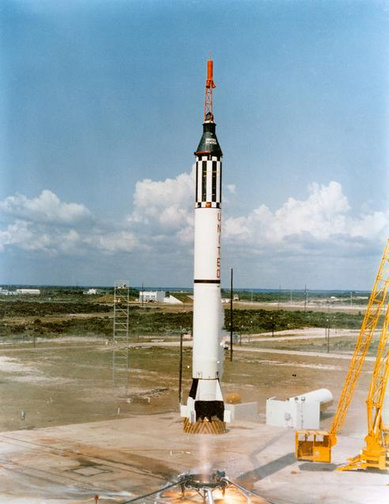 Landing near the Bahamas in the Atlantic Ocean, Shepard was picked up by a US Marine helicopter. 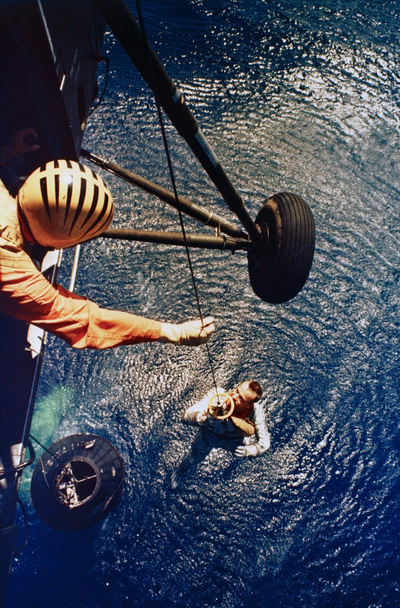