Landing just before nightfall Calgary time on November 22, she had been in the air for 7h 40 min 30 sec, superseding the current duration female world record (subject to ratification) for an AX4 class balloon by almost 15 minutes.

Earlier in the day, she flew a new world record for distance (subject to ratification) by more than doubling the previous record of nearly 118 km, managing an incredible 303 km.

If FAI ratifies these two records, Alicia will hold a total of three world records.

The 33-year-old who hails from Bath in Somerset said afterwards “It was a bit touch and go whether we’d have enough fuel, but hopefully we’ve broken both records”. 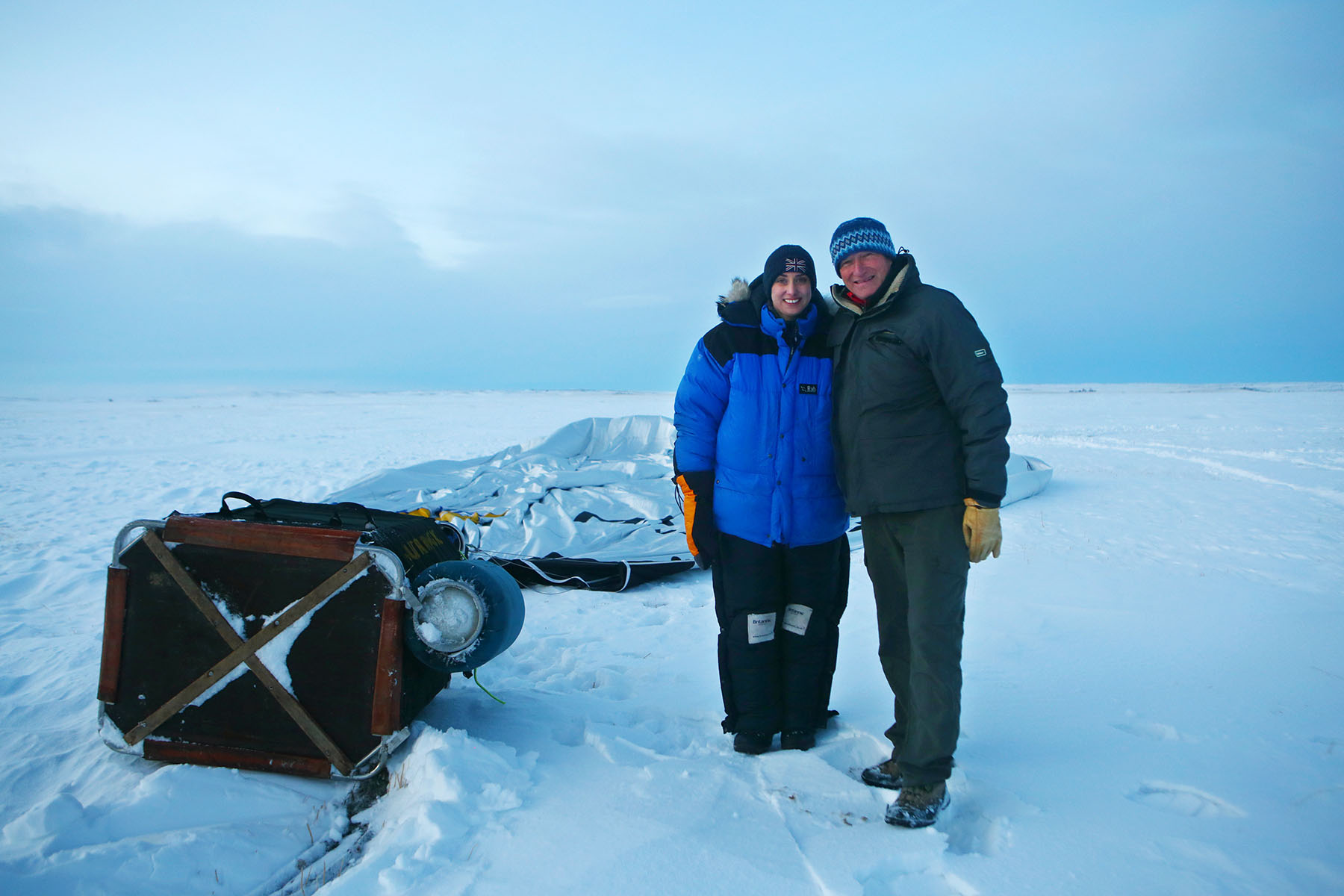 Alicia with her father after landing

Alicia was helped by father Sir David Hempleman-Adams, who himself has held 42 records over a period of some 20 years, as well as members of the Calgary Balloon Club who provided invaluable back-up and support.

One of these was 92-year-old Dennis Myrthu, who lives in Calgary and joined the team along with his wife Heidi in trying to keep up with Alicia as she flew into the neighbouring province of Saskatchewan, leaving them with a four hour return car trip. Back at fellow members’ Richard and Heather Clark’s house just outside of Calgary, Dennis said: “I’ve been in this sport for 40 years and what Alicia did today was phenomenal.”

By comparison, Hempleman-Adams has been flying for just 10 years but has already racked up a highly impressive tally of records. As her father Sir David said later “It’s one thing talking about it, quite another doing it. It’s a magnificent  achievement and I couldn’t be more proud of her”.

The hot air balloon in flight