By Barbara Fricke (USA) and Peter Cuneo (USA) - pictured below 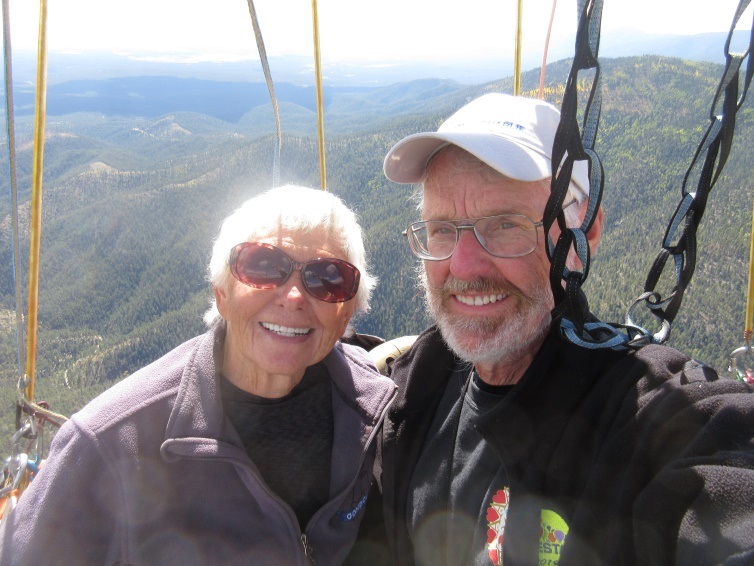 The America’s Challenge is a distance gas balloon competition held at the Albuquerque International Balloon Fiesta (AIBF). It started in 1995, and 2022 will be the 25th event. I know that 1995 plus 25 events does not add up to 2022.  But there were years when AIBF only hosted the Coupe Aéronautique Gordon Bennett (1999), or the Gordon Bennett was conducted too close to the AIBF event to allow for U.S. competitors to get their balloon systems back to the U.S. So, for those years, no America’s Challenge occurred, and then there was COVID, so no AIBF or America’s Challenge in 2020.

How did the America’s Challenge come to be? In the early years of AIBF, Ed Yost brought a polyethylene gas balloon to fly on the final Sunday of the event in 1973. That year was also the 1st World Hot Air Balloon Championship, hosted in Albuquerque. In 1975 the World HAB Championship returned to Albuquerque, and Jo Jo Maes flew a gas balloon during the event.

In 1985, five gas balloons were competing in a Race-to-a-Goal, but snow added to complexity of the race. In 1986, five balloon competed, but weather was again a factor. In 1987, with the Gordon Bennett scheduled at the same time in Austria, only one gas balloon flew in Albuquerque. After 1987, gas ballooning at AIBF ended for a while.

In 1993, Albuquerque and AIBF hosted the Coupe Aéronautique Gordon Bennett. Josef Starkbaum and Rainer Rohsler from Austria flew 1832 KM (1138 miles) to win the event. In 1994, AIBF hosed the World Gas Balloon Championship. The success of these events, especially the distance flown in the 1993 Gordon Bennett inspired AIBF to have its own gas balloon distance race. With no country boundaries, it was easy to fly long distances out of Albuquerque without complications.

In 1995, the first America’s Challenge competition occurred at AIBF. Twelve balloons competed in the first event that supplied Observers for each balloon. Although the team of Lesley Pitchard Davies and Carol Rymer Davis flew the greatest distance, they were penalized for hitting another balloon on launch and dropping an oxygen tank. However, their distance still stands as the women’s distance record for 1000 cu m gas balloon. This was the only year Observers were used. Electronic tracking devices have been used ever since and has made watching the race easier for event spectators on-line.

The America’s Challenge provides near ideal competitions conditions for all the following reasons.  The United States is a large country and its northern neighbor, Canada, is always open for the competition.  Upper winds are typically out of the southwest, so flights usually go northeast, and there can be a nocturnal jet over the mid-section of the U.S. that allows for fast night flights to the north, northeast.  Fiesta has a 5 day launch window, thus allowing for a high probability for suitable weather for the first day of flight.  Mixed country competition teams are allowed.  Flights are mainly in Class E airspace, so limited communications with air traffic controllers are required.  Fiesta gets a waiver from the FAA so gas balloons do not have to be equipped with ADS-B (Out) equipment in Class C and B airspace, if the competitors in the competition would go there. 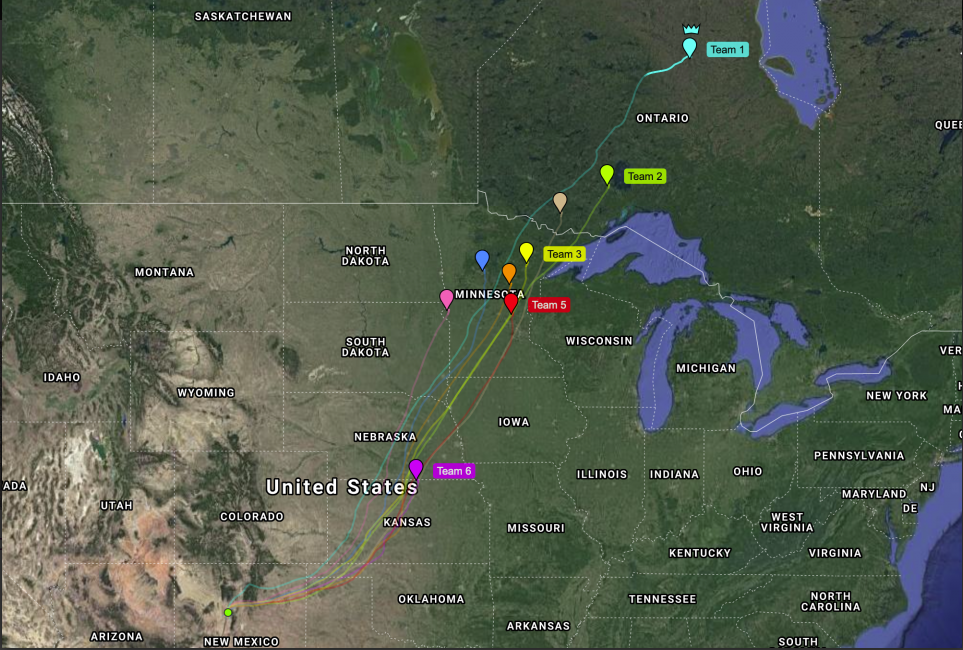 This year Fiesta starts on Saturday, October 1, 2022, and the America’s Challenge launch window opens on the same day.  Nine teams are registered, with 7 pilots from the U.S. and 11 pilots from Europe (1 from Austria, 2 from France, 6 from Germany, 1 from Poland, and 1 from Switzerland).

To see the teams, watch the event, and follow the race by live tracking, go to Fiesta’s web site, then to Ballooning, then Gas Balloon or use this link Americas Challenge News. 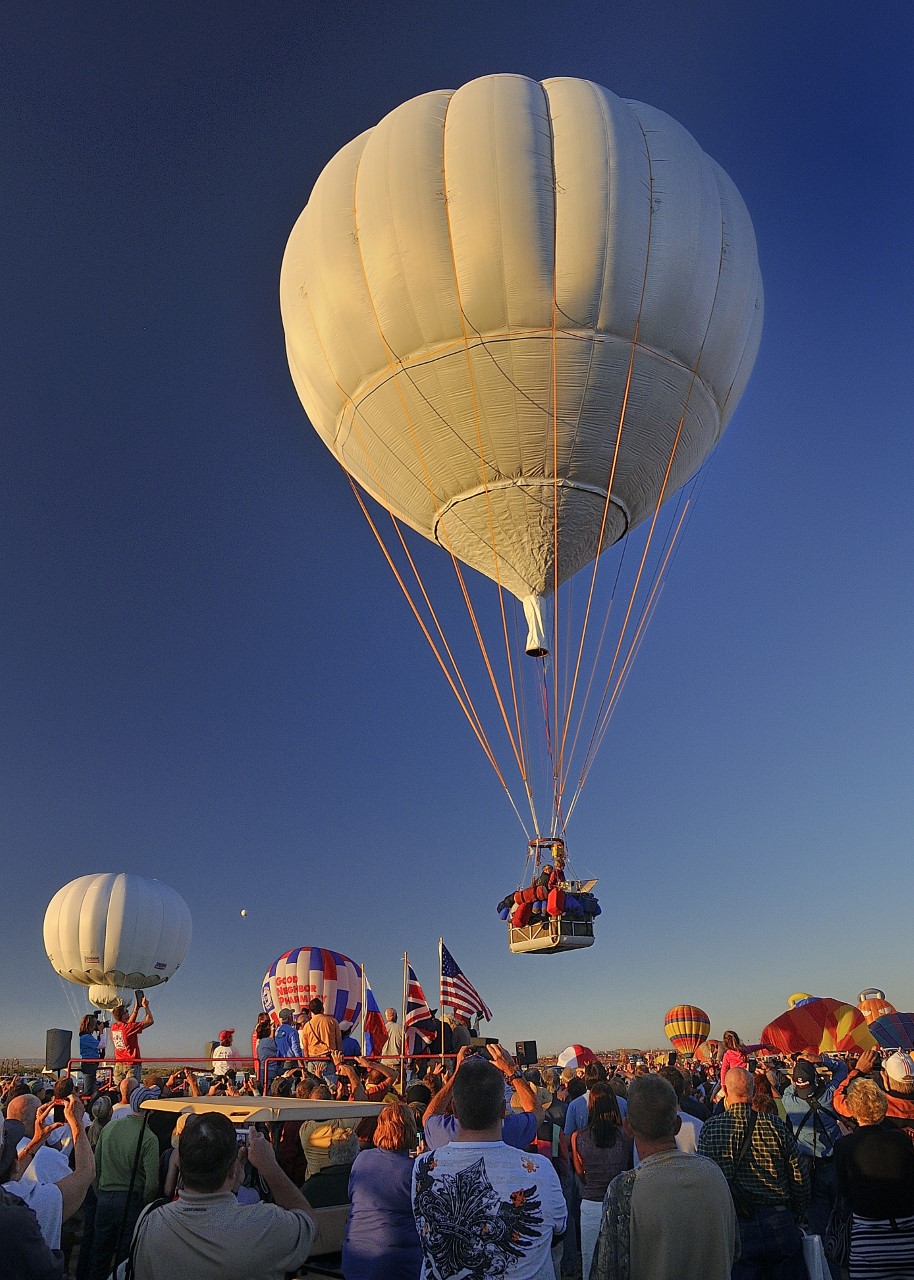