The Beginner's Guide to Drone Racing

Drone racing has exploded in the last two years. With the launch of the FAI Drone Racing World Cup in 2016, and a packed season of more than 20 events this year, this exciting new FAI discipline is on the up.

June alone will see five World Cup events – Portugal, Paris and Cabourg in France, Germany and Slovakia – with a packed season to follow. The first FAI Drone Racing World Championships in China in November will provide a high-profile season finale.

For those who don’t know their quadcopter from their rotorcraft, however, the discipline of drone racing can look confusing. Never fear, here's our seven-step guide to understanding what's going on in drone racing.

Forget about Amazon drones or taxi drones – the drones in drone racing are small and fast. Typically they weigh less than 250g, can accelerate to more than 100km/h in a couple of seconds, and are controlled by remote control. Battery powered, all the components can be easily replaced for when they crash. They cost from $200-$1,000 and can be bought off the shelf or built from scratch. There is an onboard camera, which feeds back to the pilot's goggles.

Although you can race a drone without them, the real fun in drone racing starts when you put on a pair of first-person view (FPV) goggles. These link to the camera on board the drone and give the pilot – the drone operator – a real-time view, as if they are sitting on the drone piloting it. The experience is "immersive" which means breathtakingly real. The pilot might be standing still, but the action in their head is explosive.

Lots of drone pilots came to drone racing from other aeromodelling disciplines, while others have seen drone racing videos online and come into it from gaming. Like all air sports disciplines drone racing demands discipline: you might love the buzz of going fast, but your first crash soon teaches you that you need to learn to fly in control. Skills needed are hand to eye coordination, an even temperament to perform well under pressure, and a mechanically sympathetic mind to work with the drones. Lots of drone pilots are young – teenagers combining their love of online gaming and their skills in science and technology with the thrill of competition and sport. Team work also comes into play – drone racing is social as it is often based around clubs.

In a drone race, pilots race against each other around a dedicated drone track. There can be two or more pilots on each heat. Typically a race will see pilots launch from the ground and then have to navigate a race track, dodging slalom poles and ducking under gates. The aim is to get round in the fastest time, without crashing out – either by hitting a gate or another drone. Heats lead up to quarter- and semi-finals, before the final reveals the overall winner. The length of the race is limited by the length of the batteries – drone power lasts three minutes.

Tracks can be as simple as two sticks 50m apart in a field, or as complex as a rollercoaster around a stadium. Flying a drone course is not simply about going fast like a racing car – with high and low gates and other obstacles tracks go up and down as well side to side, so the pilot must learn quickly to fly the best line. Some drone races have been held in spectacular city centre locations with thousands watching.

Because the action on the field happens so quickly, judges watch the live video feed from each competitor to make sure the run is clean. Where gates are missed the judge will apply a penalty, or let the pilot know straight away so they can go back around. Judges are usually from a drone racing or aeromodelling background. 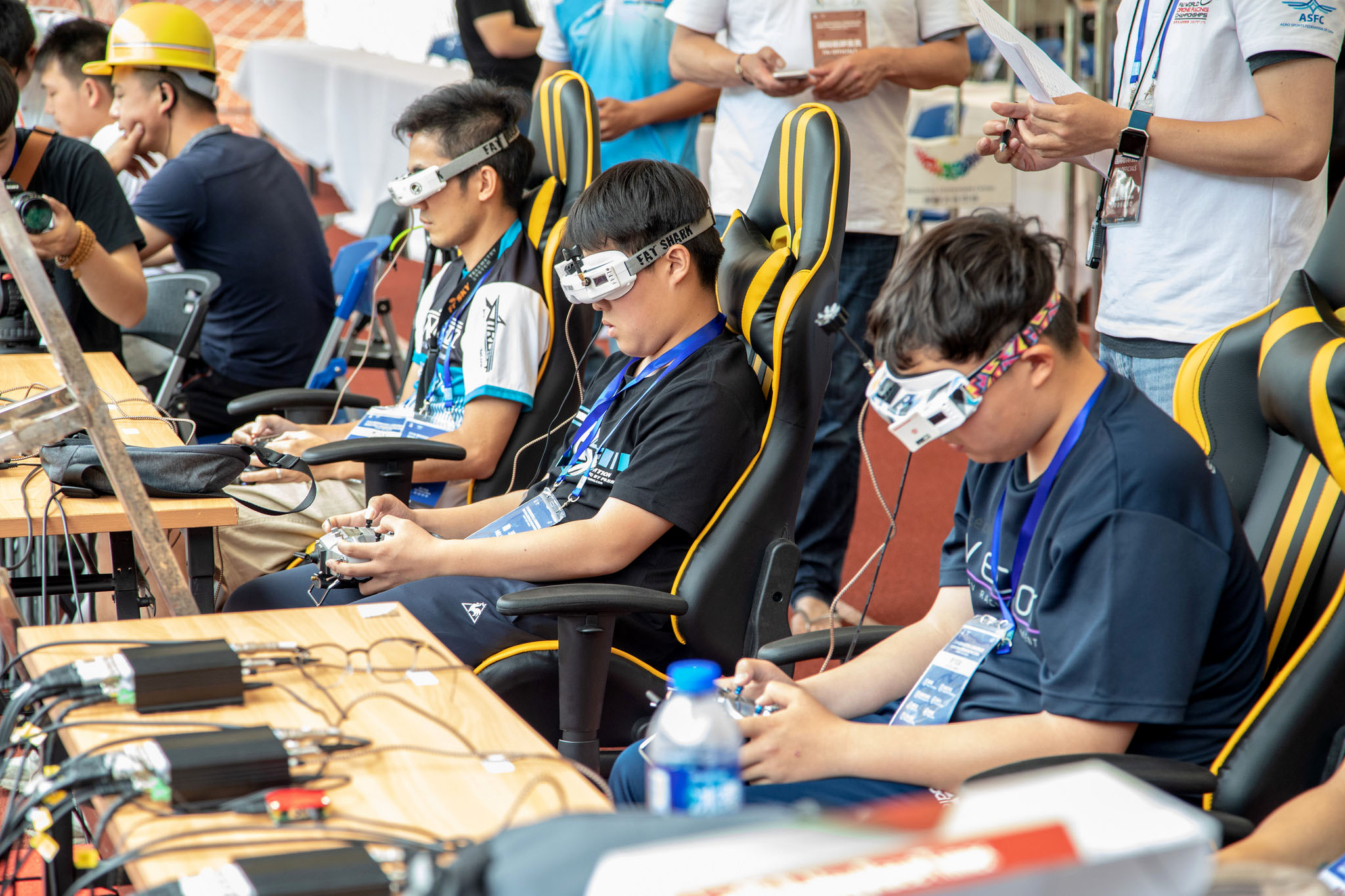