Britain’s Paul Bonhomme and Nigel Lamb won first and second place at the Red Bull Air Race at the Ascot Racecourse on Sunday, sending a sell-out home crowd of 29,000 spectators into a frenzy with thrilling performances in challenging windy conditions. It was the 15th career victory for Bonhomme in his 55th race and also second win of the season worth 12 championship points that helped him cut the world championship lead of Hannes Arch from 13 to just two points. There are three races left in the eight-stop season. The Austrian finished a distant eighth on Sunday. Nicolas Ivanoff of France got his first podium since 2009 by taking third place with a time of 1:11.884.

Bonhomme, who also wears race number 55, now has 41 world championship points to Arch’s 43. He won the Ascot race with its first-ever standing start with a flawless performance despite difficult and changing English winds that gusted up to 30 knots and caused many pilots problems. The spectators in the capacity crowd were on their feet watching the spine-tingling action from the grandstand and grassy terraces and they roared their approval when Bonhomme stopped the clock in the Final Four with a sensational time of 1:11.579. Lamb, celebrating his 58th birthday, was a close second and got his third straight podium with a sterling time of 1:11.750, which was good enough for 10 points that also put him into the thick of the championship battle with 35 points overall. 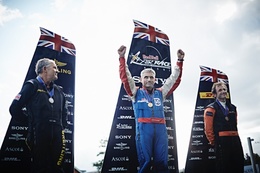 “I think this has to be the greatest escape yet – it’s a great win,” said Bonhomme, who had a dismal performance in Qualifying on Saturday and was nearly eliminated in the first round of 12 on Sunday when he was beaten by Germany’s Matthias Dolderer, who finished fourth overall on Sunday. “The British crowd just love aviation. I couldn’t have wished for a better result.”

It was a bitter day for Arch, who saw his 13-point lead over Bonhomme melt away when he was knocked out in the Super 8 round due to penalties on the windy course, but also for Pete McLeod. The Canadian had dominated Qualifying on Saturday to win pole position but was knocked out in the first round on Sunday and ended up 10th. 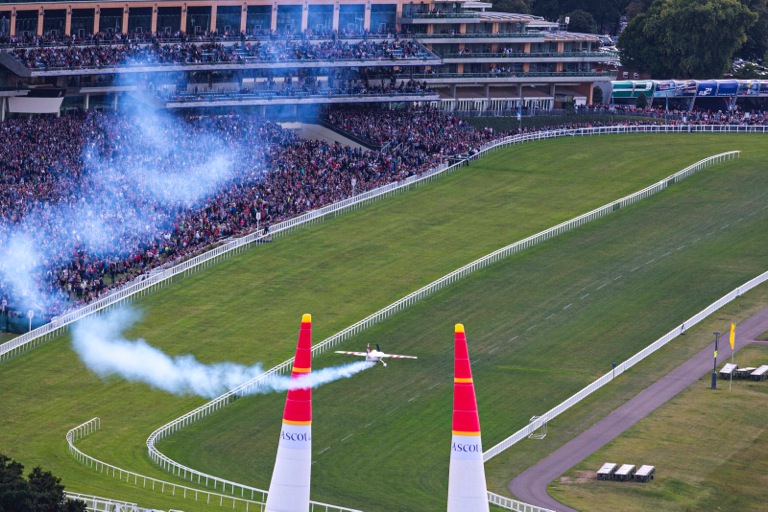