Checking Out The World Drone Racing Championships Stadium in Shenzhen

The 1st FAI World Drone Racing Championships in China are on the horizon, with less than two weeks to go.

Apart from the pilots, star of the show is sure to be the track. With its 7,000m of LED lights it is certain to turn heads among drone fans around the world.

However, just as eye-catching and inspiring is where the track is set – the location of the whole competition.

Shenzhen Universiade Sports Centre is a futuristic glass-and-steel sporting complex that punctures the air like shattered black crystal. It sits in the north east of Shenzhen, one of China’s most successful and innovative cities.

It was built by the Shenzhen city government over five years, 2007-2011, to host the 26th World University Games in August 2011. These international multi-sport games happen every two years and were hosted by Shenzhen in 2011, when they featured almost 8,000 athletes from 165 countries.

The stadium was created by architects Gerkan, Marg and Partners, an international architecture firm based in Hamburg, Germany. The total cost was 3.5 billion RMB – about €440m.

Home to the Shenzhen Fengpen Football Club and the Shenzhen Leopards basketball team, the stadium is complemented with an indoor arena (capacity 18,000) and aquatic centre (capacity 3,000).

According to the architects, the design was inspired by the undulating landscape around Shenzhen and references Chinese horticulture and philosophy toward the land. 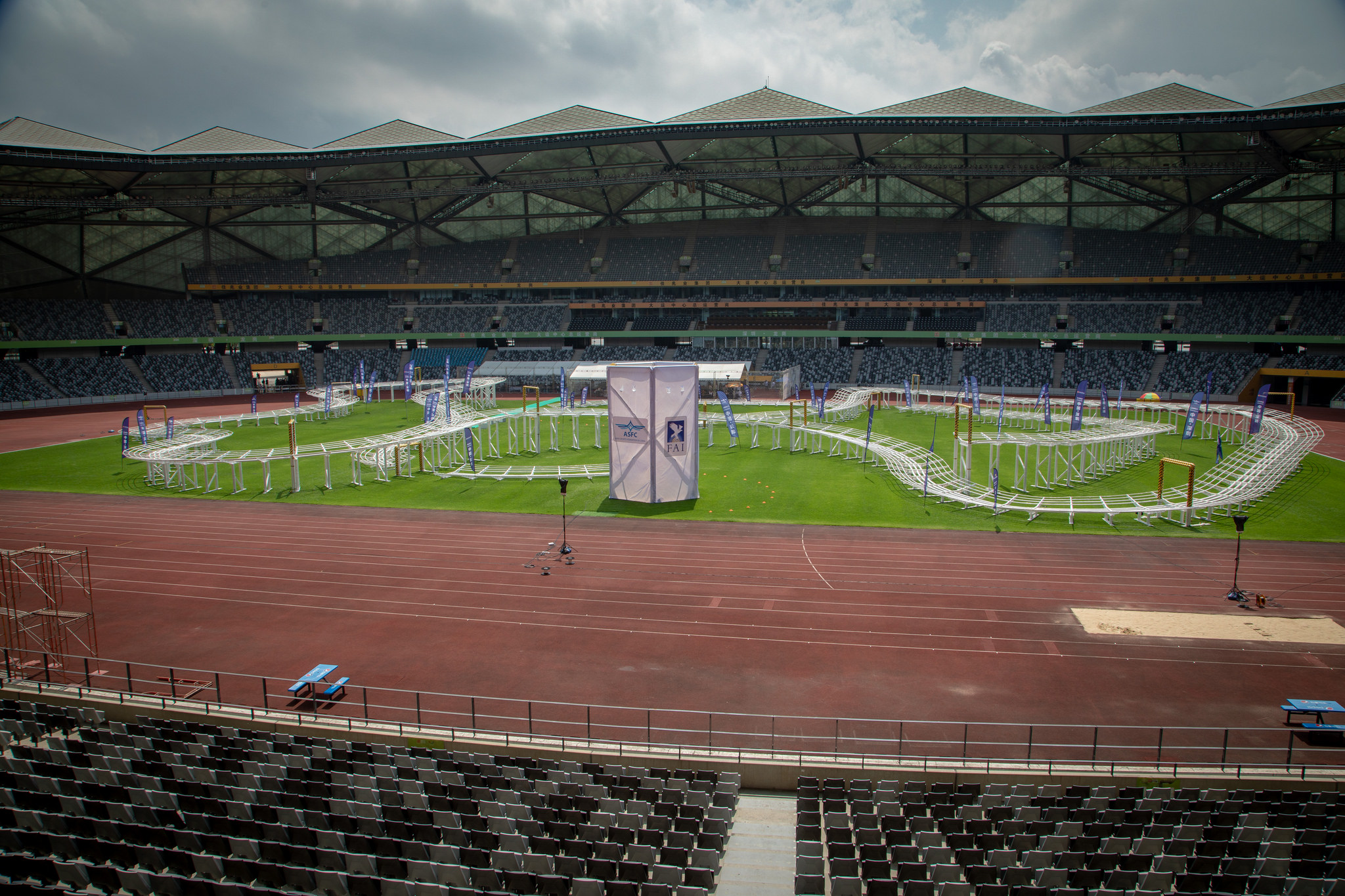 The roof projects up to 65m high and is a steel “prismatic shell” built of triangular facets. Designed to be “crystalline” the feeling is emphasised by an artificial lake that connects all the elements of the sporting centre.

Inside, the steel supports are designed to reference a Chinese bamboo forest. Steel tubes up to 55m in length rise up to support the roof.

As the world’s drone pilots hone in Shenzhen they couldn’t wish for a better-looking or more appropriate venue.