On Saturday, January 19, 2019, planning for over 10 months came together and I set out to achieve a record in a very small hot air balloon. The weather was going to be bitterly cold, -29°C on the surface and much colder aloft. Winds were light for a few thousand feet up from the surface, perfect for an altitude attempt. My goal was to climb to 15,000 feet (4570 meters) Mean Sea Level to obtain the FAI AX-02 world altitude record. 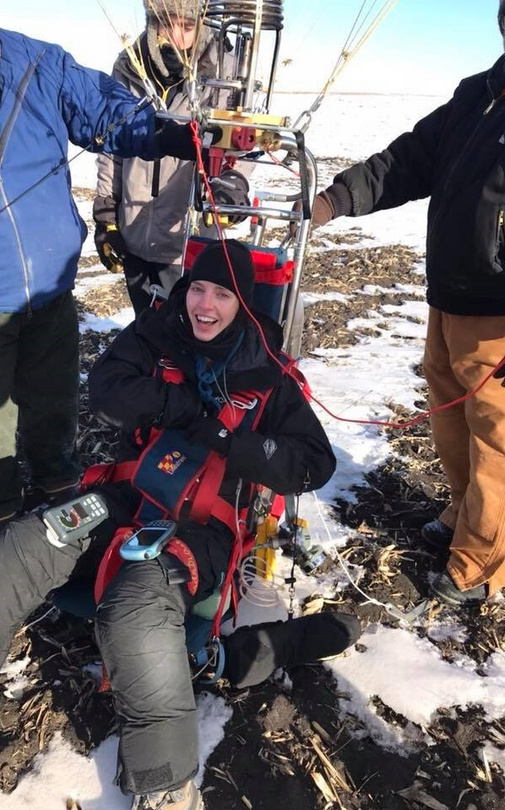 by Lindstrand Balloons LTD. The balloon is only big enough to carry one very small pilot. The balloon has a gross lift of 163 kg. The system weighed 95 kg, leaving just enough lift to carry minimal gear and myself. There is no basket. Only the pilot strapped to a propane tank with feet dangling. To give comparison, the average sport pilot flies a 90,000 cubic foot (AX-08) balloon.

The balloon was made from TriSpi, a very lightweight and clear fabric. It was a surreal feeling to look up, see not just daylight but full sky, and make out every shape.

The day before the flight, we made the trek through a snowstorm, from Southeast Iowa, USA to Fargo, North Dakota, USA. We drove north to get behind the front, which was creating blizzard-like conditions. We needed to reach the backside of the front and find the high pressure bringing clear sky, light winds, and frigid temperatures.

The morning of the flight my team set up and inflated the balloon while I worked with the NAA Record Observer to get all my electronics on and secured. I was strapped into the seat, tank at my back and feet dangling. I was a little more than nervous for this flight. It was only my second time ever flying a hopper and my previous experience was more than 5 years prior.

When I awoke that morning, my excitement was hampered some by the clouds I saw. My original goal would not be possible. I launched at 08:23Hrs CST/local time with few clouds in the sky. I aimed for an altitude of 3050 meters, well below the cloud ceiling of 4600 meters. It took me just over 20 minutes to reach altitude. Once I was up there, I had more speed than expected so I decided to stay up there for as long as I could to attempt distance records as well. Winds were only forecasted to be around 30 knots but I was cruising along at 50 knots.  Original predictions had the flight lasting approximately an hour. After 2 hours aloft, I landed south of Fergus Falls, Minnesota, USA at 10:28Hrs CST.

TriSpi fabric is not permeable. Every time I burned, the water condensed and would create little steam clouds. By the end of the flight, over 5 kilograms from water vapor had collected inside the envelope.

I flew to an altitude of 3149 meters and covered 98.4 kilometers, setting 3 World and 6 US National records in the AX-02, AX-03, and AX-04 categories. The longest standing national record I superseded had been set in 1965 by Brenda Jo Bagan. Hers was the first ever hot air balloon world record ratified. It was previous superseded as a world record but had stood as the USA national record for 54 years. I would like to thank my support team that helped make the flight possible.

In June 2019, the FAI/CIA ratified 3 World records from my flight in January 2019.  I’m proud to claim the following records: 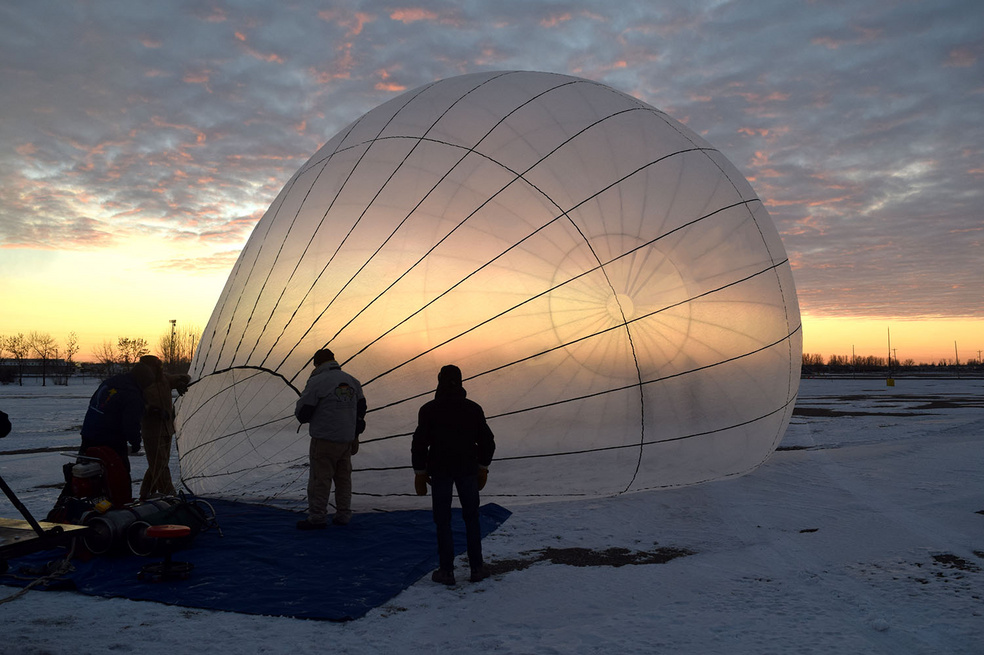