Inspired by public art events such as the Cow Parade and Buddy Bear, Max Polyakov, founder of Association Noosphere, called upon artists from across Ukraine to decorate model rockets which have been on public display in Dnipro’s Gagarin Park since October.

The 1.5 metre high rockets were auctioned this December to help fund a park reconstruction, named, of course, after Yuri Gagarin, the Russian cosmonaut who became the first human to orbit the Earth in April 1961.

The exhibition of 23 rocket sculptures, painted by artists in many different styles, is open to the public free of charge, transforming the park into a common creative space. The header image shows “World is united” by young painter Taras Bilous from Dnipro. The work reminds us, in the whirlpool of rapid scientific and technological progress, to remember the ecological situation on our home planet.

“Noosphere's greatest asset is ‘passionaries’, proactive contemporaries who strive to change the world around them for the better. The ardent zeal shown by the participants of Noosphere Art Rocket Park, with no expectation of prizes or compensation, is a rarity and a manifestation of true passionaries. Thank you to everyone who believed in this innovative artistic initiative!” 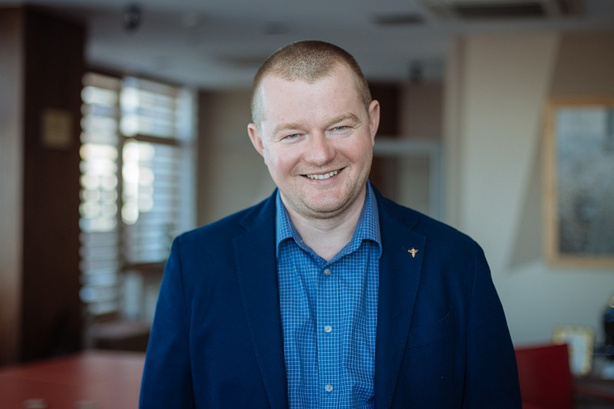 Gagarin Park is part of the Botanical Garden of the Oles Honchar Dnipro National University.

NGO Association Noosphere is an FAI Global Technical Partner, whose expertise helps the FAI by developing applications to support event management and integrates with FAI databases and scoring systems to help the smooth-running of events for organisers and competitors. www.noosphere.com 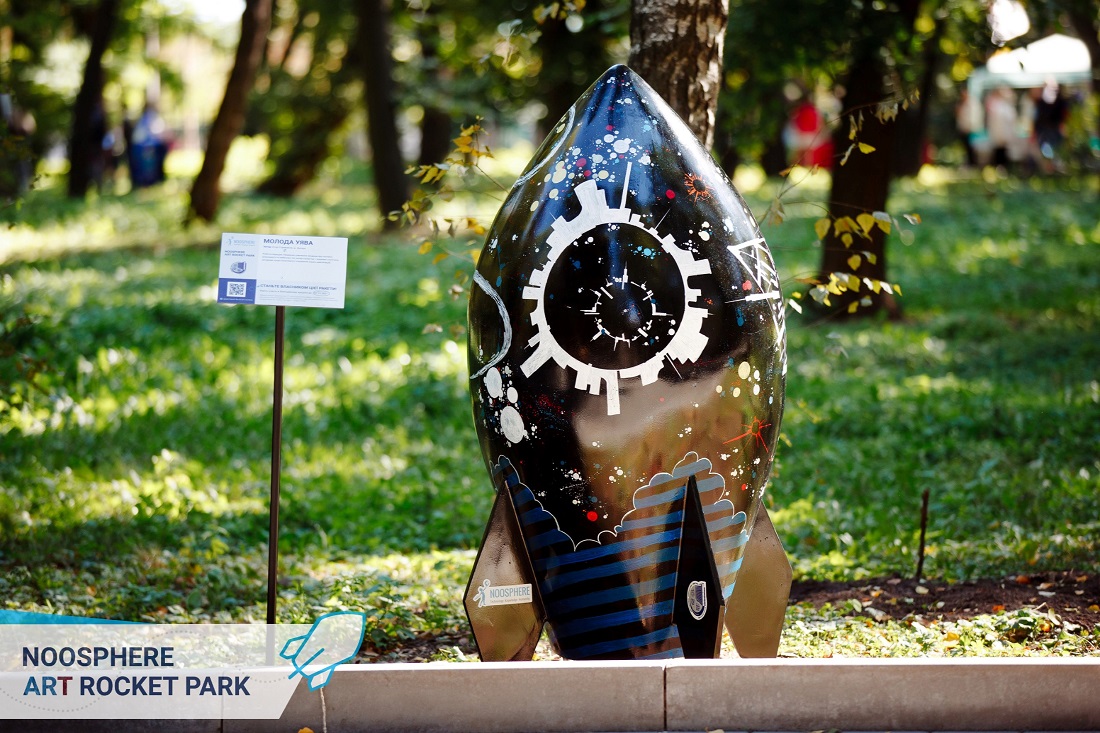 “Young Imagination” by Yegor Strizhakov, Dnipro. The rocket’s artwork portrays human’s earliest perceptions of space, the diversity of celestial bodies, color of galaxies and star clusters, and the possible existence of other civilizations. This perception generated many myths about our origins. And the structure of the universe as a whole. 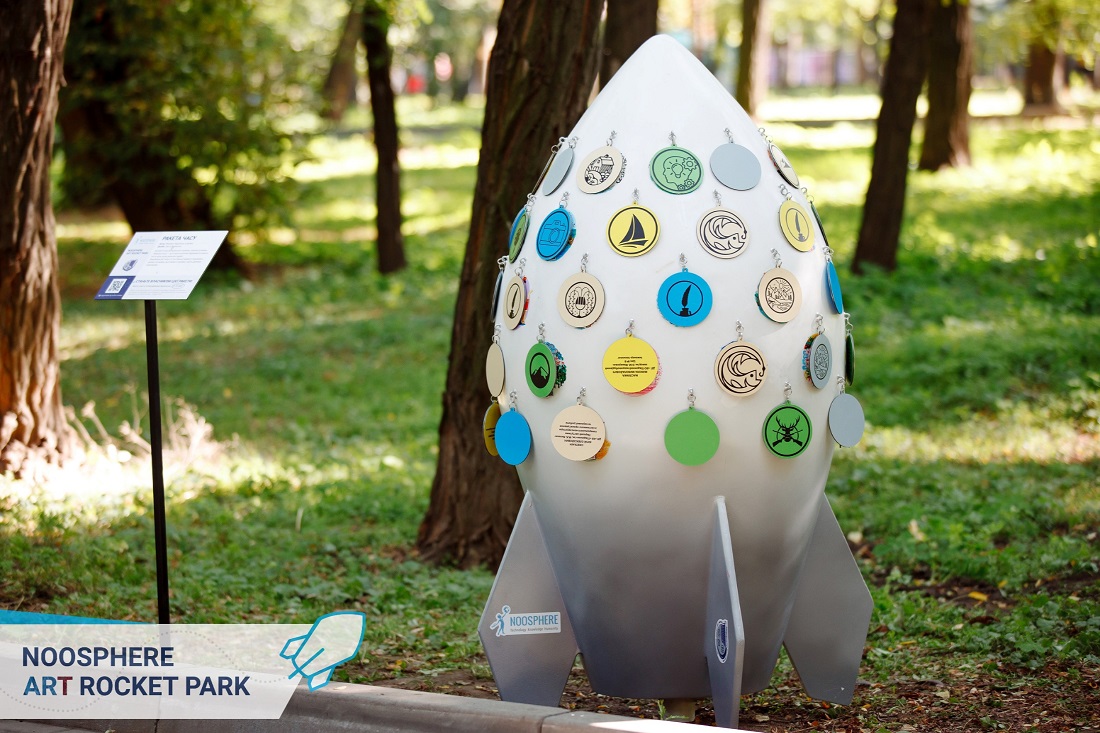 “Time Machine” Art rocket from the Dnipro Science and Technology Museum, this rocket is the history of space enterprises of our city through the history of real people. The workers of this industry and their relatives frankly shared their memories, life stories, and even some of their secrets.

Great things are born out of simple things. This is both an art object and a unique documentary. 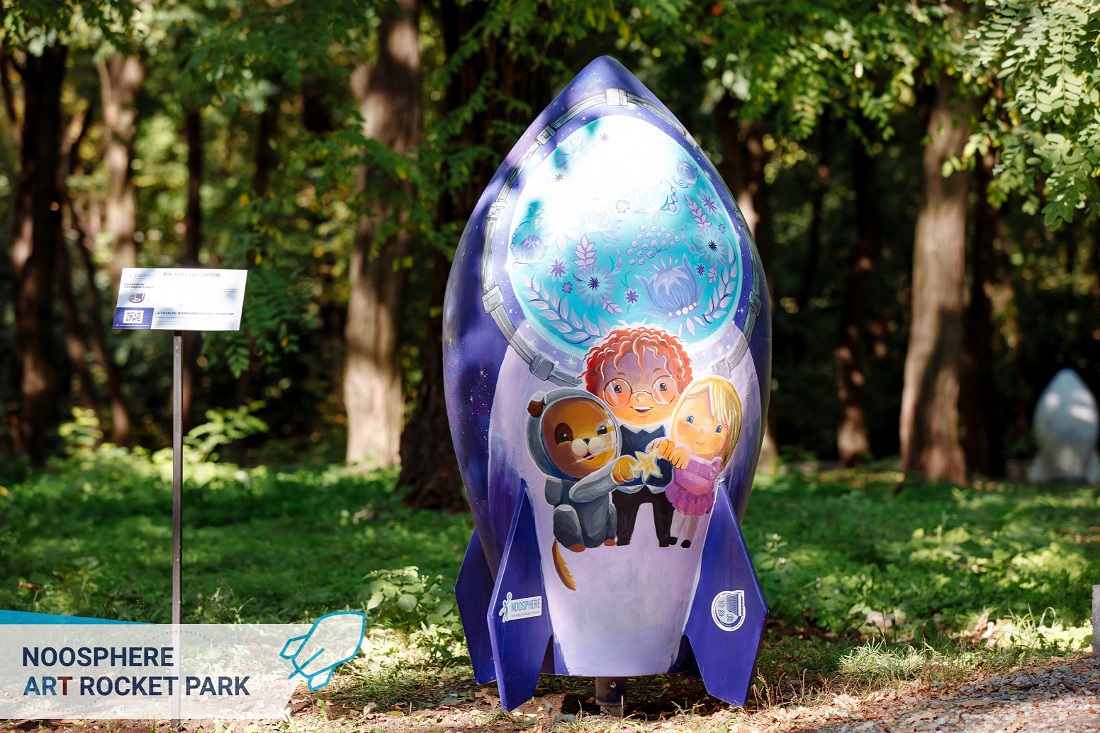 “Together to the Stars”,  by Alyona Voloshina, a young artist from Dnipro and winner of numerous professional competitions. Mankind has always dreamed of reaching the stars. This interest unites young dreamers and adult explorers alike. The work symbolizes the invaluable contribution of Ukrainian pioneers — astronomers, scientists, engineers, and testers - to the exploration of space. Per aspera ad astra!