Counting down to the 62nd Coupe Aeronautique Gordon Bennett

On 28th September 2018 a total of 21 two-person teams from 12 nations will depart from Grosse Allmend in Bern, Switzerland and fly for as far as possible with a set amount of gas.

Each balloon takes off to the tune of its respective national anthem and on the playlist this year will be the anthems of the European countries of Austria (2 teams), Belgium, Czech Republic, France (3 teams), Great Britain, Germany (3 teams), Poland (two teams), Switzerland (3 teams) and Russia. Japan, Australia and USA (2 teams) will provide melodies from further afield.

This will be the 10th time that Switzerland has hosted the famous event which dates back to 1906, and each of the three Swiss teams are hoping to combine skill and luck to reach the furthest distance from the take-off and thereby win the cup back from the French. 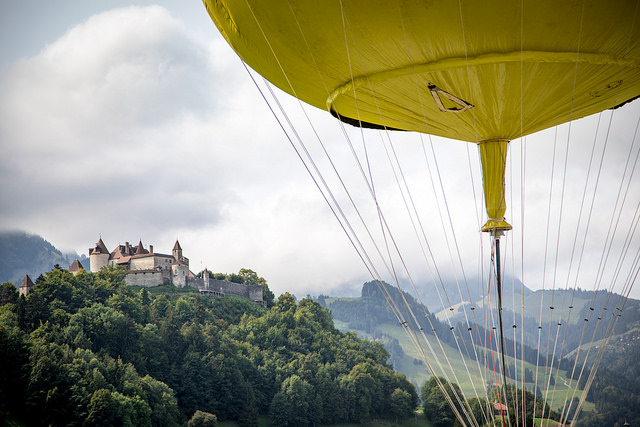 Last year’s silver cup winner Kurt Frieden has teamed up with Roman Hugi and will be trying to take the winner’s spot this year. Certainly, Nicolas Tièche and Laurent Sciboz - who took 4th place for Switzerland in 2017 - will be fighting to move up the rankings.

But the Swiss teams certainly have some competition… Germany and France have both entered three teams and each country will have high hopes for achieving the longest flight. In 2017 the stalwart French pilot Vincent Leÿs teamed up with Christophe Houver to take the top spot, and undoubtedly the pair will be keen to navigate their way to success as skilfully as last year, when they managed to cruise through the narrow corridor between Kalingrad and Belarus to land in Estonia, 1,834.72km from Fribourg, SUI where they took off over 36 hours before. It was the crew's second win, and Leÿs has been on the podium a total of nine times in his flying career. 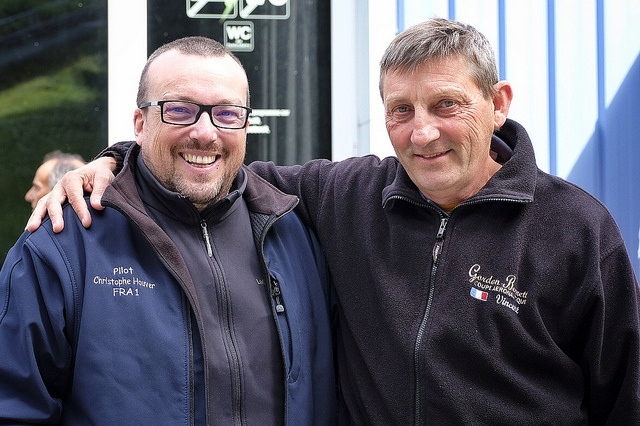 Will this be a hat trick for Christophe Houver (L) and Vincent Leÿs (R), FRA?

The picturesque capital city of Bern will lay on a spectacular event to pay homage to the race. During the aviation festival the audience will be able to see helicopters, parachute displays, music and entertainment, and be well fed via the 28 food trucks in the dining area. The 'Nightglow' evening show will be a highlight of the event.

Bern has a prominent place in Switzerland’s ballooning history: the Swiss Aeroclub was founded here and the Swiss Army Balloon Troops’ schools of recruits were established in Bern, with regular balloon take-offs from the Grosse Allmend from 1900, not long before the first Gordon Bennett race in 1906 in Paris.

Technology has come a long way since those brave adventurers took off without being able to make contact with the ground. The winners of the 1906 race – Americans Frank Lahm and Henry Hersey - flew 641.1km to the Yorkshire Dales, GBR. Nowadays the balloons are tracked, weather is monitored and flights are fully recorded to enable precision navigation and to allow a wide audience to follow the balloon’s long-distance flight paths.

Still, the weather plays an important part in deciding the potential routes for the balloons. Commenting five days before the start of the race, Vincent explains: "It's difficult to have a precise idea of how the weather system will work for Friday. The strategy is decided on the day of the race with our meterologist and the route planner. Wherever we end up, it's more to do with our preparation than luck but at the moment we have a one in twenty chance of winning."

The prize-giving ceremony will take place on Saturday 6th October when the winners – whoever they might be – will return to Bern to collect their trophies and enjoy a gala dinner in celebration of their success.