THE FIRST COMPETITION DAY AND THE OPENING CEREMONY

The first competition day was conducted as planned by Meet Director Martin Gabla. 5 rounds of accuracy landing were completed, so if the weather on the coming days gets as bad as predicted, the accuracy part of the championship is already valid with only one team round and the individual final jumps left.

All competitors were lined up in the morning at 08:15 for the start of the Bubakov Chair Lift and as soon as the lift was on, everyone was brought up to the target area, which is located on top the Bubakov ski slope. This year, the competition area was a real Para-Ski type, it was a requirement to go up the hill with skies on a Chair Lift and at the target area competitors changed from ski boots to parachuting accuracy precision shoes with pointed heels. The only way down was on skis.

The decision to change the usual schedule when skiing is the first event and to start with the accuracy landing event, was a very good one, we had blue sky and low wind for the whole day. But as it is known in mountainous environments, there were fickle winds and quite difficult conditions for accuracy landing. The additional challenge of a target with 30° inclination makes it even harder to score dead centres but the top athletes managed to score just a few centimetres out of the 5 rounds. 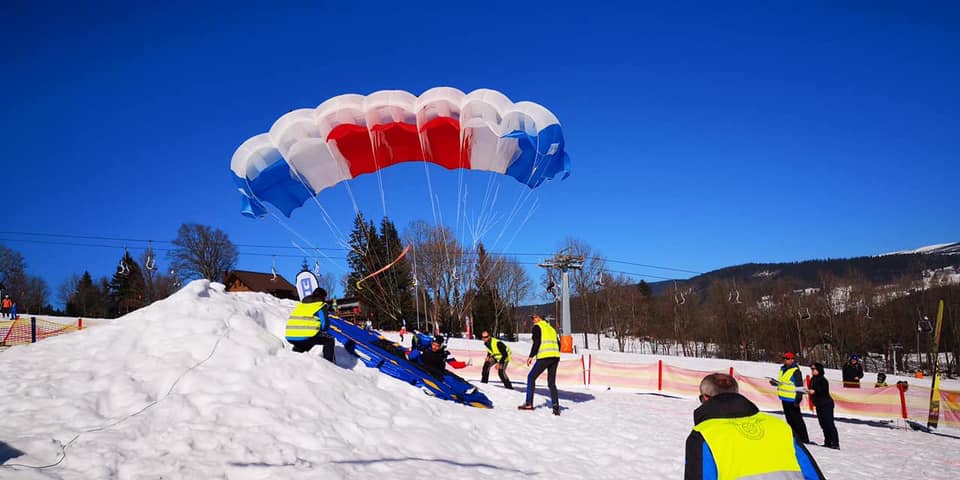 In order to take advantage of the weather 5 completed rounds of all 16 teams were done, the 83 helicopter flights kept the competition staff, the helicopter pilot and the judges busy the whole day. The judges were just offered a take away pizza in the target area while the helicopter was on a 15 minutes refuelling break. 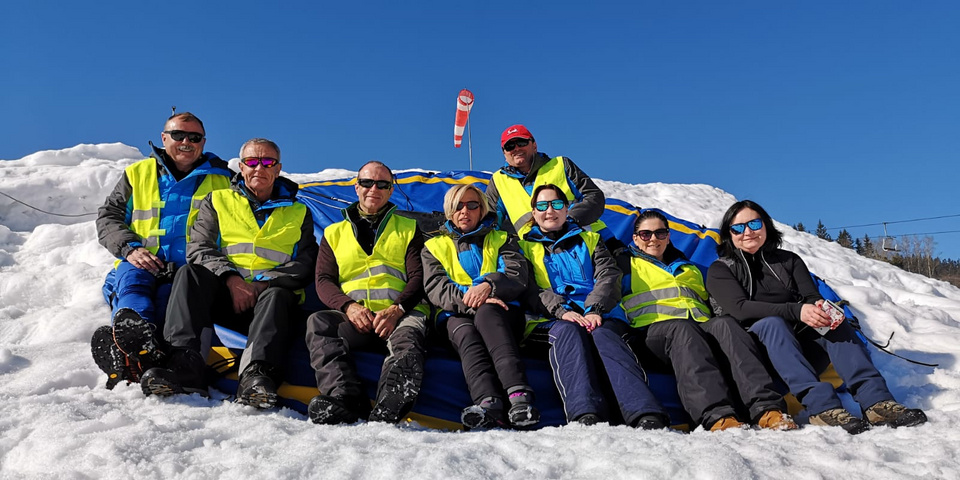 FAI Judjes having a 5-minutes break to make a picture.

The opening ceremony in Vrchlabi town square just in front of Gendorf Hotel was pushed back to 17:30 so the 5 complete rounds could be finished. The ceremony was conducted as efficiently as the jumping, a figure of local fairy tale Karkonoš (in German Rübezahl) welcomed everybody to his Giant Mountains. 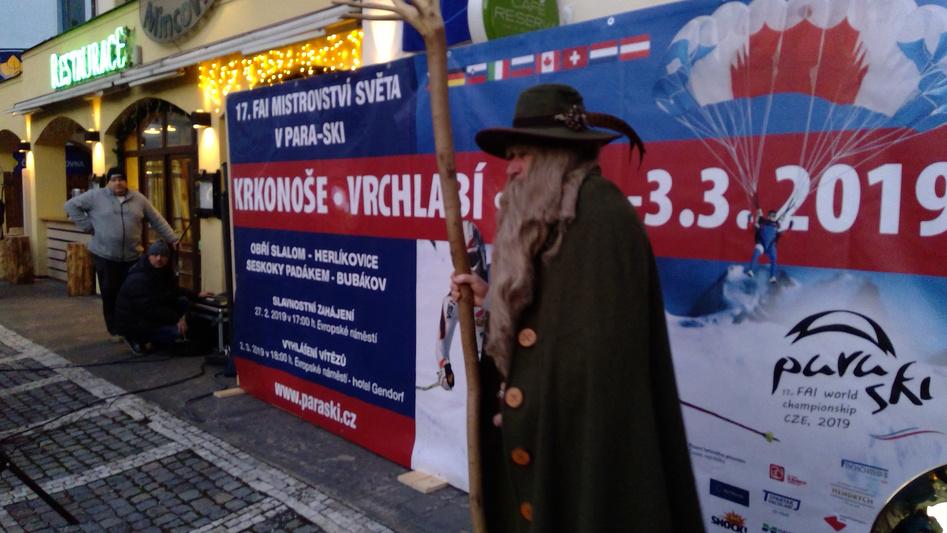 After short speeches by the head of Championship Organising Committee Petr Jires and by the Vrchlabi deputy town mayor Michal Vávra, the FAI flag was displayed and FAI anthem played.

On behalf of FAI/ IPC the Chair of IPC Para-Ski committee Michael Egger, thanked all the hosts in Vrchlabi, namely Martin Gabla for the good organisation and hospitality, thanked the participants for their dedication to our sport and the FAI officials and judges for their work and finally declared the Championship open.

At the team leader meeting at 8pm the plan for the second competition day was presented by Martin Gabla. 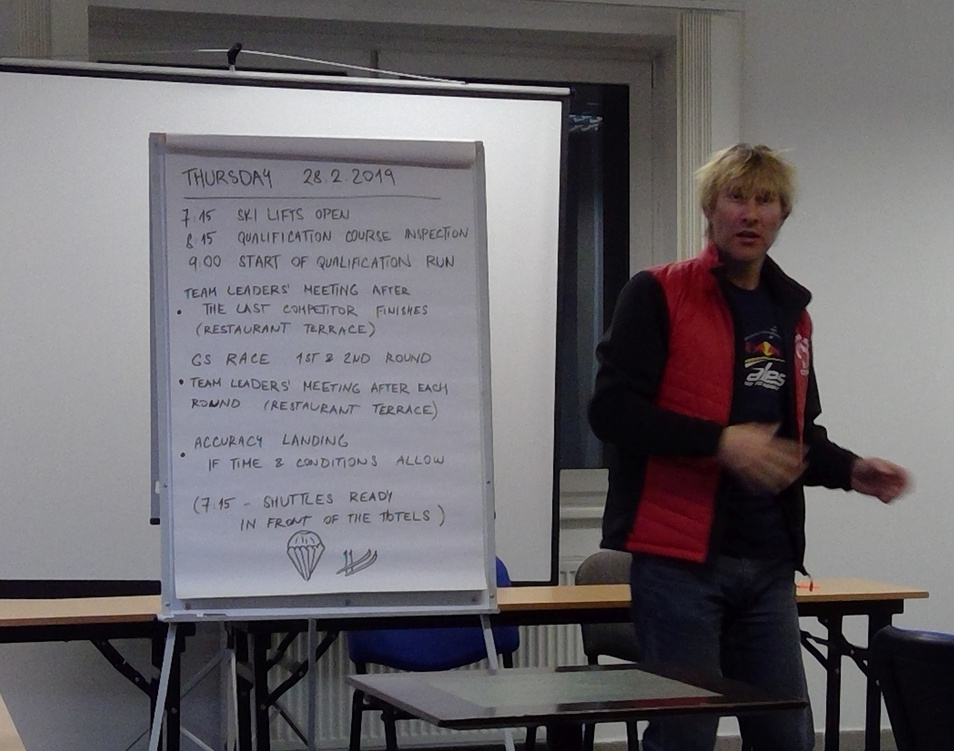 As we have uncertain weather with warmer temperatures, he will decide after the qualification run which will start at 09.00, if the snow conditions allow the two giant slalom races on the same slope or if the weather would allow to finishing the remaining round of accuracy in the afternoon.

If the snow conditions permit, the whole day will be dedicated to skiing all 3 runs.

Some facts about judging at Para-Ski accuracy landing: