The day started with the top 64 pilots who had made it through the previous three Qualifying rounds lining up.

Unlike in Qualifying, where pilots are scored on their lap times, each race in the later stages becomes a do-or-die knockout, with only the top two of each race of four going through to the next round.

Over two hours and 16 races of high-level competition, broadcast live online via Tencent TV (China), YouTube and social media, all 64 pilots took their chance. By the time 6pm came and the track started to light up with its 7,000m of multi-coloured LEDs, those 64 pilots had been cut back to 32.

Of the women who made it through Qualification, Wanraya Wannapong, the 11-year-old from Thailand, was second in her race and went through to the next 16. GaYeon Mo (KOR) also made it through. 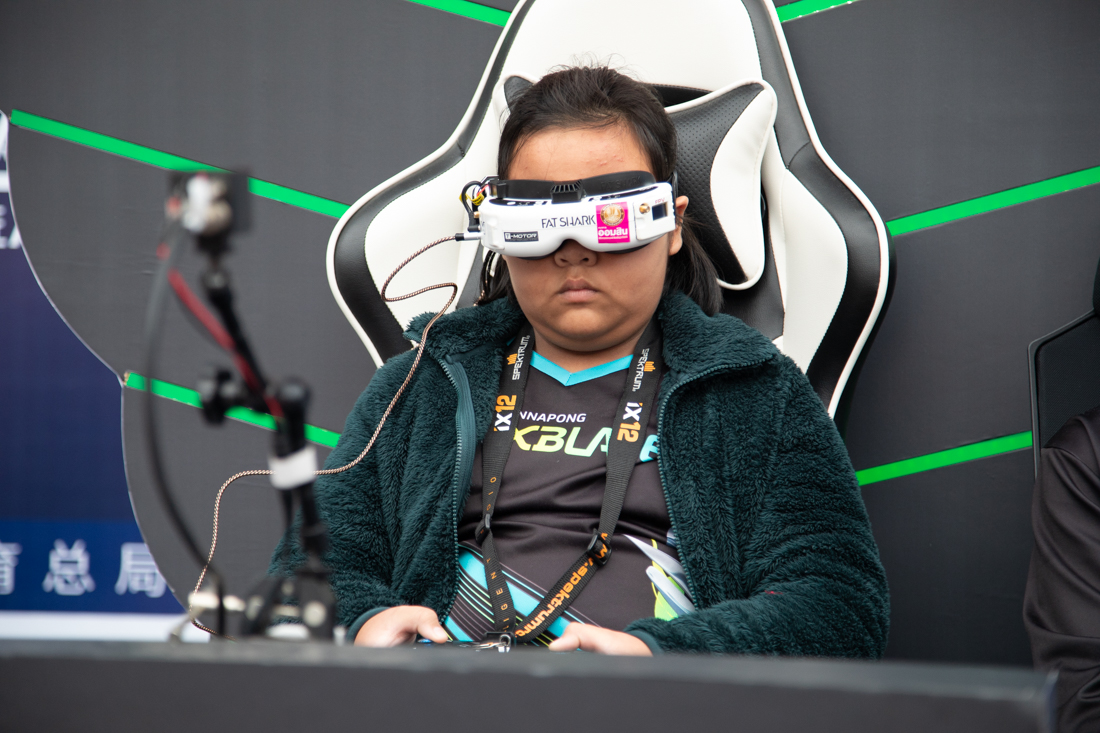 When the racing started again shortly after 6pm local time, all eyes were on who would make it through. As the goggles came down the tension rose.

The first major shock of the evening was in the first race, when Killian Rousseau, fastest pilot in Qualifying and winner of this year’s FAI Drone World Cup crashed out after his first lap.

“Collisions are just one of the things that happen in competitions,” said the teenage French drone ace, clearly emotional. “But I have had a good time here anyway.”

Wanraya Wannapong crashed out in the same race, putting an end to her hopes too. The Thai pilot won the China Drone Open in this same stadium in May this year, so had been tipped to go all the way. 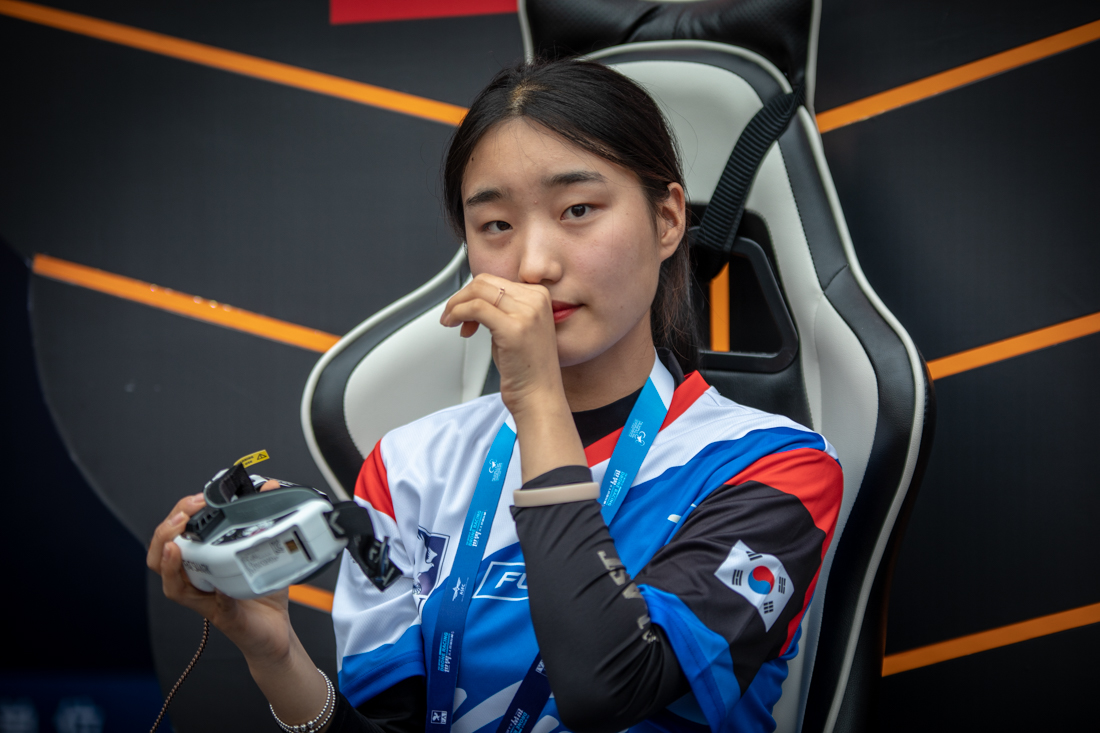 The shocks kept coming in the second-to-last race of the evening, when Spain’s Vincent Mayans, a Junior, crashed out in the worst way possible.

After a stunning show of flying where he overtook other pilots to lead the race, he hit the final gate at full speed, sending his drone spinning to the floor and snatching his hopes of victory away at the last minute. 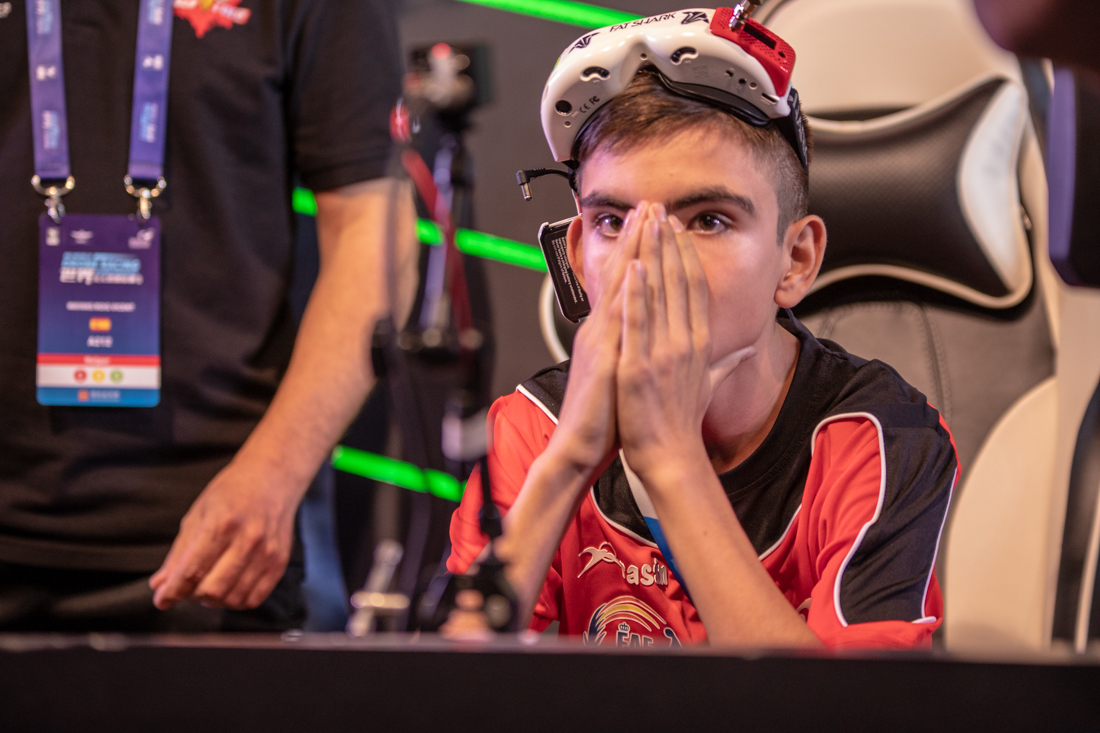 Australia’s Thomas Bitmatta fared better, making it through to the next round after coming second to Haihong Sha of China in an extremely close contest, but told us that anything can happen at an event like this. 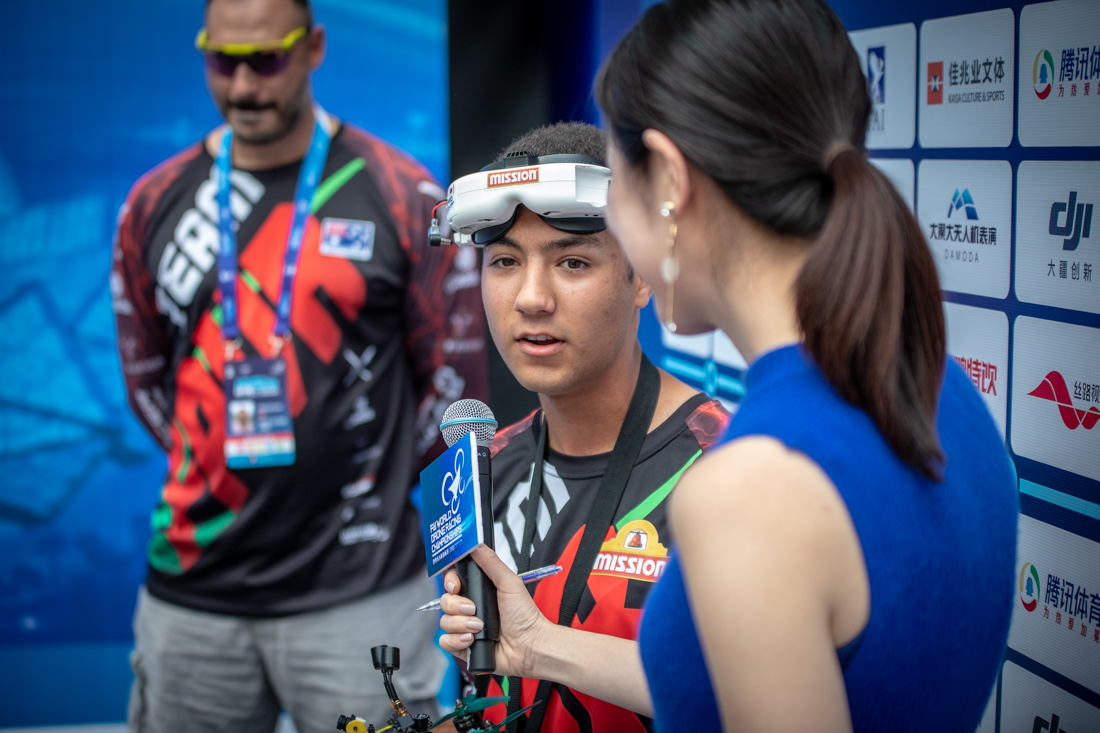 “When it comes to lap times I know I’m up there with the best of them, but there are so many things that can come into play,” Bitmatta said. “I’ll give it my all, but either way it will be fun. It’s a real honour to be here flying with everyone.”

The final shock was left for the final race of the night, when Bill Schuette (USA), one of the fastest pilots in Qualifying did not finish, crashing out after two laps.

The high-adrenaline racing meant the competition is still wide open as it moves into its final stages on Sunday. Sixteen pilots now move forward into the quarter-finals, semi-finals and final.