Some 20 gas balloon crews from countries including Australia, Belgium, Spain, and – for the first time – Luxembourg have arrived in Montbéliard, France this week to take part in the legendary Coupe Aéronautique Gordon Bennett 2019. The take-off is planned for this Friday 13 September.

Formed of two highly skilled balloon pilots and navigators, they are all hoping to win this 63rd edition of the historic race, one of the most prestigious air sports events in the world, by travelling the furthest distance from the take off point in eastern France.

And the good news for all those taking part is that the weather conditions for Friday and the following days are looking favourable at this stage.

As all teams have the same quantity of gas to power their voyage, the weather plays a huge role in this race – as does the ways the teams decide to use it.

Last year, for example, winners Mateusz Rekas and Jacek Bogadanski (Poland 2), who are also participating in the competition this year, flew to victory after following a different trajectory to almost all their rivals.

Choosing that route eventually took them 1145.29km from Bern, Switzerland without touching down, a journey that took them a total of 2 days and 10 hours.

This year, the signs are that teams will have two trajectories to choose between when they take off from Montbéliard on Friday 13 September.

They can either stay low and head towards central France, or climb above 3,000m and take a South Easterly direction, before landing in one of the close to 50 “Open” countries across Europe and Scandinavia.

Event Director Markus Haggeney said: “The most important thing is that the forecast is in our favour.

“Conditions are looking good for a launch at 19.00 (CEST) on Friday 13 September, and the meteorological signs are that the teams will be able to choose between two different trajectories.

“I wish fair winds, soft landings, and the very best of luck to everyone taking part!”

The Coupe Aéronautique Gordon Bennett (legends.gordonbennett.aero/), the FAI World Long Distance Gas Balloon Championship, is the oldest and most prestigious event in aviation and the ultimate challenge for the pilots.

The world’s best gas balloonists compete on a simple principle: each team launches from the same location with the same quantity of gas. The competitors launch to their national anthem at intervals of a few minutes and up to three teams per country can take part.

The team whose balloon lands furthest from the starting point after an average of 3-4 days of uninterrupted flight wins.

The first edition of the balloon competition, launched in 1906, was held in front of 200,000 spectators at the Jardin des Tuileries in Paris.

Today, the Gordon Bennett Cup benefits greatly from technology, as a wide audience can access the position, altitude and speed of all participating balloons in near real time. As a result, the Gordon Bennett fan community has grown rapidly.  In 2016, the Cup was followed in 152,000 web sessions.  Since then, the media presence has also been strongly increasing.  In 2017, Gordon Bennett appeared on TV channels in 580 hours and 13,000 news reports in 50 countries. 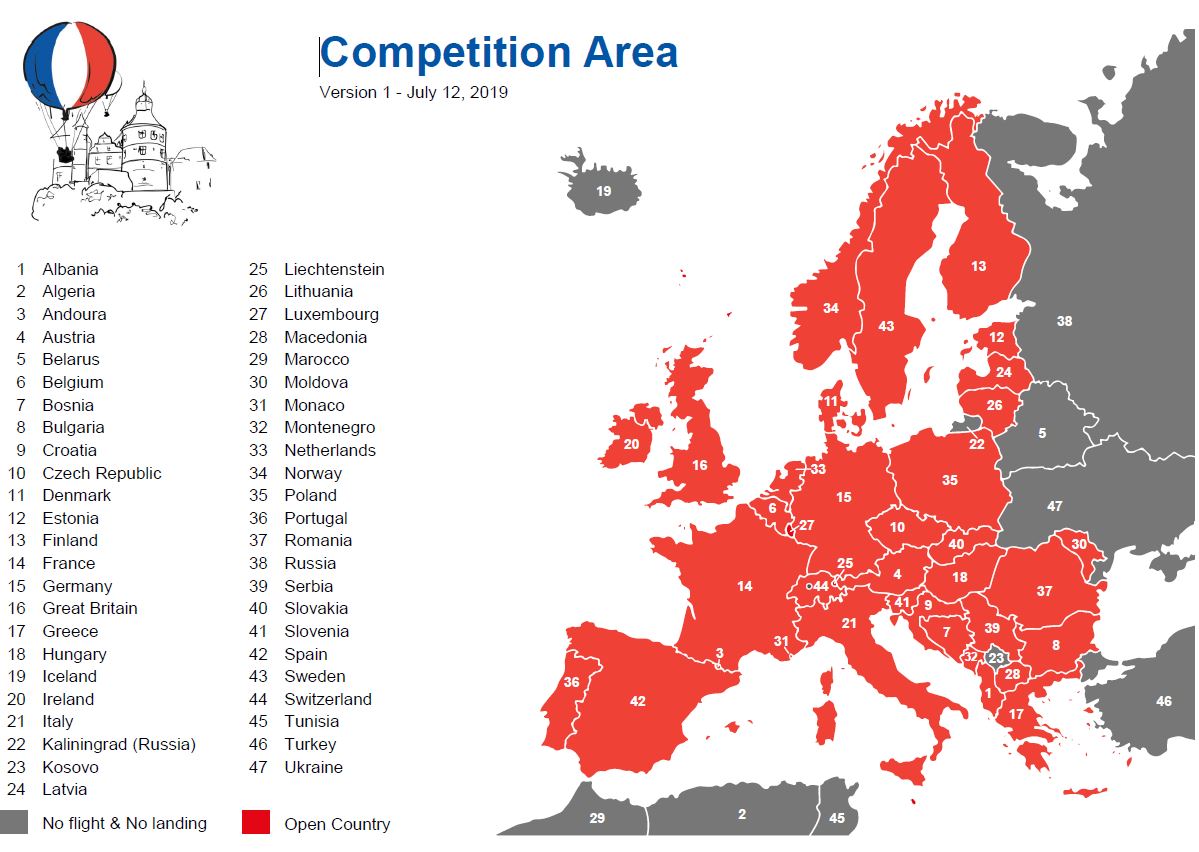