It’s an incredible achievement for this 50-year-old pilot, who has been involved with aeromodelling for pretty much his whole life. But is it still as special the ninth time round? We caught up with Paysant-Le Roux, who lives in Cherbourg in Normandy, to find out. 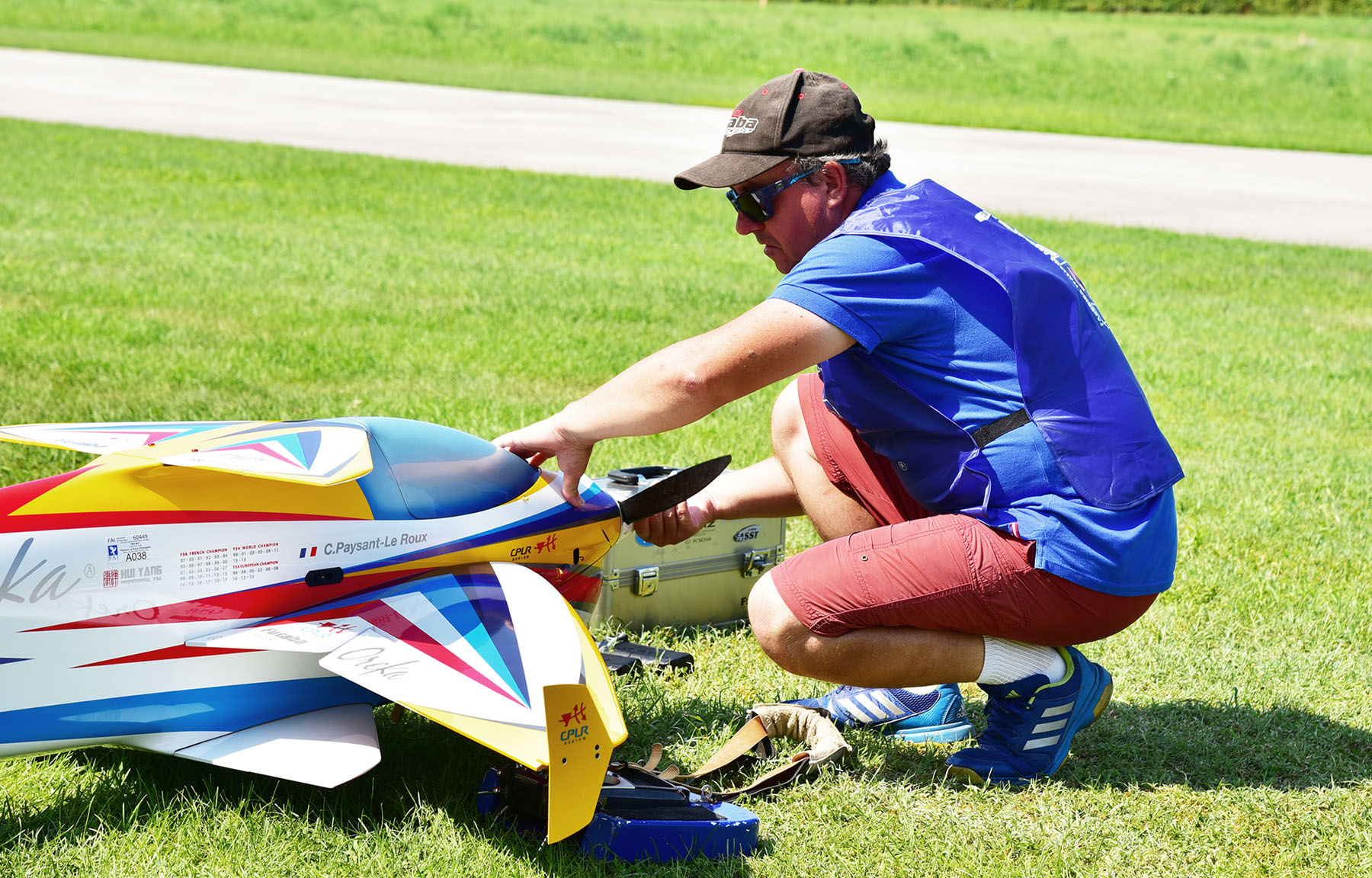 Congratulations on becoming FAI World Champion again this year. How does it feel to claim the title nine times?

There’s no doubt that becoming FAI World Champion for the first time in 1999 was an incredible moment. But while this victory was also wonderful, the best win for me was in 2009, when I came first and my brother came second. That is the best memory of my aeromodelling career.

How did you get into aeromodelling?

I started piloting model aircraft when I was about 10 years old. But I was involved in the aeromodelling world long before that. My father took part in lots of competitions and I followed him everywhere.

What do you love most about aeromodelling?

I love piloting and building aircraft. Each flight is different, so you are learning all the time. But I was always most interested in aerobatics from a competitive point of view. I’m also now very interested in new approaches to design.

How important is the aircraft when it comes to winning F3A competitions?

At entry level, how you pilot the aircraft probably accounts for 80% of your success. But when you reach the higher level, the machine becomes more important and I would say it is 50% piloting and 50% design, with little details making all the difference.

What is your advice for young pilots who dream of emulating your success?

My advice to young pilots would be to take their time. You won’t get immediate results, but if you are not in too much of a rush you will get there.

The standard of the pilots taking part in high-level competitions today is quite similar, so you need to find a way to stand out. The best way to do this is to listen to the judges, ask for their feedback and take it on board. Then try to show them new things.